“All engines running … Liftoff! We have liftoff”.

With those words from mission control, the Apollo 11 mission was sent skyward* in a cloud of smoke and fire at 9.32am (US time) on July 16, 1969 as millions of people watched — and held their breath — around the world.

The powerful Saturn V rocket took off from the Kennedy Space Centre in Florida, sending mission commander Neil Armstrong, Edwin “Buzz” Aldrin and Michael Collins on their way to the moon. 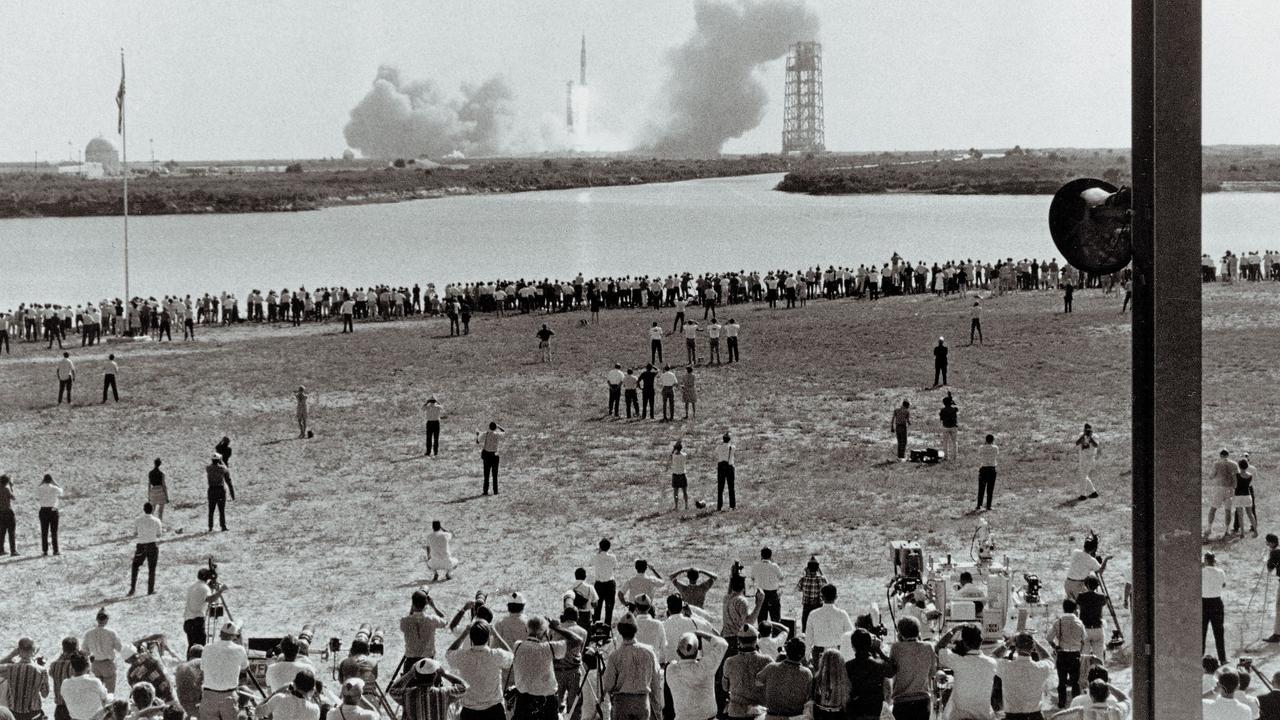 Some of the thousands of people who camped out on beaches and roads adjacent to the Kennedy Space Centre in Florida to watch the Apollo 11 mission liftoff in July 1969. Picture: AFP/NASA

It would take three days for them to reach their destination.

Just over a minute after takeoff, stage one of the Saturn V rocket was out of fuel and fell back to Earth.

As they reached the darkness of space, stage two was empty of fuel and also fell away.

About three hours after liftout, it was time for the crew to ditch the third stage of the Saturn V rocket and rearrange the command and lunar modules for the rest of the trip. Collins had to detach* the Columbia Command Module, in which the astronauts made the trip, from the rocket stage. That uncovered the Eagle Lunar Model, which had ridden into space inside Saturn V’s third stage.

Next, Collins connected the top of the Eagle to the nose of Columbia.

At this point, the astronauts experienced weightlessness* for the first time, changed from their protective launch suits into lighter nylon jumpsuits and had something to eat. Their first meal was beef and potatoes, butterscotch pudding, chocolate brownies and grape juice.

Apollo astronauts were first to have hot water in space, which made rehydrating foods easier and improved the food’s taste. 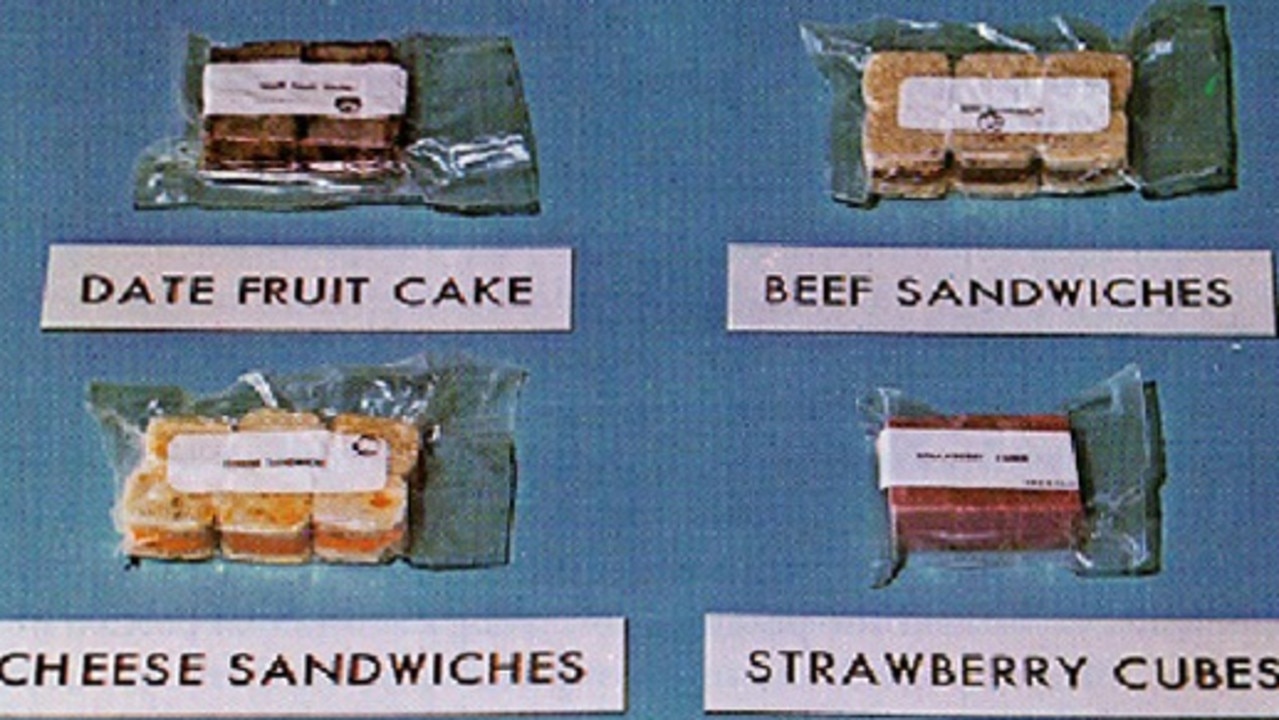 Some of the foods on offer for astronauts on the Apollo 11 mission. Picture: NASA

Once dinner was over, they covered the windows in the command module to block out the sun and had a sleep in sleeping bags which could either float free or be tied down.

Upon waking, there were two more days of travel and not much else to do apart from routine work to keep the spaceship running smoothly.

The trio filmed a short movie to be screened back home and also did some daily exercise.

Sometimes, Armstrong, Aldrin and Collins did callisthenics (which is similar to gymnastics), but they also used an elastic piece of equipment called the Exer-Genie, which could be used in different ways to build strength.

As a guideline, NASA told the Apollo astronauts to exercise several times each day for 15 to 30 minutes.

Things like going to the toilet on the spacecraft were complicated and involved having “to go” over a funnel to suck the urine and poop into a separate collection bag.

On the third day, it was time for the astronauts to complete another “burn”, which means using the propulsion systems to change the orbit of a spacecraft. This burn would slow the spacecraft and allow it to orbit the moon until the astronauts were ready to send the lunar module to the moon’s surface.

The most important and dangerous part of the Apollo 11 mission was about to begin.

Part 5: Inside the Saturn V rocket and Apollo 11

Part 7: Landing on the moon

HAVE YOUR SAY: Which part of the journey to the moon would you like to experience? Weightlessness, sleeping while floating or exercising in zero gravity?
No one-word answers. Use full sentences to explain your thinking.