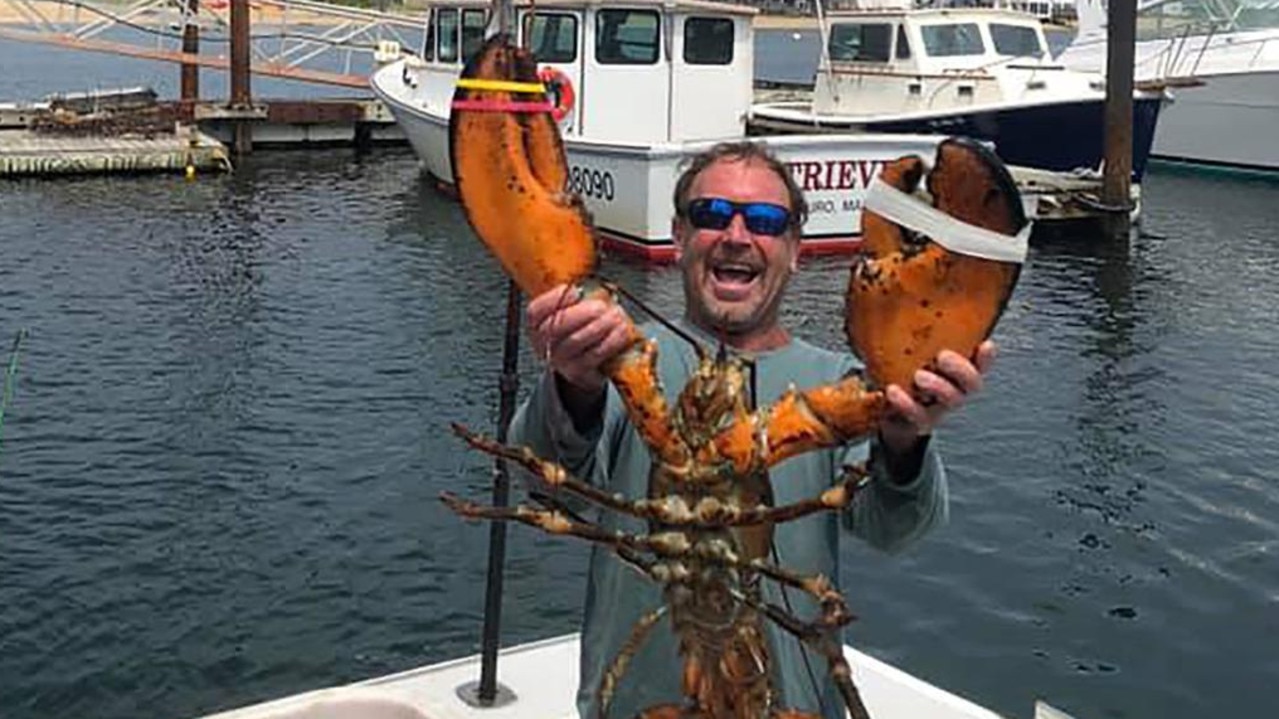 Lobster diver Michael Packard with a lobster before being accidentally eaten by a humpback whale. Picture: Facebook

A man has been eaten by a whale and lived to tell the tale.

Like Jonah from the famous religious stories, professional* lobster diver Michael Packard was scooped up whole by a humpback whale. He was trapped inside its mouth for nearly a minute.

The whale, swimming off the coast of Provincetown, Massachusetts, US, then coughed Mr Packard back up, according to a report.

Mr Packard, 56, was about 14m below the surface of the water near Herring Cove Beach at 8am on Friday when the massive mammal tried to turn him into breakfast, the Cape Cod Times reported. 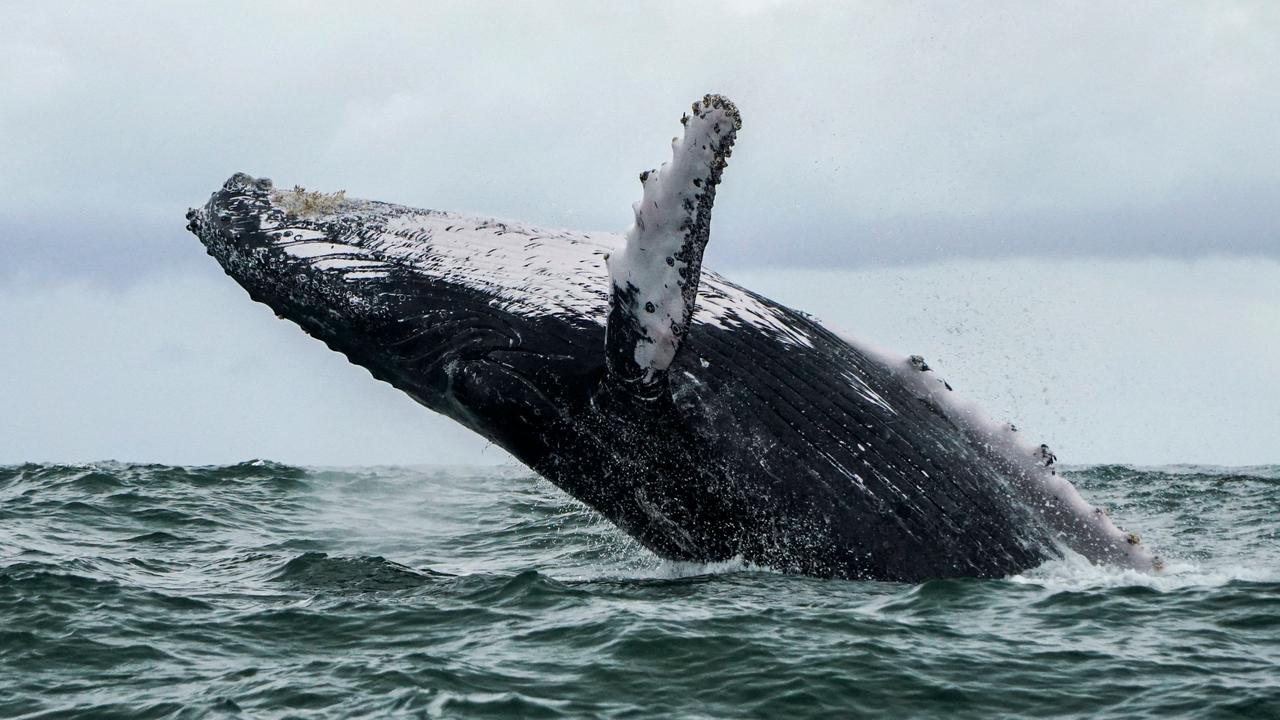 A humpback whale in the Pacific Ocean at the Uramba Bahia Malaga National Natural Park, Colombia. The whale whose mouth Michael Packard ended up in was also a humpback that most likely accidentally scooped him up while gathering fish. Picture: AFP

“All of a sudden, I felt this huge shove and the next thing I knew it was completely black,” Mr Packard said.

“I could sense I was moving, and I could feel the whale squeezing with the muscles in his mouth.”

Stunned, his first thought was that he’d been snapped up by a great white shark — and was done for*.

Mr Packard said he thought to himself “This is it, I’m gonna die.”

But when he realised he could feel no teeth, he began struggling and felt the whale shaking his head in discomfort.

Within 40 seconds the whale spat him back out into the ocean.

“I saw light, and he started throwing his head side-to-side and the next thing I knew I was outside (in the water),” Mr Packard said.

“My first thought was I can’t believe I got out of that situation. My second thought was for how injured I was.”

He plucked Mr Packard out of the sea, and rushed him to a hospital, where he was treated for soft-tissue* damage to his leg.

An expert said the whale was likely a juvenile*, and may have swallowed Mr Packard accidentally, not seeing the diver while his mouth was open wide to scoop up little fish.

One of the most famous is about a man named Jonah or Jonas, told in Jewish, Islamic and Christian religious texts. Some versions use the story as a way to teach people about forgiveness.

In the 1940 Disney film Pinocchio, the puppet boy and his father Geppetto are swallowed by a mean whale called Monstro. Pinocchio and Geppetto light a fire inside the whale’s belly to force the whale to spit them back out. 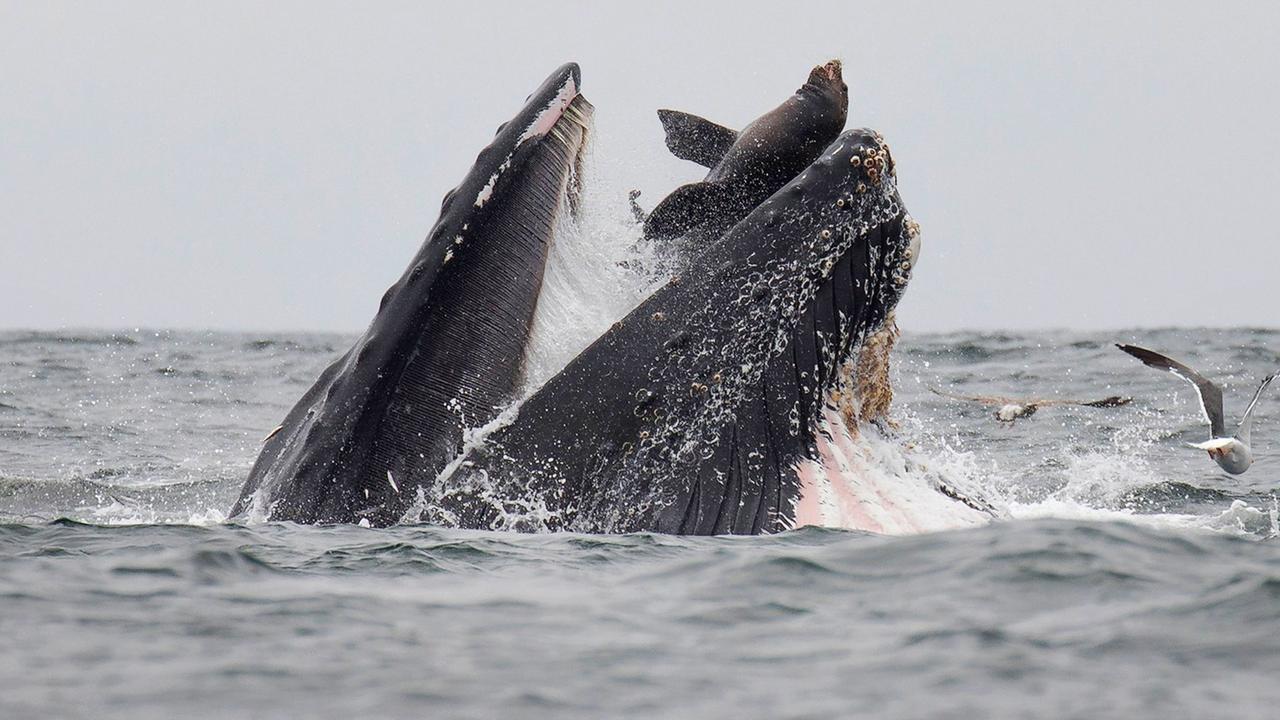 Like Michael Packard, this sea lion had a lucky escape when this humpback whale spat it out in 2019 in Monterey Bay, California, US. Picture: AFP/Chas Dekker

CLASSROOM ACTIVITIES
1. Whale Tale
Try and imagine if you can, what Michael would have seen, heard and felt while he was swallowed by the whale and trapped inside him. What would you have done in this situation? Use a diagram like this to record your answers.

2. Extension
Work with a classmate and think of some business or career opportunities Michael Packard may want to look into to tell this amazing story. Could he make money from this experience or how might it change his life in other ways?