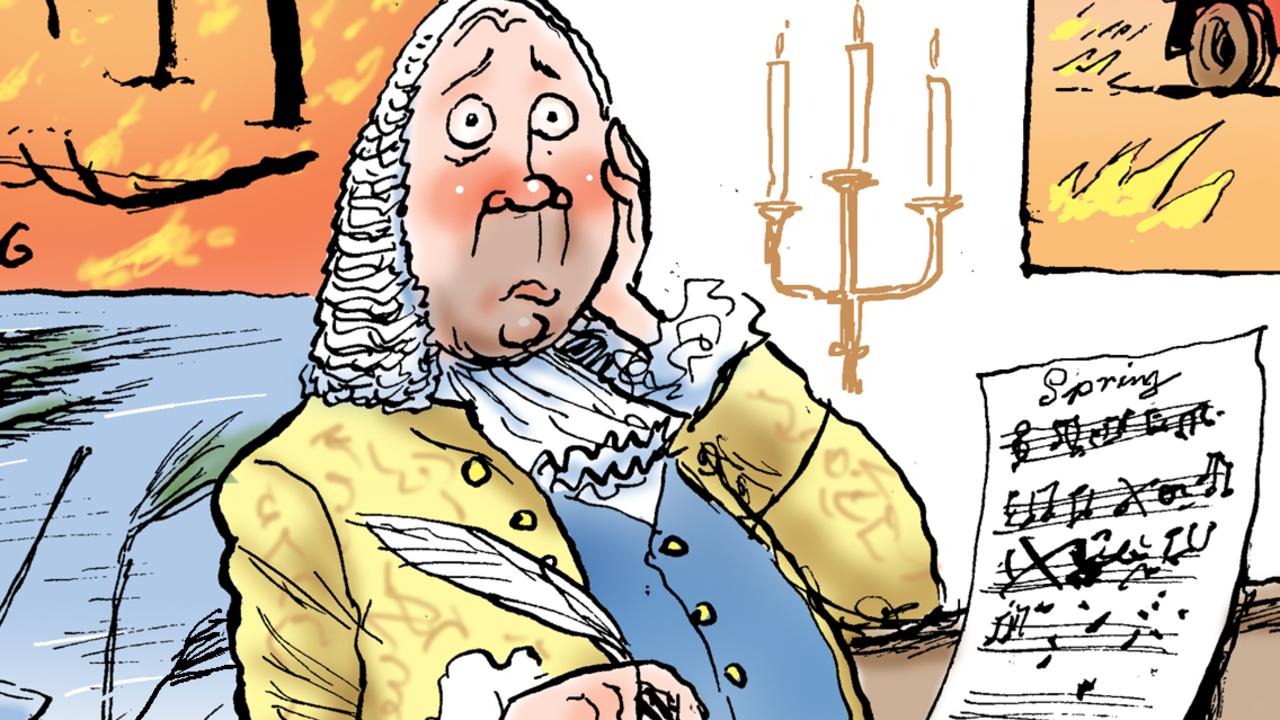 Climate and weather stories are frequently* in the news. In the famous Dorothy Mackellar poem My Country she sums up Australia and its changing climate beautifully with a few lines:

“I love a sunburnt country,

a land of sweeping plains,

Of droughts and flooding rains.”

At the moment, NSW and Queensland are in the grip of a major drought that has caused bushfires as early as the first day of spring.

I wanted to make comment in a cartoon on our changing weather patterns and the debate about man-made climate change in a week of disastrous meteorological* events. The Bahamas, just off the southern coast of the US, was hit by the massive Hurricane Dorian. It flattened islands, destroyed island towns and caused major destruction*.

Then we had the fires in Australia at a time of year when we don’t normally have them, especially in Queensland where fires are less likely in the tropical climate than in the drier summers experienced in the southern states.

Queensland bushfires: Inside the devastation

I thought to myself, it looks like anything goes these days with bushfires at the start of spring. What will summer be like? Our seasons seem to be all over the place!

Where should I start in trying to create a cartoon on the weather?

Sometimes you have to look in the strangest places. There is a famous Italian composer* called Antonio Vivaldi, who lived in the 1600s and 1700s in Venice, Italy.

Let’s start there, I decided. It is a symphony of four individual pieces of music: spring, summer autumn and winter.

As their names suggest, the music of each piece attempts to describe each of the four seasons. Spring, for example, is lively in its musical style. Violins and violas* try to give the impression of nature as it wakes from its winter slumber, flowers bloom, and butterflies flutter. In contrast*, winter is darker with heavier sounds trying to create the feeling of the start of colder weather.

Hmmm, I thought. I wondered how Mr Vivaldi might go about writing The Four Seasons in this age of changing climates. Our weather patterns are not as predictable as they once were. Take our spring, for example. Rather than gently waking nature from its winter slumber with the warm sun encouraging flowers to open, we have spring in NSW and Queensland with bushfires and people evacuating entire towns.

I thought this was an interesting way describe the changing climate. What was normal once, is now different. Next I had to work out how I would draw it. There are no photographs of Vivaldi just a few paintings of him from the 18th century, so I would have to create him from my imagination — which would be fun.

I thought he should be the centre of the drawing, looking confused and puzzled about today’s climate and weather, just as the public is today.

To set the scene the composer would be sitting at his piano, with his quill* and paper trying to write a musical soundtrack to bushfires, droughts, hurricanes, floods and tornadoes!

In the end I thought it best to have the four seasons around him starting with spring. But it was not the spring that Vivaldi knew, it was the Australian spring of 2019 — a firestorm!

I drew summer as Victoria’s notorious fire season, autumn was pictured as Hurricane Dorian and for winter I finished off with a Category 5* weather system. All images we are familiar with from the news.

What would The Four Seasons sound like if written today? As my little pig who appears in the corner of all my cartoons says, “It would sound like a rock opera!” He’s probably right.

Inside the eye of Hurricane Dorian

Innocent victims of the Amazon fires

CLASSROOM ACTIVITIES
1. Draw your own four seasons
Read Mark’s explanation on what the four seasons mean to him and why he drew each picture surrounding Vivaldi in his cartoon.

Now think about what the four seasons mean to you. Draw yourself in the centre and then draw your four seaons around you. (For example, does winter mean skiing to you, or summer mean days at the beach etc)

VCOP ACTIVITY
Wondrous wow words
After reading the article, with a partner, highlight as many wow words or ambitious pieces of vocabulary that you can find in yellow. Discuss the meanings of these words and see if you can use them orally in another sentence.

HAVE YOUR SAY: What is your favourite season? Why do you like it so much?
No one-word answers. Use full sentences to explain your thinking. No comments will show until approved by editors.