Aussie wound glue to save lives on battlefield MeTro is a highly elastic and adhesive surgical glue that quickly seals wounds without the need for common staples or sutures and could transform how surgeries are performed.

An Australian scientist’s “wound glue” invention could save lives, improve surgery and help reduce scarring. The invention is ready to be tested on humans.

The glue, which works with a special UV* light, could seal terrible injuries, stop bleeding in just 60 seconds and help wounds heal in half the normal time.

The gel-like material has already been tested on animals and successfully sealed cuts in the arteries* and lungs of rodents and the lungs of pigs, without the need for stitches and staples.

The Returned and Services League, which is a support organisation for armed services men and women, is helping pay for the research. The ‘wound glue’ invention to seal wounds could be very useful in surgery, so that internal wounds wouldn’t need stitches or staples.

The product called MeTro is a type of recombinant tropoelastin. That means it is a substance that is made out of the building blocks of a protein called elastin, taken apart and put back together again. It is grown and harvested from bacteria and is an exact replica* of the protein that gives human body parts strength and elasticity — allowing blood vessels to expand and contract, the skin to stretch and muscles to move. MeTro is an elastic and adhesive surgical glue that quickly seals wounds without the need for staples or stitches.

Professor Weiss said it will be able to immediately seal off blood flow in someone with traumatic injuries such as bomb victims.

“Imagine a severe injury, someone was injured by an IED (Improvised Explosive Device, or a type of bomb) and was on the ground suffering a major blood vessel bleed and their life was at stake,” he said.

“The key is to rapidly seal off the blood flow with a liquid sealant* (tropoelastin) squirted on the site. Then you would shine a special light on it to seal it,” he said.

“In less than one minute there would be an elastic seal flowing over the broken blood vessel and the person’s life would be saved,” Professor Weiss said.

When the substance comes in contact with tissue it solidifies into a gel that does not run off and it has special light-activated technology that helps it solidify and merge* with surrounding tissue when a particular type of light is shone on it. 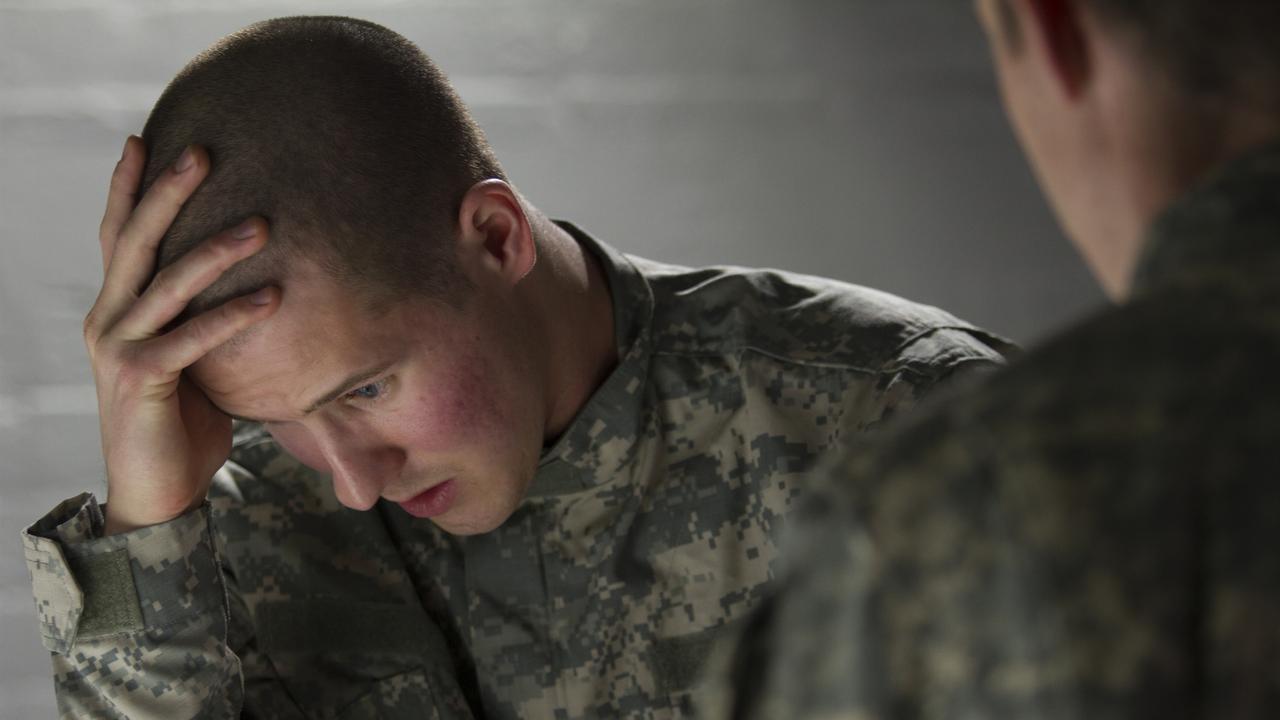 MeTro could also transform how surgery is done, allowing doctors to seal internal wounds in hard-to-reach areas without using stitches or staples.

It is ideal for sealing wounds in body tissues that continually expand and relax — such as lungs, hearts and arteries — that are otherwise at risk of reopening.

Professor Weiss says it could limit scar tissue and reduce the number of operations needed by people who suffer severe injuries.

Another version of the substance developed for use in cosmetic medicine as an injectable filler that can also treat stretch marks and scars was sold to a big pharmaceutical company called Allergan in February. Allergan is applying for government approval to use it in the US.

“One of the things that excites me is that you are doing things that helps people injured in the military but the benefits flow on to broader society,” Professor Weiss said.

“The ambulance could have it, it’s smart Aussie science,” he said.

“The Returned & Services League of Australia is proud to be able to support the Weiss Laboratory, at the University of Sydney’s Charles Perkins Centre, in researching the potential life changing benefits of Tropoelastin,” said John Sheldrick the Chairman of RSL National Trustees.

“Many veterans of conflicts suffer from injuries obtained in service to our country and supporting such medical research is another way that the RSL continues with its objectives* in assisting veterans and their families,” he said. Peter Hughes’ hand. Mr Hughes was badly burned in the Bali bombings but was healed using spray on skin. You can learn more about this invention below. Picture: Susan Brown

Surgeon Fiona Wood, who is British but based in Perth, Western Australia, is famous for her invention of spray-on skin for people who are burned.

The invention, which she developed with US scientist Marie Stoner, was a way of quickly making replacement cells to spray onto burns. The invention is continually improving.

At the moment, a small number of cells can be grown to a big quantity in five days, flown to where they are needed and be used on the injured person the next day. The skin cells either come from the person who is burned or from a skin donor.

Dr Wood led a team of medical experts to save 28 people who were burned by exploding bombs in Bali in 2002. In 2007 she travelled to Indonesia to help save people injured when an aeroplane crash landed.

What happens when you get sunburnt?

Mapping the building blocks of life

Real reason why we have eyebrows

arteries: main tubes that carry blood from the heart around the body

sealant: thing that seals something

merge: move into and become part of

instigated: made it start

1. What does the “wound glue” need to make it work?

2. What has it been tested on so far?

3. If someone was injured in a bomb blast, what two steps would take place to stop bleeding with this invention?

4. Why would the RSL want this invention?

5. Describe Fiona Wood’s invention and how it is made.

Now that you know all about “wound glue”, do you think you could explain the concept to other people?

Write down two summaries of the invention, for two different audiences. Your choice of words and detail should be appropriate for the audience it is directed at.

The first summary should be how you would explain “wound glue” to a 4-year-old child.

The second summary should be how you would explain “wound glue” to an adult with a good understanding of science and medicine.

Extension: Professor Weiss needs $1 million to cover the cost of human clinical testing. Make a list of good reasons why a person or organisation should provide this funding.

Can you think of any reasons not to move on to human clinical testing?

HAVE YOUR SAY: If you had $1 million to spend only on medical research, would you sponsor the “wound glue” trials? Why or why not? Use full sentences to explain your thinking. No one-word answers.