After 41 years travelling, Voyager 2 finally moved into interstellar space, and Australia was listening 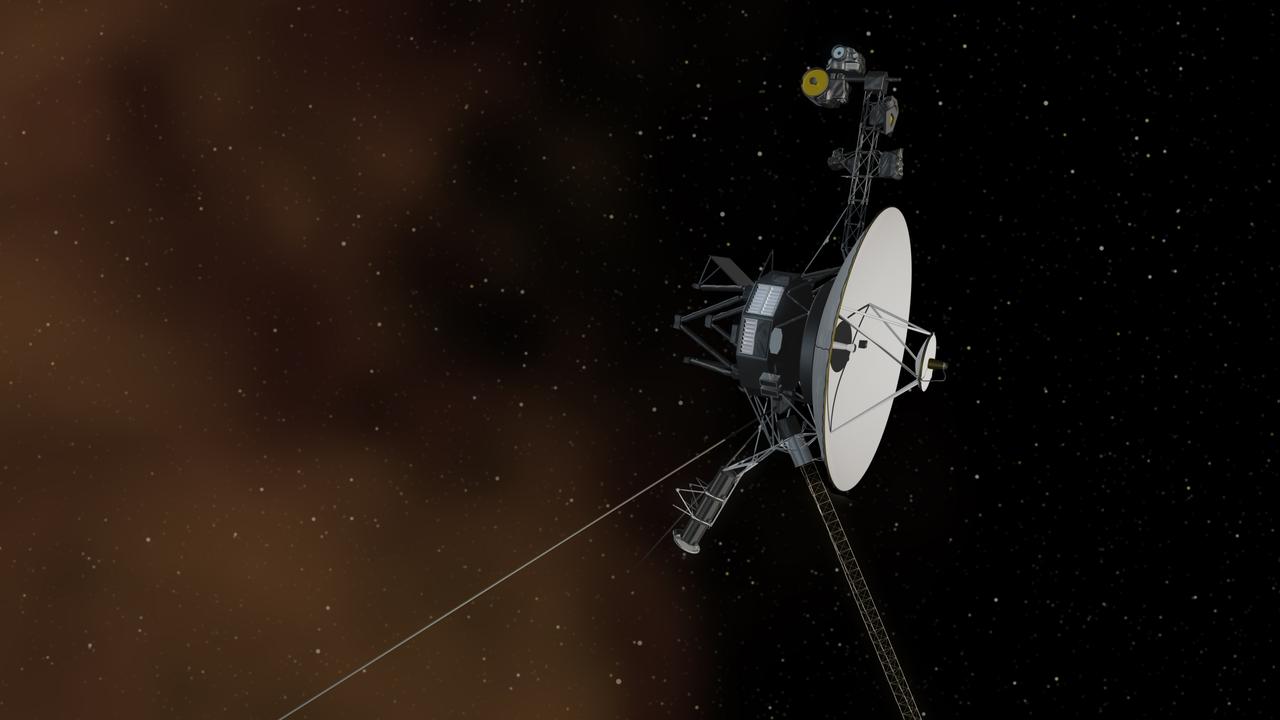 Australia’s famous Parkes radio telescope has listened in as Voyager 2 became just the second spacecraft to leave the Sun’s heliosphere and move into interstellar* space.

Mission staff announced yesterday that Parkes received the signals from Voyager 2 as it officially exited our Sun’s heliosphere. The heliosphere is a protective bubble created by the Sun. It then crossed into interstellar space on November 5.

At the time, it was located 18 billion kilometres from Earth and travelling at 55,346 km/h. This is a NASA drawing of Voyager 1 (top) and 2 (bottom) leaving the solar bubble of our solar system and moving into interstellar space towards another star. Picture: AFP/NASA/JPL-CALTECH

CDSCC’s 70m antenna* and Parkes’ 64m radio dish are the only facilities* in the world capable of maintaining contact with the spacecraft as it moves in a southward direction away from Earth. Telescopes and antennas in the northern hemisphere aren’t pointing in the right direction. Voyager 2 launched in 1977 and is the only craft to have visited Uranus and Neptune and has now crossed to interstellar space where its twin, Voyager 1, has been since 2012.

CSIRO astronomy director Dr Douglas Bock said CDSCC “has been providing command, telemetry* and control for the twin Voyager spacecraft” since their launch. CSIRO is the Australian government’s science research organisation. It works with NASA and runs CDSCC and the Parkes telescope.

During its travel through the solar system, Voyager 2 visited all four gas giant planets and discovered and photographed many of the planets’ moons. 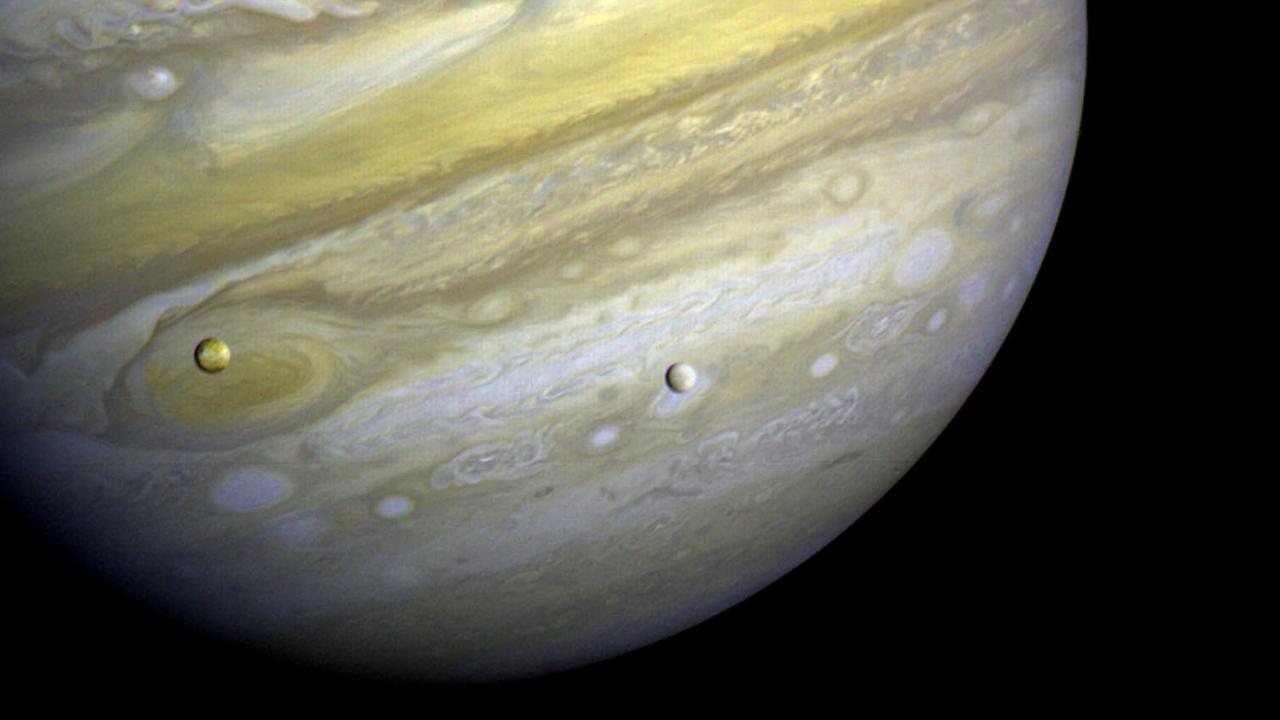 Jupiter and two of its moons, a photo taken by Voyager 2 in 1979. Picture: NASA/JPL 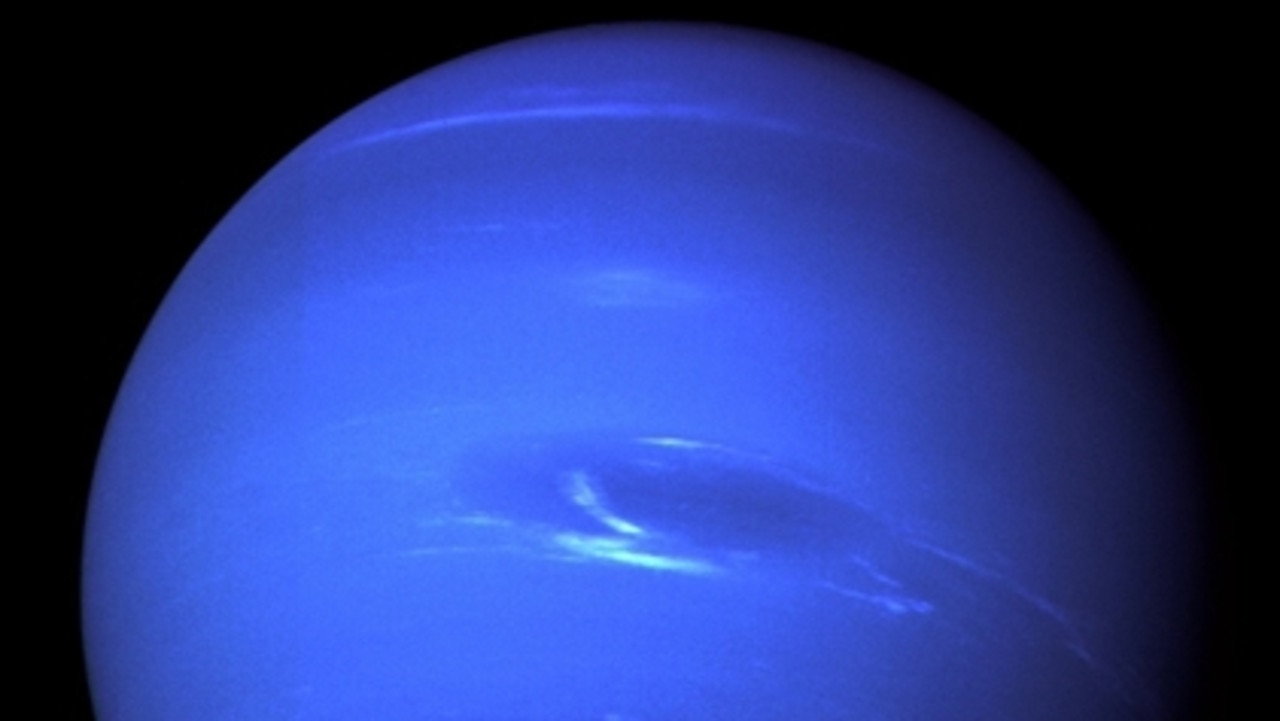 The blue planet Neptune and its largest moon, Triton, in a photo taken by the Voyager 2 spacecraft in 1989. Picture: NASA

In 1998, engineers switched off the spacecraft’s non-essential instruments to conserve* power. CSIRO spokesman Glen Nagle said information from at least some of the six instruments still in operation should be received until at least 2025 and possibly beyond 2030.

“The Parkes telescope will be tracking Voyager 2 for 11 hours a day while the spacecraft is observable from Parkes,” Dr Bock said.

PARKES OBSERVATORY
Its nickname is “The Dish”.

It is a radio telescope, which means it receives signals called radio waves from space into its big dish.

It opened in 1961 and has operated almost continuously ever since.

The Dish is 20km north of the town of Parkes in central west NSW, away from lights and other signals that could interfere with radio waves coming to Earth from space.

It was one of several radio telescopes that received live images from the Apollo 11 Moon landing in 1969, which were televised live around the world.

“Our team at Parkes has partnered with NASA on some of humanity’s most momentous steps in space, including the landing of the Mars Rover Curiosity and, almost 50 years ago, the Apollo 11 Moon landing,” CSIRO chief executive Dr Larry Marshall said. 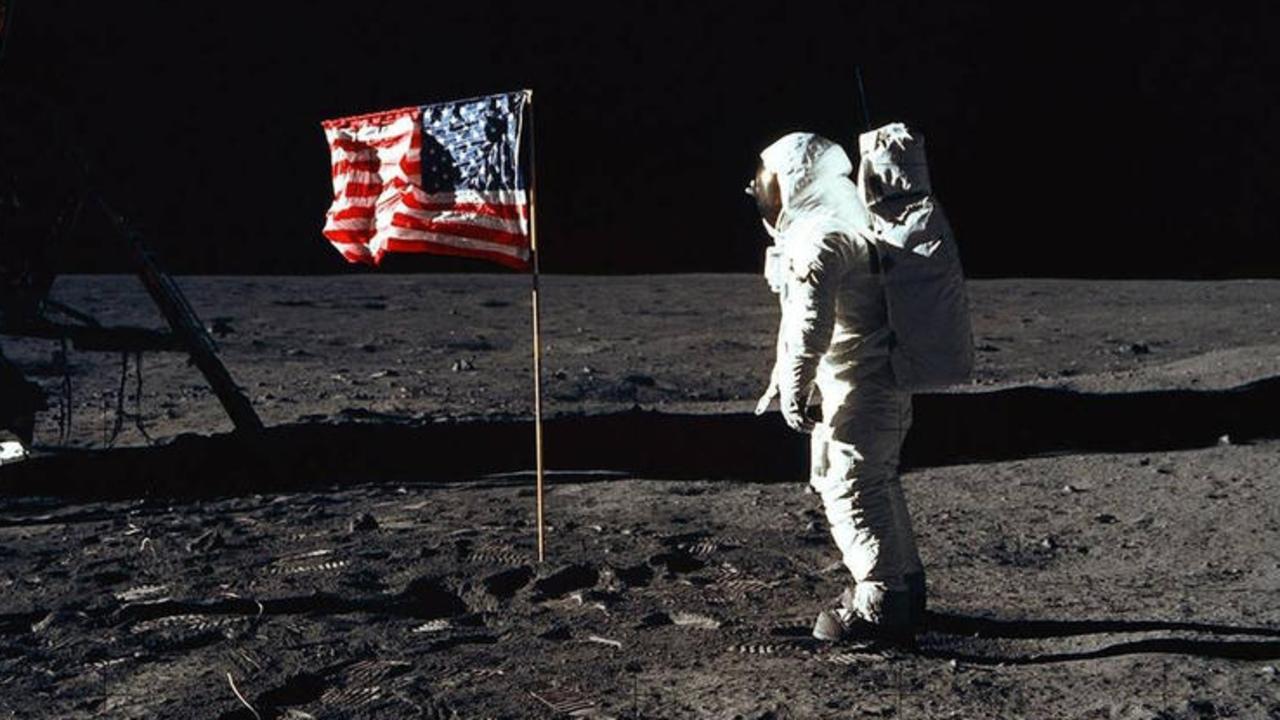 July 20, 1969: astronaut Edwin (Buzz) Aldrin poses for a photograph beside the US flag during the Apollo lunar mission. Astronaut Neil Armstrong took this photo. Picture: NASA

CLASSROOM ACTIVITIES
1. Voyager Twins
Create a timeline with diagrams or pictures of the journey Voyager II has been on since entering space in 1977. Include as much detail as possible.

2. Extension
Why is The Dish in Parkes a valuable part of the Voyager II journey?

HAVE YOUR SAY: If you could send a message back to Voyager II, what would you say?
No one-word answers. Use full sentences to explain your thinking.