The Black Sky Aerospace rocket launched from a site on the NSW-Queensland border on Monday, reaching 9000m before parachuting successfully back to Earth. Picture: supplied via NCA NewsWire

Australia has re-entered the space race with the successful launch of a domestically designed, made and powered rocket – the first in more than 40 years.

Monday’s rocket launch near the NSW-Queensland border lasted about four minutes, the rocket reaching over 9000m before parachuting back to Earth.

The milestone* for Black Sky Aerospace was the first of the company’s four-step process ahead of another launch next year to cross the Kármán Line* that marks the unofficial border between Earth and space.

This was the second attempt at the purpose-built site near Goondiwindi. The maiden* mission was aborted* last September just minutes before launch, due to weather and a series of technical issues.

It is believed to be the first time since 1971 that a locally made, designed and powered rocket, powered with solid rocket fuel, has been launched. 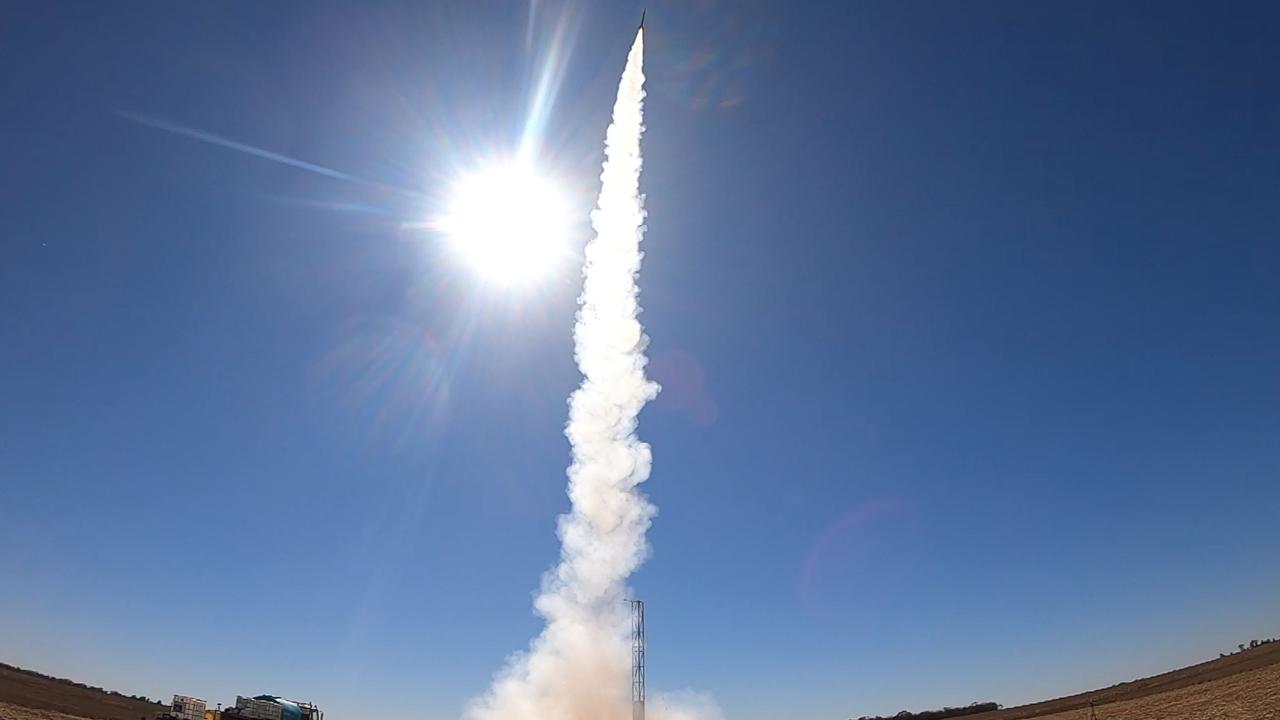 Monday’s launch is believed to be the first time since 1971 that a locally made, designed and powered rocket, powered with solid rocket fuel, has been launched. Picture: supplied via NCA NewsWire

“We set out to get the mission completed and we hit the milestones,” an ecstatic* Black Sky CEO and founder Blake Nikolic said, describing his relief, satisfaction and pride in the team.

“There is a lot of hard work and planning so it’s deflating* when things don’t go to plan or there are delays. But having it go off the way it did … it is exciting now to know we can do everything completely in Australia.

“A lot of people talk about Australia being late to the game but that’s not the issue, it’s the fact we are now in the game, that’s what is most important.

“In the grand scheme of things we are a bit late but it’s a very positive pathway … we are expecting to be the first launch provider from Australia to go to space.”

It’s been a careful journey for the south east Queensland aero company, beginning in 2018 with Australia’s first suborbital* rocket launch – a major step in the country’s emerging space industry. The Black Sky Aerospace rocket launched from a site on the NSW-Queensland border on Monday, landing in this field after parachuting successfully back to Earth. Picture: supplied via NCA NewsWire

Mr Nikolic, a former Army pilot and big scale fireworks and explosives expert, said Black Sky also had a close eye on defence, with the same tech for space as for guided weapons, which the Australian government was looking to establish as a domestic industry.

“This takes that forward as well,” Mr Nikolic said, not least of all with homemade solid rocket fuel and avionics*.

“There are too many risks to be reliant on other countries. We’ve learnt a lot of things through Covid and with global situations at the moment, the defence side is becoming a very critical element of Australia’s sovereign* capability that the (Australian) government is looking for.” 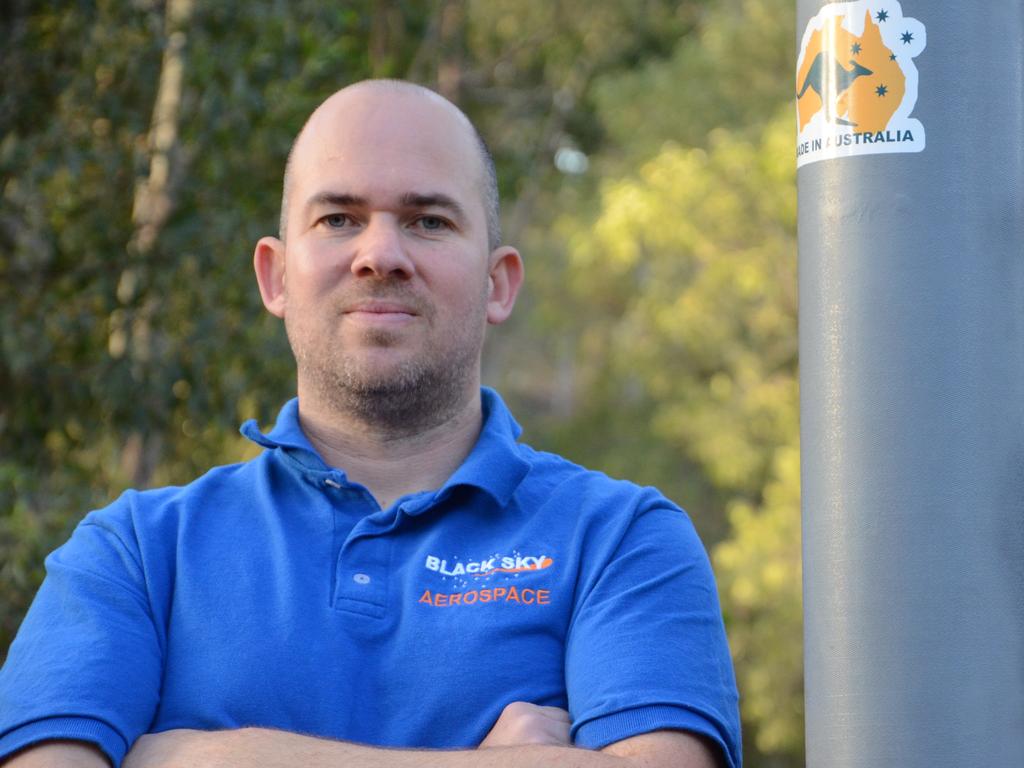 He said the knowledge gained from this launch would progress the overall space program.

“It is important for us to treat this in a stepping stone approach, it’s what we build on every time we do activity, we get more data, characterise the vehicle more, the propellant* more,” he said.

“Think of it as rungs of a ladder. If any are missing you don’t know how you are going to reach the next level. Each launch progresses to a higher performance, faster performance, a longer range and more complex system, so this is our ability to test, retest and prove our system so it gives us certainty.”

CLASSROOM ACTIVITIES
1. Australian rocket launcher
Work with a partner and make a list of the different ways or possibilities of how this rocket launching technology could be used in Australia;

2. Extension
In what ways can this rocket launching technology be used as part of Australia’s defence force and strategies?

Do you think Australia needs its own technologies such as this rather than relying on other countries? Why or why not?

VCOP ACTIVITY
1. What happens next?
Imagine this story becomes part of an animated series made up of three cartoons. The three cartoons tell the complete story and this article is only Part 1. Think about what the rest of the story could be and draw the next two cartoons that tell the story.