Do you have what it takes to become an astronaut? NASA astronaut Bob Behnkin (who launched on the SpaceX flight to the International Space Station on May 31) during training. Picture: AP

The history-making launch of two NASA astronauts to the International Space Station on Sunday morning is getting a lot of people excited about space travel.

But for now only a few specially qualified people can go.

Becoming an astronaut has long been a dream career for many children (though a survey conducted for toymaker Lego in 2019 found a third of kids between eight and 12 now dream of careers as YouTubers).

If you want to become part of the next generation of NASA astronauts you’ll need more than a dream and lots of good luck. Astronaut Michael Collins in the training centrifuge before the Apollo 11 mission in 1969. The centrifuge would swing at high speed, simulating the G-forces astronauts would experience during launch and re-entry. From the book Rare Views and Undiscovered Moments. Picture: NASA/ University Press of Florida

TOO BIG TO FIT?
The first astronauts were chosen by the military. They were engineers* and had experience flying jets.

However, the Mercury spacecraft was only so big, so even if you were qualified, those taller than 180cm were rejected because they wouldn’t fit inside.

The current height restriction has been lifted to 190cm, with a minimum of 157cm.

STEM STARS WANTED
If you want to be a NASA astronaut nowadays you’ll also need a master’s degree* in a STEM (Science, Technology, Engineering and Mathematics) area of study from one of the universities NASA has approved.

Even after you get the right degree from the right school you need to have at least two years experience working in a relevant* job.

An example of the kind of experience you need is at least 1000 hours as the pilot-in-command aboard a jet aircraft. You also have to be a citizen of the US.

And astronauts need to pass NASA’s long-duration space flight physical, which requires you to have good vision (or at least not so bad that it can’t be corrected to 20/20* in each eye).

Your blood pressure* also needs to be below 140/90 while sitting.

If you manage to make it past that stage, NASA’s next chance to dash* your dreams comes in the form of a week-long process of personal interviews and medical checks.

If you pass those and are selected by NASA then congratulations, you’re an astronaut candidate*! 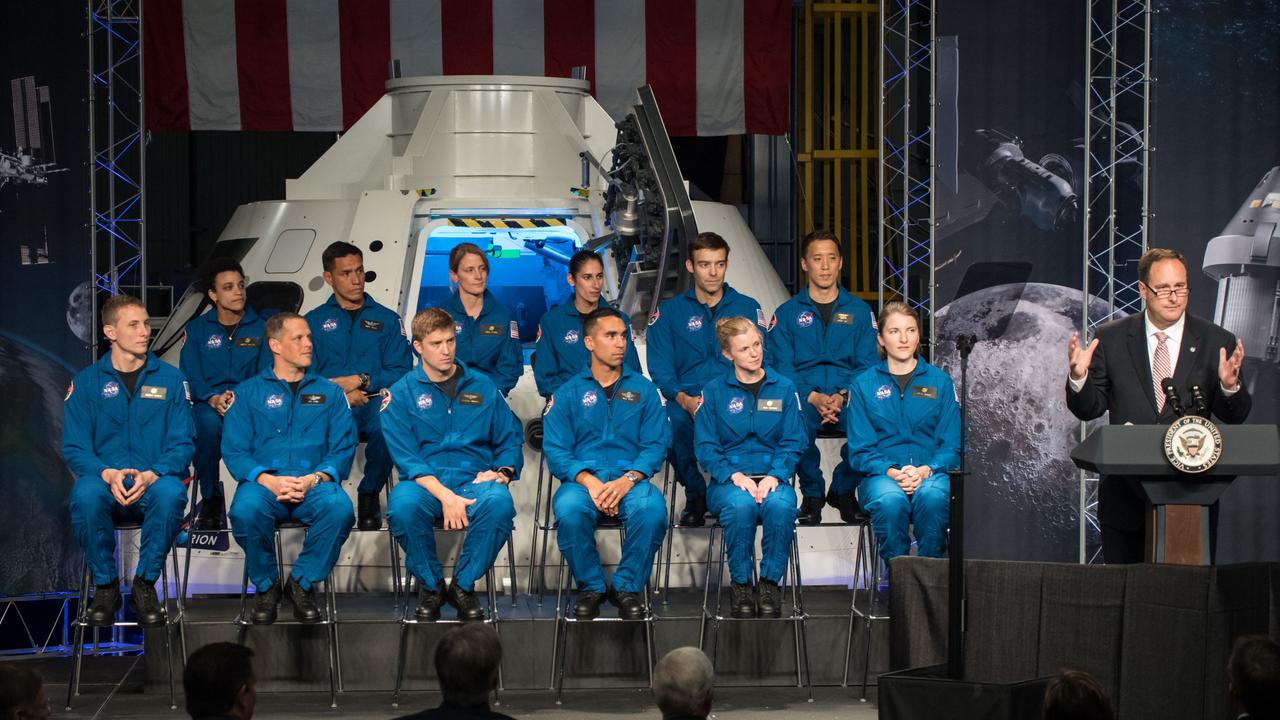 WAIT, THERE’S MORE!
Time to pack your bags because you’re off to Houston, Texas, US for another two years of training and testing at the Astronaut Office at the Johnson Space Centre.

Here’s where things start to get really difficult, but NASA will at least pay you for your time.

Astronaut candidates are paid between $77,573 and $169,852 a year in the program, depending on the level of experience they enter with.

While the program can take two years, within the first month you need to be able to swim 75m without stopping, and then do it again wearing a flight suit and tennis shoes.

The flight suit stays on for the next test: Treading water for 10 minutes. climbs to an altitude and then dives back towards the ground so that those on-board experience weightlessness for up to 20 seconds at a time.

The plane then climbs back up to the right altitude and repeats the process, sometimes as many as 40 times a day.

Other flight experience is also required.

Astronauts who were already pilots fly 15 hours a month in a T38 trainer jet, while non-pilot astronauts do at least four hours a month.

You’ll also need to learn how to speak Russian in order to be able to communicate with cosmonauts* aboard the International Space Station.

Do you have what it takes? NASA SpaceX astronauts Douglas Hurley (right) and Robert Behnken (2nd right) arriving after the hatch opened to the International Space Station posing with other astronauts on May 31. Picture: AFP/NASA TV/handout

CLASSROOM ACTIVITIES
1. Write a Job Ad
Imagine you are in charge of hiring astronauts for NASA. Use the information in today’s story to write a job advertisement for new astronauts. Include any other things you think people would need to be considered.

2. Extension
Write a story that starts with: “Could I tread water in my flight suit for 10 minutes? I was about to find out … ”

HAVE YOUR SAY: What would you like to do when you grow up?
No one-word answers. Use full sentences to explain your thinking. No comments will be published until approved by editors.