Mars shines brightly in the sky over Port Canaveral in Florida, US, on July 30, 2018, the last close approach to Earth. Picture: NASA

Mars is the closest it will be to Earth for the next 15 years.

Our nearest planetary* neighbour is 62.1 million kilometres away from us and you should be able to spot it without a telescope.

This may still seem like a large distance but it will make Mars easy for stargazers (and planet spotters) to see throughout October.

The planet is at its absolute closest to Earth on October 7 in Australia.

On a clear night over the next couple of weeks, you should be able to see it rise in the early evening in the east (opposite to the Sun) to the right of the Moon and towards the Pisces constellation*, rising highest in the sky around midnight (or just after) and setting in the early morning in the west. 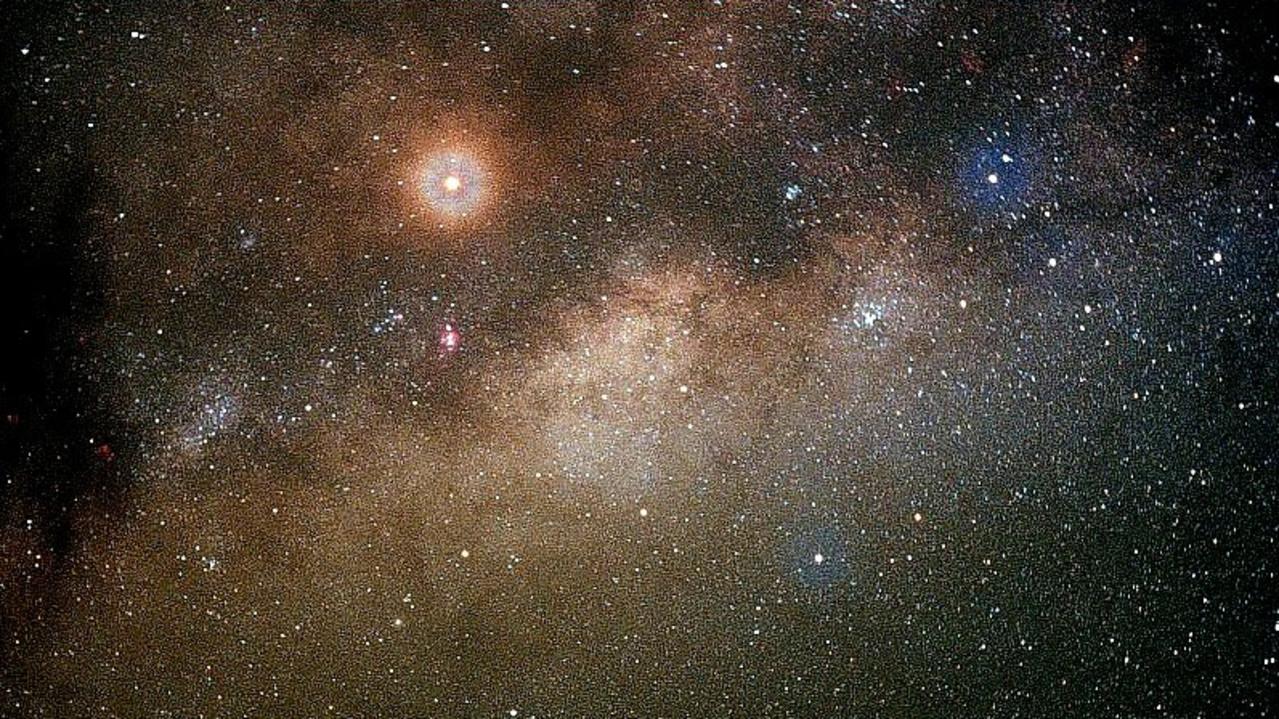 WHY IS MARS CLOSE NOW?
Mars occasionally comes closer to Earth because our planet and Mars have orbits that aren’t a true circle shape.

This means that sometimes they come closer to each other as each planet orbits the Sun.

Scientists believe the closest Mars can get to Earth is 54.6 million kilometres, though the closest point has never actually been recorded.

At its farthest away, Mars reaches a distance of 401 million kilometres.

After the Earth-Mars close approach this week, our next close encounter with Mars won’t be until 2035.

NASA explains: “Close Approach is when Mars and Earth come nearest to each other in their orbits around the Sun. Close is a relative term.

“If Earth and Mars had perfectly circular orbits, their minimum distance would always be the same. However, they have elliptical (egg-shaped) paths.”

The space agency added: “The orbits of Mars and Earth are also slightly tilted with respect to each other.

“All of these factors mean that not all close encounters are equal. In 2003, Mars made its closest approach to Earth in nearly 60,000 years! It won’t be that close again until the year 2287.

“When Mars and Earth are close to each other, Mars appears very bright in our sky. It also makes it easier to see with telescopes or the naked eye*. The Red Planet comes close enough for exceptional* viewing only once or twice every 15 or 17 years.” 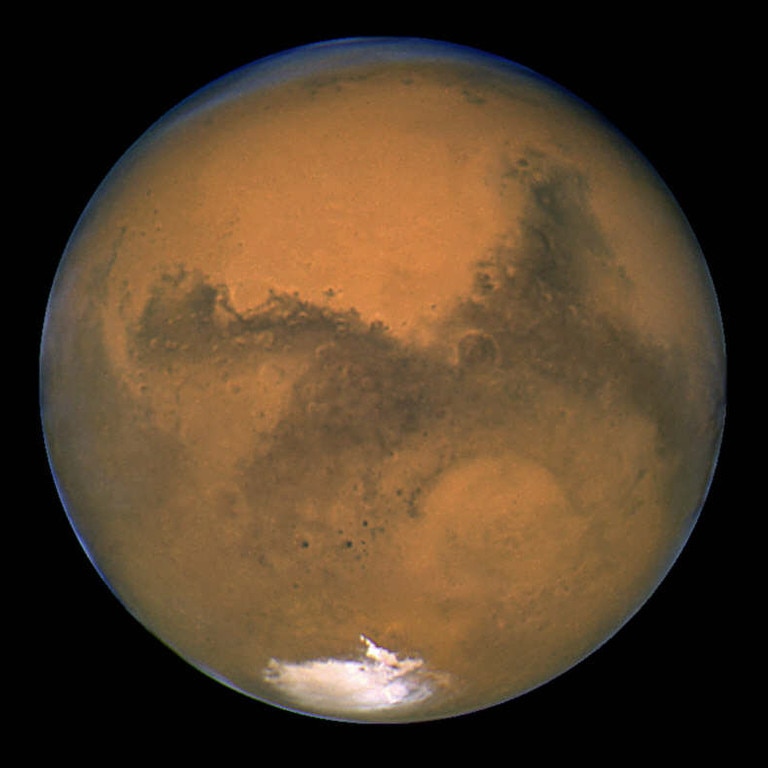 Mars, taken by Hubble Space Telescope on August 27, 2003 as it was closest to Earth than at anytime in past 60,000 years. Picture: NASA

Next week, Earth will swing between Mars and the Sun. This event, called Mars’ opposition, is on October 13, when it will be directly on the opposite side of Earth from the Sun, according to NASA.

If you’re having trouble finding Mars, consider downloading a sky scanning app on a smartphone to help you.

The website timeanddate.com/astronomy/night/ allows you to click on a map to indicate where you are and then provides you with the time and position of planets in the sky for your location. This composite image, from NASA Galileo and Mars Global Survey orbiters, of Earth and Mars was created to show the relative sizes of the two planets. Picture: NASA/JPL

FAST FACTS
Mars is the fourth planet from the Sun.

It is named after the Roman god of war.

The landmass of Mars is very similar to Earth but due to the difference in gravity you could jump three times higher there than you can here.

Mars is considered to be the second most habitable* planet after Earth.

It takes the planet 687 Earth days to orbit the Sun.

COMING SOON
The US, China and the United Arab Emirates all launched missions to Mars in July 2020, timed to make the interplanetary* journey when the travel distance is shortest and they’re in alignment* on the same side of the Sun.

NASA’s Perseverance rover is scheduled to land on Mars in February 2021. The UAE’s Hope probe and China’s Tianwen-1 are also on their way.

So far, there have been 39 missions to Mars but only 16 of these have been successful.

This is an edited version of a story first published on The Sun and republished with permission.

CLASSROOM ACTIVITIES
1. Mars Maths
After reading the Kids News story on Earth’s close encounter with Mars, answer the following maths problems getting the figures from the article (check your answers when you’ve had a go at all of them). You can use a calculator as most of them are very large numbers.

Answers are at the bottom of the story under comments. Don’t look until you have completed the activity!

2. Extension
Draw a diagram to explain to a younger student how Earth and Mars come closer together at different distances each time.

Write down a list of questions you’d like to find out about Mars and research in your own time.

HAVE YOUR SAY: What is the best thing you’ve seen in the night sky?
No one-word answers. Use full sentences to explain your thinking. No comments will be published until approved by editors.