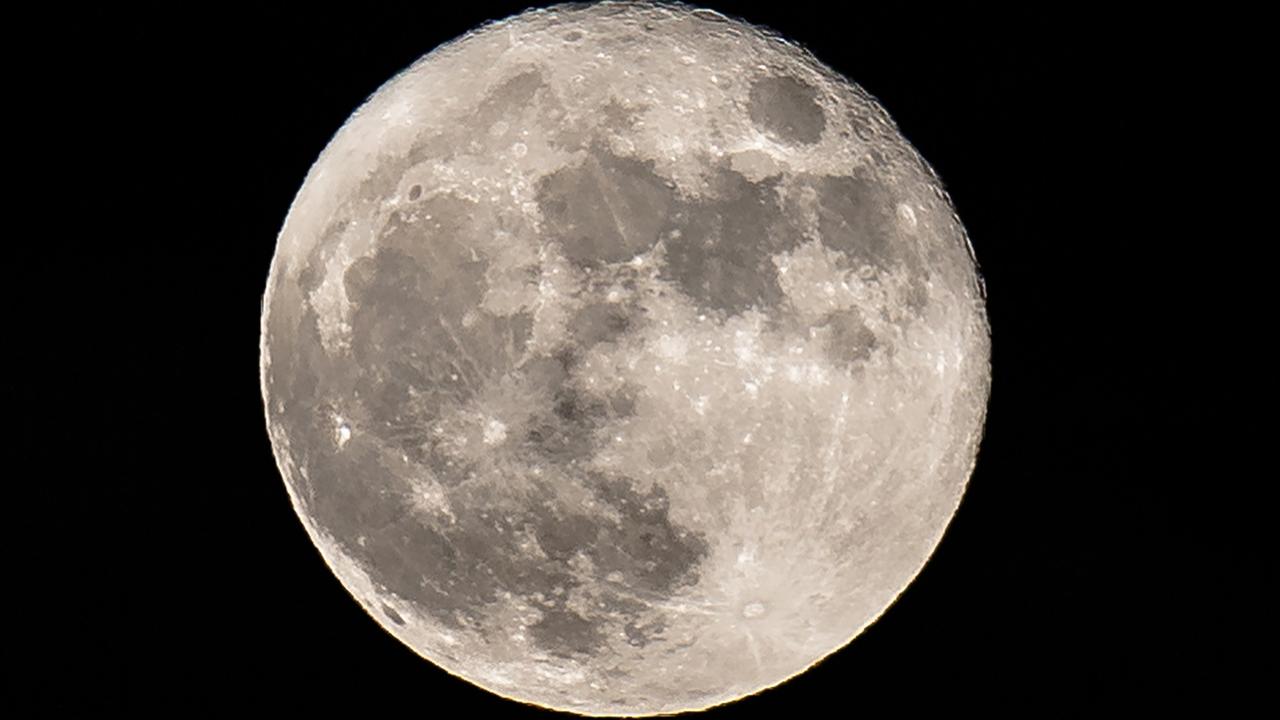 NASA has announced the discovery of water on the surface of the Moon in more places and in larger quantities than expected.

And for the first time, the presence of water on the Moon’s sunlit surface has been confirmed.

That’s good news for astronauts at future lunar bases who could use this water for drinking and making rocket fuel.

While previous observations have indicated millions of tonnes of ice in the permanently shadowed craters of the Moon’s poles, a pair of studies published in the journal Nature Astronomy take the availability of lunar surface water to a new level.

More than 40,000 square kilometres of lunar terrain have the capability to trap water in the form of ice, according to a team led by the University of Colorado’s Paul Hayne. That’s 20 per cent more area than previous estimates, he said.

The presence of water in sunlit surfaces had been previously suggested, but not confirmed. The water molecules* are so far apart that they are in neither liquid nor solid form, said lead researcher Casey Honniball of NASA’s Goddard Space Flight Center in Maryland, US.

“To be clear, this is not puddles of water,” she stressed at a news conference.

NASA’s astrophysics* director Paul Hertz said it’s too soon to know whether this water — found in and around the southern hemisphere’s sunlit Clavius Crater — would be accessible. The surface could be harder there, ruining wheels and drills. Close up of the Moon’s dusty, ancient surface. The largest crater in the image is Clavius Crater. Picture: James Barclay Kingaroy Observatory

However, these latest findings expand the possible landing spots for robots and astronauts alike — “opening up real estate* previously considered ‘off limits’ for being bone dry,” Assistant Professor Hayne said in an email.

For now, NASA said it still aims to send astronauts to the lunar south pole, especially rich in frozen water. The US government has set a deadline for this mission of 2024.

As for the shadowed areas believed to be brimming* with frozen water near the Moon’s north and south poles, temperatures are so low that they could hold onto the water for millions or even billions of years. These so-called cold traps get down to minus 163C.

Using data from NASA’s Lunar Reconnaissance Orbiter, the researchers identified cold traps as small as a few metres across and as wide as 30km and more, and used computer models to get all the way down to micrometres* in size.

“Since the little ones are too small to see from orbit, despite being vastly* more numerous*, we can’t yet identify ice inside them,” Assistant Prof Hayne said. “Once we’re on the surface, we will do that experiment.”

For the second study, scientists used NASA’s airborne infra-red* observatory Sofia to confirm the presence of water molecules on sunlit portions of the Moon just outside the polar regions. Most of these molecules are likely stored in the voids* between Moon dust and other particles or entombed* in the glassy residue* of micrometeorite impacts. In this way, the molecules can withstand the Moon’s harsh environment, scientists said.

By flying 18km above Earth, the Sofia plane is above the water vapours that can interfere with infra-red observations. 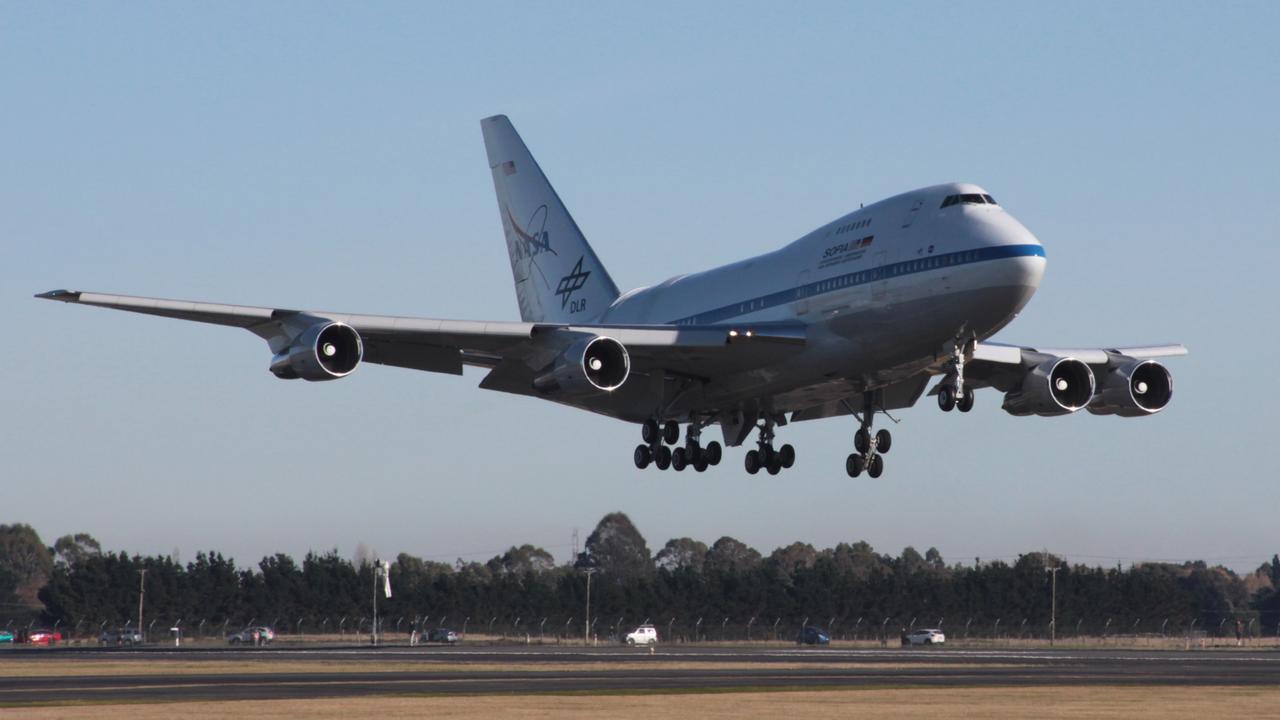 For now, Sofia can analyse only the Moon’s outermost surface, but these water molecules could be buried metres deep, Dr Honniball noted. As a comparison, the Sahara desert has 100 times the amount of water than what Sofia detected in the lunar soil.

Scientists believe all this water on the Moon came from comets, asteroids, interplanetary dust, the solar wind or even lunar volcanic eruptions. They’ll have a better idea of the sources “if we can get down on the surface and analyse samples of the ice,” Assistant Prof Hayne said.

Jason Bleacher, chief scientist for NASA’s human exploration and operations office, said at some point decisions will need to be made regarding lunar technology. Will it be easier to survive the extremely cold polar environments and tap into deep shadowed craters for water, he asked, or to dig into the Moon at the milder middle latitudes* in search of water?

“I can certainly envision* ways that robots might be beneficial in all of those,” he said.

NASA plans to launch a water-seeking rover named Viper to the Moon’s south pole by the end of 2022. Astronauts would follow in a series of missions intended to set up long-term bases. The space agency wants its new Artemis Moon-landing program to be sustainable, unlike its earlier Apollo program. The Lunark origami-inspired lunar habitat, one of the possible designs for living and working spaces on the Moon. The design is due to be tested in Northern Greenland in late 2020. Picture: SAGA Space Architects/Cover Images

ROCKET FUEL FROM WATER
It is possible to make hydrogen fuel (to power an engine or charge a battery) from water.

This process is called electrolysis.

Each molecule of water is made up of two hydrogen atoms and one oxygen atom, giving it the scientific name H20.

Electrolysis is the splitting up of these molecules into hydrogen atoms (pure hydrogen) and oxygen atoms (pure oxygen) so they can be used separately.

Lift-off! Life on board journey to the Moon

CLASSROOM ACTIVITIES
1. Summarising a Detailed Reading Piece
Sometimes when reading a complicated piece of writing with a lot of information and detail, it is handy to summarise it to help you understand it. A good way to do this is to use the five Ws – who, what, when, where, why and then add how?

Summarise the information from the water on the Moon article below:

2. Extension
Create your own made-up recipe — including an ingredients list and method — for making rocket fuel while on the Moon. You can be as creative and fun as you like!

HAVE YOUR SAY: If you could, would you visit the Moon?
No one-word answers. Use full sentences to explain your thinking. No comments will be published until approved by editors.