This artist's concept of the famously frosty surface of Pluto with Charon – Pluto’s largest of five moons – and our Sun as backdrops illustrates that while sunlight is much weaker than it is here on Earth, it isn't as dark as you might expect. Picture: NASA.

It was 15 years ago this month that former member of the solar system Pluto was kicked out of the club and downgraded to dwarf planet status. And a lot of the world is still pretty upset about it.

But why was Pluto kicked out of the solar system anyway? Were nine planets just one planet too many? Or was there more to it?

THE EARLY DAYS OF PLUTO

The discovery of Pluto was announced with much excitement back on February 18, 1930. It was found by astronomer Clyde Tombaugh at America’s Lowell Observatory in Flagstaff, Arizona, with contributions from William H. Pickering.

It was a time of intense planet hunting. Explorers had mapped the continents of Earth and now turned instead to mapping the stars.

And the possibility of a ninth planet in our own solar system – known as Planet X – was the most sought-after prize.

The Lowell Observatory had been on the lookout for the elusive planet since at least 1909, with founder Percival Lowell dying empty-handed in 1916.

But Lowell had actually bagged the prize – he just didn’t realise it. Unbeknown to him, on March 19, 1915, his observatory captured two faint images of Pluto. Indeed, at least 16 photos of Pluto have been identified that predate* its official discovery. Pluto was there all along. But no one realised the significance of what they were looking at.

Then in 1930, 23-year-old astronomer Clyde Tombaugh was tasked with taking photos of the night sky a few days apart, so that a comparison could identify what was moving.

“I looked in (the telescope) and I spied it almost immediately, and a tremendous thrill came over me and I almost shook,” he later said.

If he was excited about the find, well, the world was over the moon. 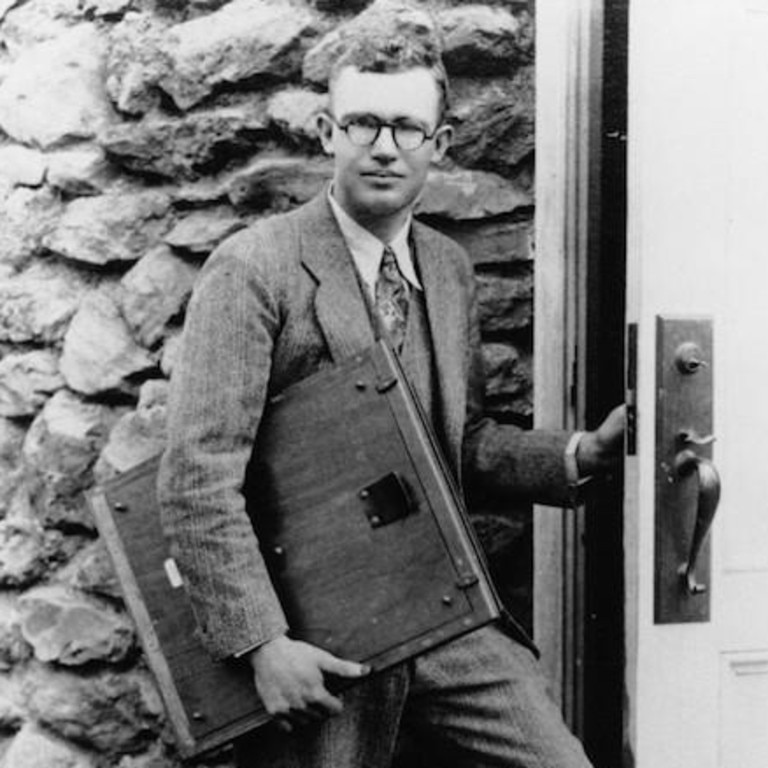 Clyde Tombaugh was just 23-years-old when he was credited with formally discovering Pluto in 1930. Picture: file copy.

As discoverers of the new planet, the Lowell Observatory had the privilege of naming it.

They opened it up to suggestions and more than 1000 names flooded in from across the globe.

Venetia, from Oxford in England, had a keen interest in mythology* and suggested Pluto, Roman god of the underworld*. She thought it suited a dark and cold world on the edge of the solar system.

She received £5 as a reward (given by her grandfather), as well as the honour of having named the ninth planet in our little corner of the universe.

The name had one other advantage. The first two letters were the initials of Percival Lowell, who had spent so much of his life devoted to finding the planet.

Venetia was still alive in 2006 when Pluto was kicked off the solar system’s team.

Known by her married name by then, Venetia Phair, the retired schoolteacher, aged 87, wasn’t too upset about the planet’s demotion*.

“It’s interesting isn’t it, that as they come to demote Pluto, so the interest in it seems to have grown,” she said in 2006.

“At my age, I’ve been largely indifferent to (the debate), though I suppose I would prefer it to remain a planet.” Generations of students grew up learning that there were nine planets of our solar system. From top left to bottom right: Saturn, Uranus, Neptune, Pluto, Mercury, Venus, Earth, Mars and Jupiter. Picture: NASA.

THEN ALONG CAME THE “PLUTO KILLER”

Fast forward 40 years to a schoolboy growing up in the US in the 1970s, who fell in love with “this funny little oddball at the edge of the solar system.”

“It seemed like the coolest place to think about, literally, in the solar system,” Dr Mike Brown told the BBC.

That same cool loner of the solar system inspired the boy – who became an astronomer – to look for other objects like it, eventually earning himself the nickname “Pluto Killer”.

“It was very clear I think (to) everyone that it was likely that there were objects larger than Pluto to be found out there,” Dr Brown said.

Among the many objects he saw in the sky was the planet which was named Eris, discovered on January 5, 2005.

“If it hadn’t been for Eris, Pluto could possibly have been swept under the rug forever. There was no reason to change the solar system. It was fine, even if it didn’t make any scientific sense. The problem is, after we discovered Eris and realised Eris is more massive than Pluto, you gotta do something.” 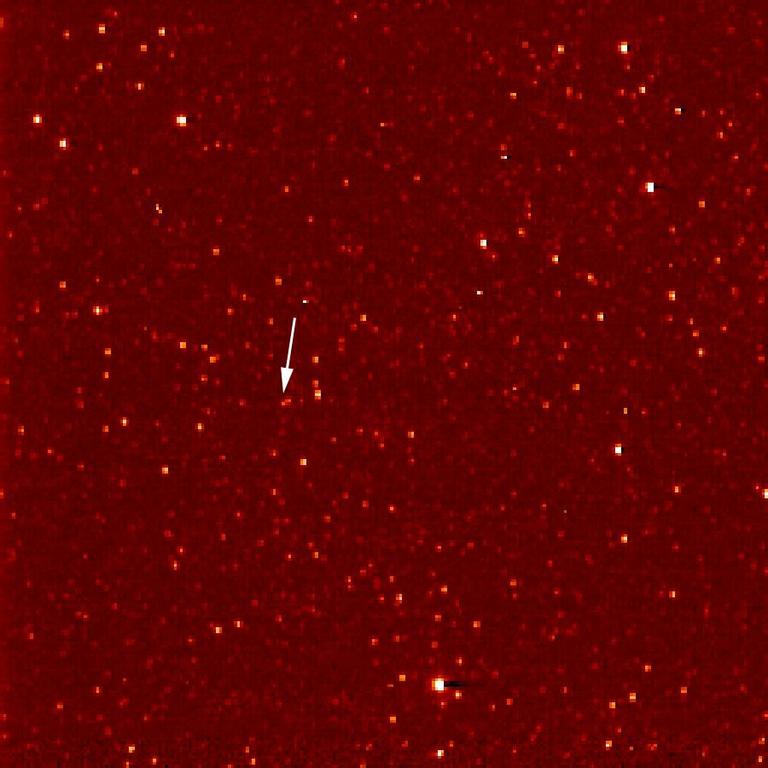 The International Astronomical Union (IAU) voted to downgrade Pluto to dwarf planet status in August 2006. But it was a close run decision.

“At one point, it seemed pretty likely the answer was going to be Pluto stayed a planet, Eris was a planet because Eris is more massive than Pluto, and many of the other things that I had also discovered beside Eris would eventually become planets too,” Dr Brown said.

“I would then be the only living planetary discoverer. What I felt about that was fraudulent*.

“The correct solution is to draw the line that should have been drawn to begin with and say there are these eight planets and all these small icy things out beyond Neptune are in a different class of objects; they were all part of the Kuiper Belt.”

Pluto was a member of the planet club for just 76 years. It takes 248 Earth years for the planet to orbit the sun – for one Pluto year. So does Pluto’s demotion even matter?

And if Pluto doesn’t care – because it has no feelings – why should we?

Kids are now taught about the eight planets of the solar system. There are catchy songs teaching all the names. These days, the tunes end with Neptune – but kids don’t care about that, according to Dr Brown.

“I mean, what’s more fun than coming home from school and telling your parents what they learnt in school was wrong? Kids love that,” he told the BBC.

So how does he feel about “killing” the much-loved member of the solar system? Pluto’s haze layer and its blue colour are seen in this picture taken by the New Horizons Ralph/Multispectral Visible Imaging Camera (MVIC) on May 31, 2018. We at Kids News think Pluto is still pretty cool, even if it’s no longer considered a planet. Picture: NASA.

CLASSROOM ACTIVITIES
1. 1930 news report
Write a front page news story from February 1930 reporting the discovery of a ninth planet. Include an attention-grabbing headline and try to use formal language suitable for a newspaper. Draw on this current news article to find factual information for your news story.

If you choose, you could also produce a good copy of your work, presented as a 1930s newspaper might have looked.

2. Extension
Create a timeline using dates and events from this news story to show the known history of Pluto.

VCOP ACTIVITY
Creative vocabulary
Find a bland sentence from the article to up-level. Can you add more detail and description? Can you replace any ‘said’ words with more specific synonyms?

Have you outdone yourself and used some really great vocabulary throughout your writing? First, well done. Second, let’s ensure everyone can understand it by adding a glossary of terms. Pick three of your wow words and create a glossary for each word to explain what it means.