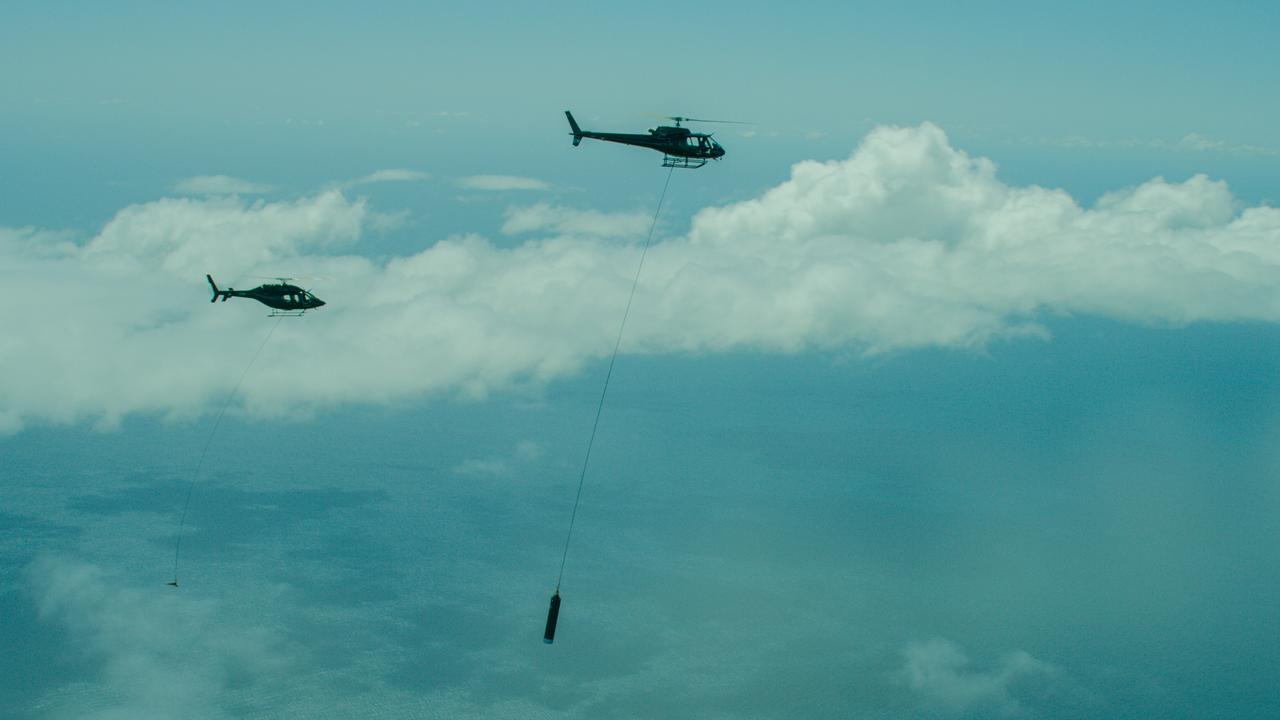 Is it a bird? Is it a plane? No, it's a helicopter off the coast of New Zealand, attempting to catch a falling rocket on Tuesday. Picture: Rocket Lab

Using a helicopter to catch a falling rocket sounds like a scene in a big budget action film – but one company has just attempted it for real.

A hugely complex task, Tuesday’s mission off the coast of New Zealand was likened to a “supersonic* ballet” by Rocket Lab founder and CEO Peter Beck.

Incredibly, Rocket Lab partially pulled off the feat* as it pushed ahead with plans to make its small Electron rockets reusable.

But after briefly catching the spent rocket, the helicopter crew was quickly forced to release it again for safety reasons. The rocket then plummeted* into the Pacific Ocean, where it was collected by a waiting boat. 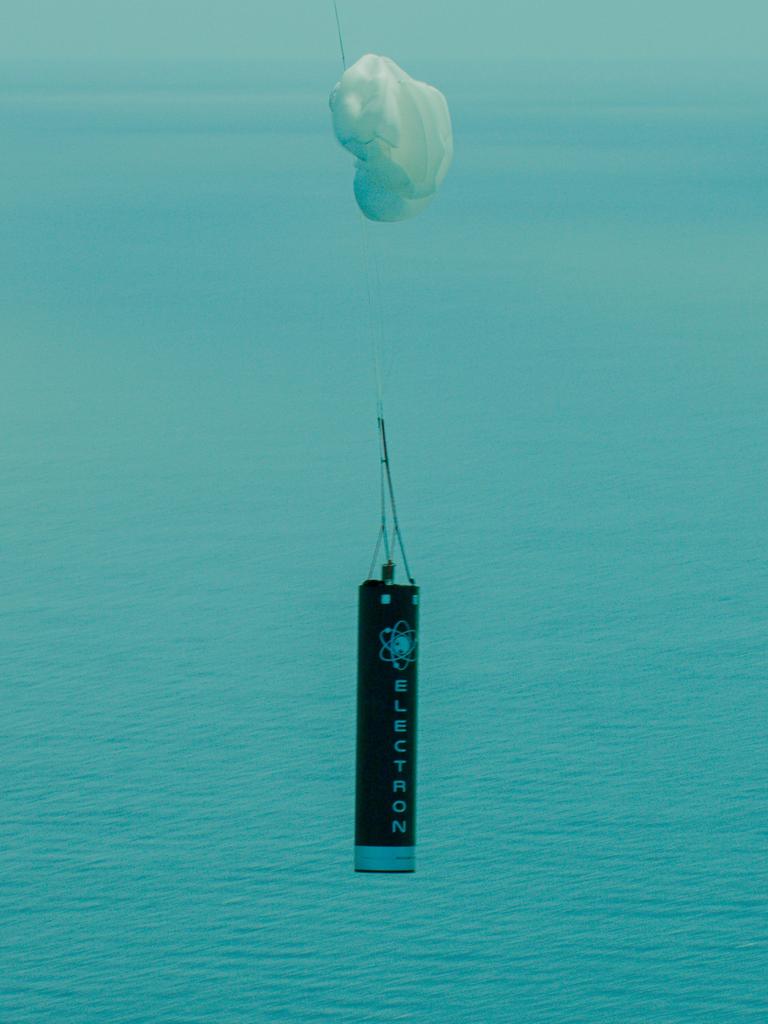 The rocket’s descent was slowed down to about 10m per second by a parachute. Picture: Rocket Lab

The Electron rocket was launched Tuesday morning and sent 34 satellites into orbit before the main booster section began falling to Earth. Its descent was slowed to about 10m per second by a parachute.

That’s when the helicopter crew sprang into action, dangling a long line with a hook below the helicopter to snag the booster’s parachute lines. The crew successfully caught the rocket – but the load on the helicopter exceeded the parameters* from tests and simulations*, so they jettisoned* the load. The helicopter crew successfully hooked the falling Electron rocket midair before deciding to jettison it for safety. Picture: Rocket Lab

The rollercoaster of emotions at mission control included people cheering and clapping as the rocket was successfully snagged, only to let out a collective gasp and sigh about 20 seconds later.

Still, Mr Beck hailed the mission as a success, saying that almost everything went to plan and that the unexpected load issue was a tiny detail which would soon be fixed and was “nothing in the scheme of things.”

“They got a great catch,” Beck said of the helicopter crew after the launch. “They just didn’t like the way the load was feeling.” He said a detailed analysis should reveal the reasons for the discrepancy* in the load characteristics. He remained hopeful the company could salvage some or all of the spent rocket booster, despite it getting dunked in saltwater – a drenching they had hoped to avoid. Rocket Lab’s CEO and founder Peter Beck declared the mission a success, despite the helicopter crew’s decision to jettison the rocket soon after catching it midair. Pictured is the Sikorsky S-92 prior to takeoff. Picture: Rocket Lab

Rocket Lab named its latest mission “There and Back Again” — a reference to the movie trilogy* The Hobbit, which was filmed in New Zealand.

The company described the brief midair capture at 1980m by the Sikorsky S-92 helicopter as a milestone and said making its rockets reusable would enable the company to increase the number of launches and reduce costs.

Beacon to send out message to aliens

CLASSROOM ACTIVITIES
1. What would you like to know?
Write at least three questions that you would like to ask the helicopter crew about their amazing catch. For each question, write the answer that you think they would give.

2. Extension
What do you think the Rocket Lab team could do to make sure that the same problem does not occur next time? Write down your ideas. Don’t forget to write sentences explaining why each idea might help.

I can just imagine the helicopter catching the rocket as a scene from the Zac Power: Spy Recruit series by H. I. Harry, so let’s turn it into one! Imagine GIB has sent Zac on a mission to fly the helicopter and catch the rocket midair to stop BIG’s spy plans.

What is Zac’s mission and why?

What is BIG’s plan if Zac fails?

What problems will Zac face?

How will Zac do it?

Create a plan or write a story outline for this new book to go in the Zac Power series.

Pitch your idea to a classmate to see what they think. Would they buy your book?