A Falcon 9 SpaceX rocket on a resupply mission to the International Space Station lifts off from Space Launch Complex 40 at Cape Canaveral Air Force Station in Cape Canaveral, Florida, US on December 5, 2019 with worms, mice and an emotion-sensing robot on board. Picture: AP

SpaceX has made an early Christmas delivery to the International Space Station, bringing muscley “mighty mice,” pest-killing worms and a robot that can sense how the astronauts are feeling.

The station commander, Italy’s Luca Parmitano, used a large robot arm to grab onto the SpaceX Dragon cargo spacecraft three days after its launch from Cape Canaveral, US. The two spacecraft soared 420km above the South Pacific Ocean at the time.

“Whenever we welcome a new vehicle on board, we take on board also a little bit of the soul of everybody that contributed to the project, so welcome on board,” Parmitano told Mission Control.

It marks the third visit for this Dragon. Flight controllers quickly secured the capsule to the space station, before the hatch opened and unloading began. The capsule held 2720kg of supplies, including 40 mice for a muscle and bone experiment. Eight of them are genetically engineered* with twice the normal muscle mass — and so are considered “mighty mice.”

There are also 120,000 roundworms, or nematodes, of a beneficial* variety that are part of an agricultural study aimed at controlling pests here on Earth.

The capsule also has a large, round robot head with artificial intelligence and the ability to sense astronauts’ emotions. Named Cimon, it’s an improved version of what flew up last year to be tested as an astronaut’s helper.

NASA has tucked some Christmas presents in the shipment for the station’s six-person crew as well.

It’s SpaceX’s 19th delivery to the orbiting outpost for NASA over the past seven years.

Another shipment — this one launched by Russia from Kazakhstan on Friday – is due to arrive on Monday night Australian time.

VIEWS FROM SPACE
Many astronauts who work on the International Space Station take their cameras with them and take amazing photos.

We’ve picked some of the best views of Earth, from violent volcanic eruptions to mega-storms. Which one do you like best? 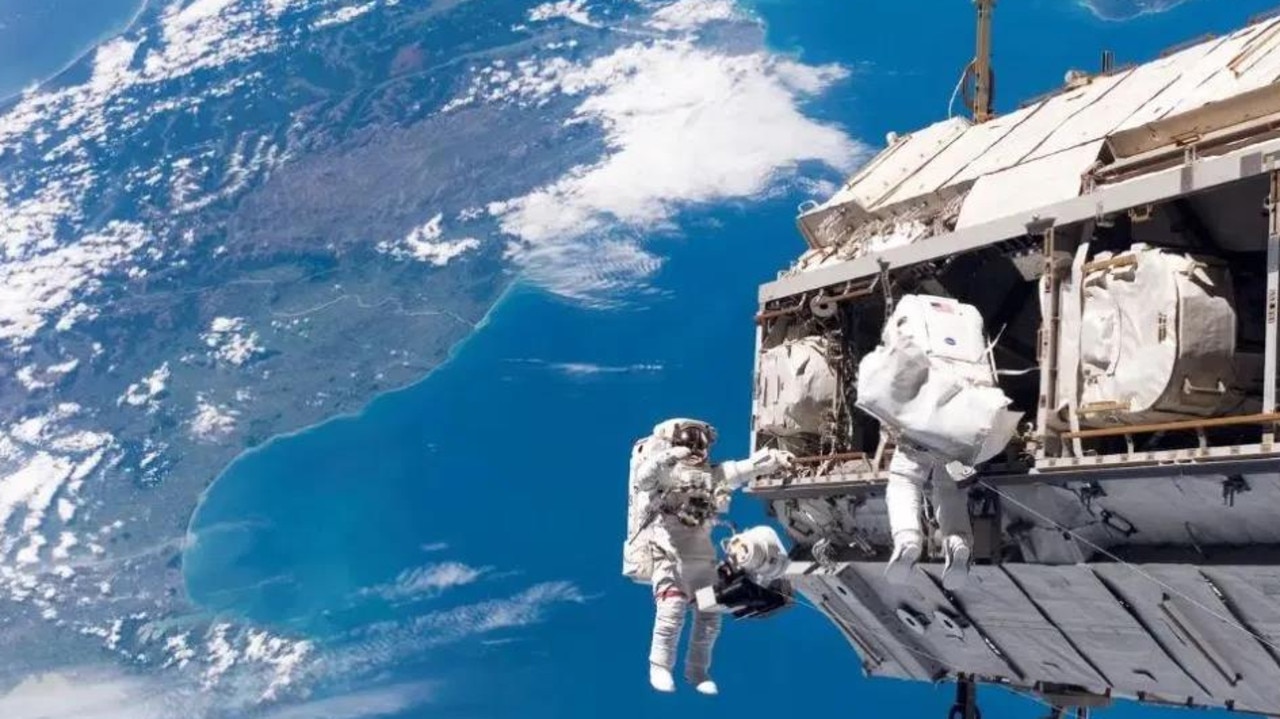 Astronauts work outside the International Space Station with New Zealand and the Cook Strait in the Pacific Ocean in the background. Picture: NASA 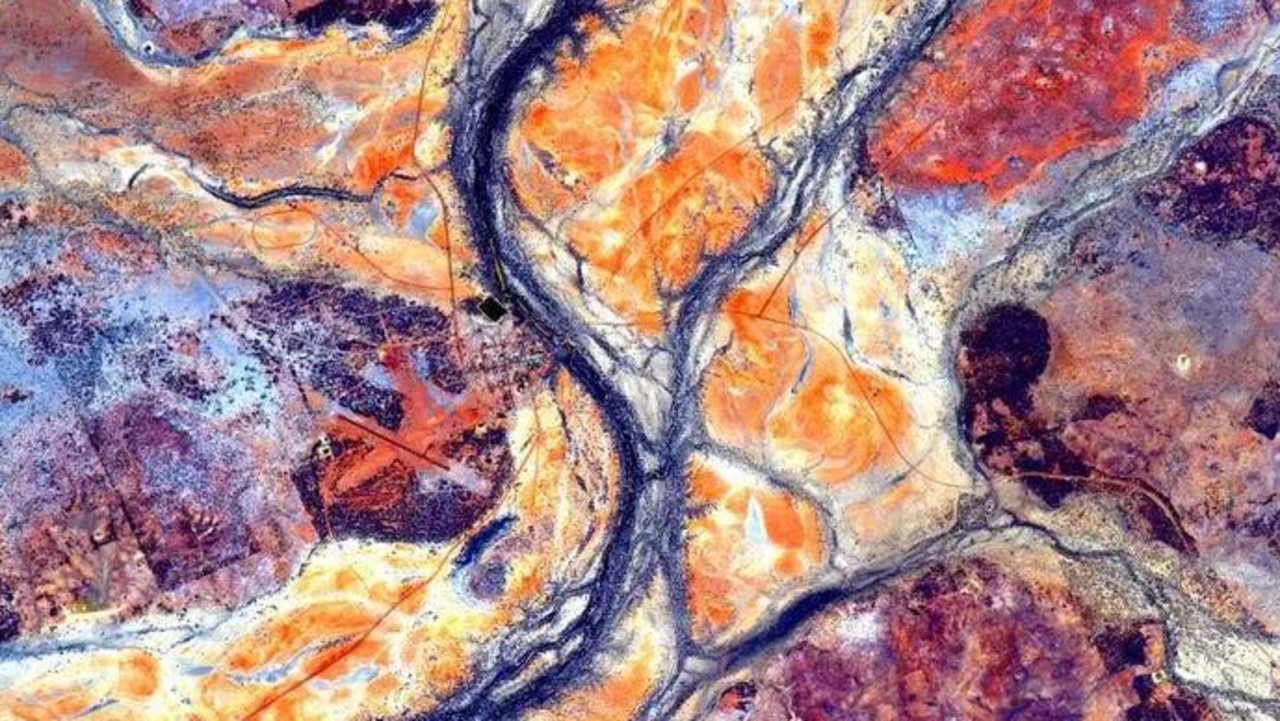 Russian cosmonaut Sergey Ryazanskiy takes a break during a six-hour space walk to help with maintenance on the International Space Station in 2013. Picture: Johnson Space Center The lights of Japan below the ISS, captured by astronaut Scott Kelly in 2015. Picture: Johnson Space Center 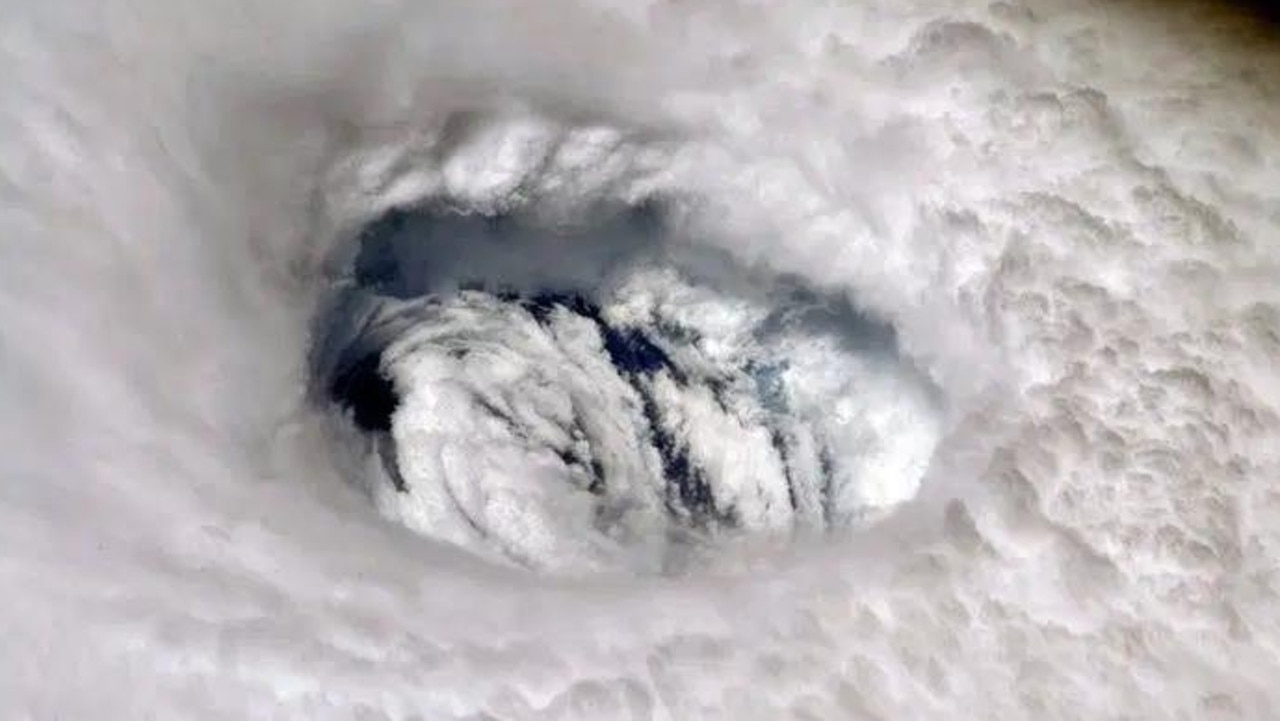 Hurricane Dorian, September 2019. The storm struck the Bahamas and the southern states of the US. Picture: Johnson Space Center In February 2014, this photo of the deserts of central Iran revealed an unusual geological pattern. Picture: Johnson Space Center 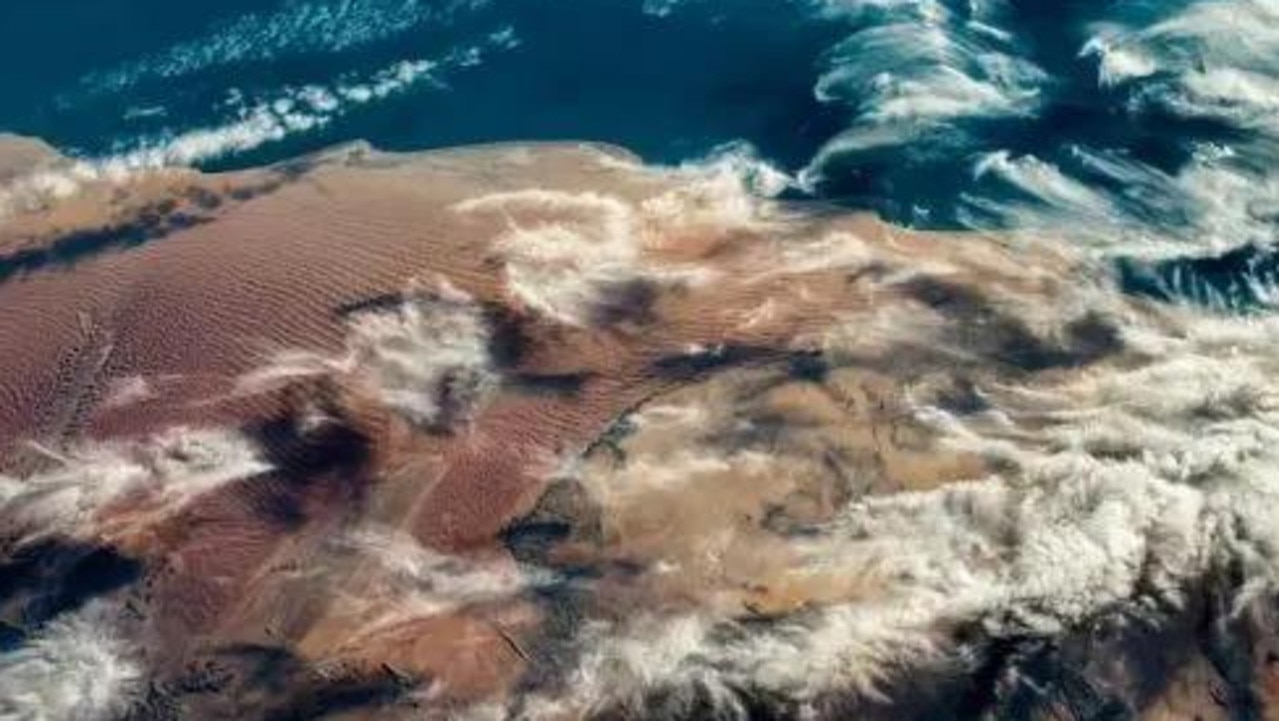 A glaciated area at the headwaters of the Rio de la Colonia in southern Chile, December 2000. Picture: Johnson Space Center 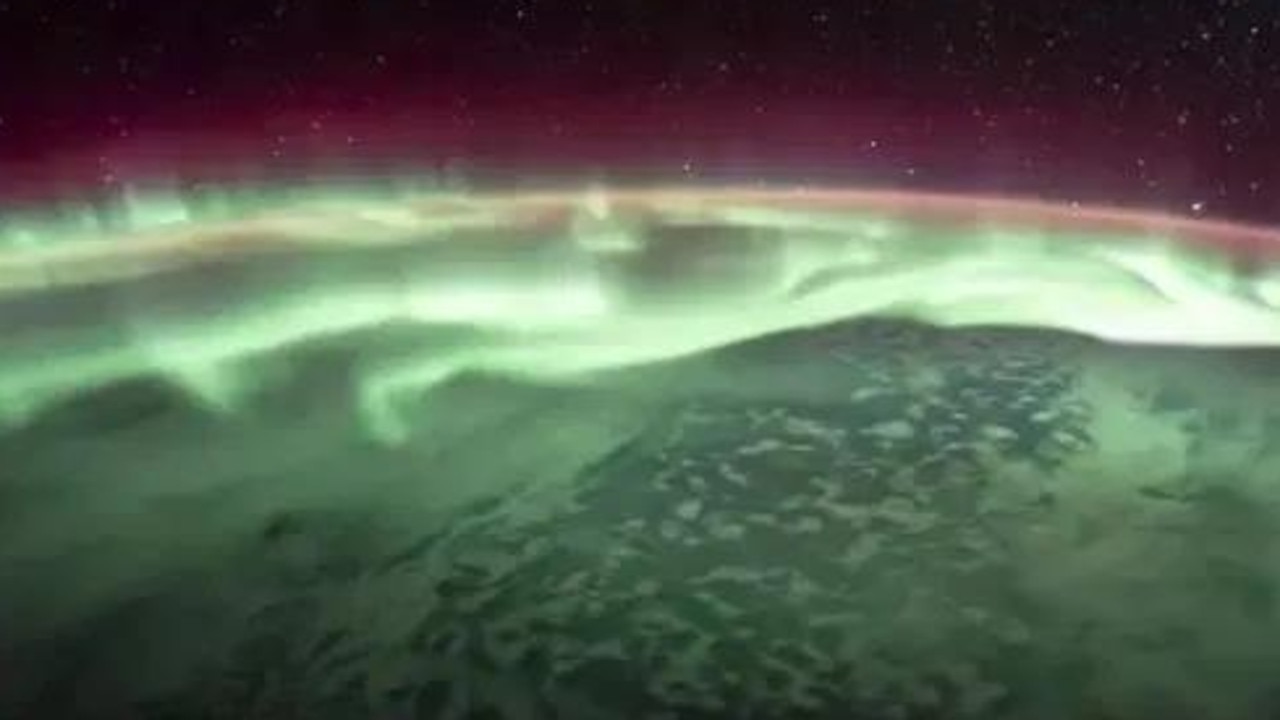 Lake Powell, a reservoir on the Colorado River, US, snapped in 2016. Picture: Johnson Space Center CLASSROOM ACTIVITIES
1. Create a Space First-Aid Kit
What Christmas presents would you give to an astronaut on the International Space Station? List two presents you think an astronaut who has been up in space for months would really love. Then, imagine that you are the astronaut who received your presents. Write a thankyou letter explaining why it is such a great present for you.
Time: allow 25 minutes to complete this activity
Curriculum Links: English, Science, Critical and Creative Thinking

2. Extension
Why do you think it is important to have technology that can sense astronaut’s emotions? Write down as many reasons and uses for this information that you can think of.

A good way to find a syllable is to clap as you speak.

Search through the text. Make a list of all the adjectives you can find. Classify them into the number of syllables each word has.

HAVE YOUR SAY: If you were an astronaut, what would you like sent up to the International Space Station? Which is your favourite photo?
No one-word answers. Use full sentences to explain your thinking. No comments will be published until approved by editors.