Teenager is bound for space on Blue Origin rocket Inside the New Shepard capsule where Oliver Daemen will take his seat along with Jeff Bezos, Mark Bezos and Wally Funk. Picture: Blue Origin/AFP

An 18-year-old is about to become the youngest person in space, rocketing away with an aviation* pioneer* who will become the oldest at age 82.

Dutch physics student Oliver Daemen is set to take the final seat on the space capsule scheduled for launch on July 20 by Blue Origin, the space company founded by Amazon boss Jeff Bezos.

The teen will take the place of an unnamed auction winner who paid $28 million US (or $37.7 million Australian) to join the flight. Blue Origin announced last week that the auction winner had stepped aside because of “scheduling conflicts”. 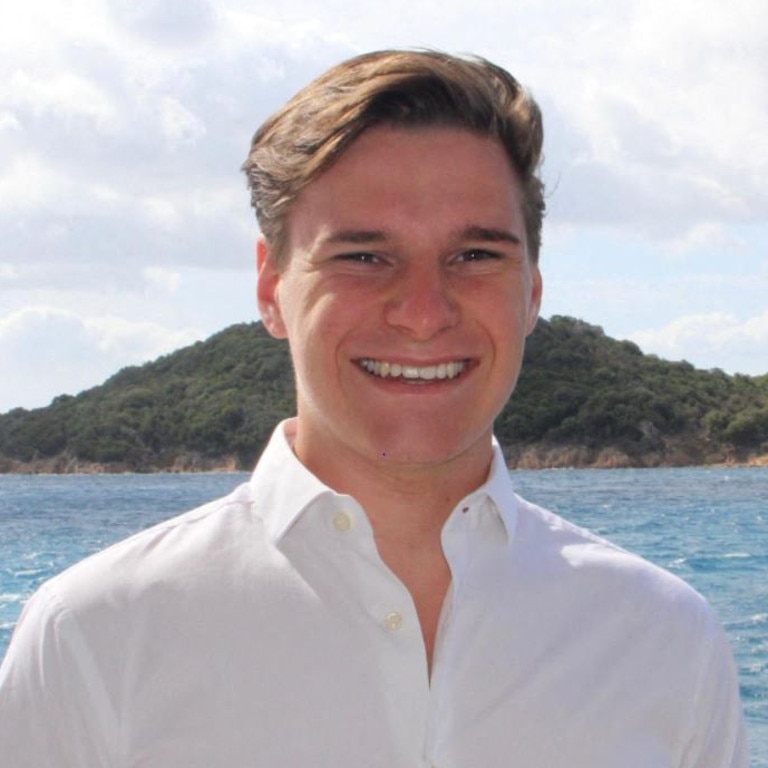 Oliver Daemen, 18, will become the youngest person to visit space when he takes the place of an auction winner on Blue Origin’s first passenger space tour. Picture: Blue Origin/AFP

“This is so unbelievably cool,” Oliver said in a statement. “The flight to and into space only takes 10 minutes, but I already know that these will be the most special 10 minutes of my life.”

Oliver, the son of a businessman who was also an unsuccessful bidder in the space flight auction, will join 82-year-old trailblazing* female aviator* Wally Funk, Bezos and his brother Mark Bezos. Jeff Bezos posted this shot of himself and Wally Funk after announcing she would join him on the Blue Origin’s first passenger flight to space. Picture: Blue Origin/AFP

Ms Funk is a longtime pilot who trained to be an astronaut under a space program for women in the 1960s, but she never made it into space because only men were allowed.

The four will blast off from West Texas atop a New Shepard rocket for a 10-minute flight.

New Shepard is a 18.3m tall and fully autonomous* rocket-and-capsule combo that cannot be piloted from inside the spacecraft.

Bezos will become the second person to ride his own rocket into space, following Virgin Galactic’s Sir Richard Branson by nine days.

The billionaires, along with Elon Musk and his SpaceX company, are locked in a race to usher in a new era of space tourism. 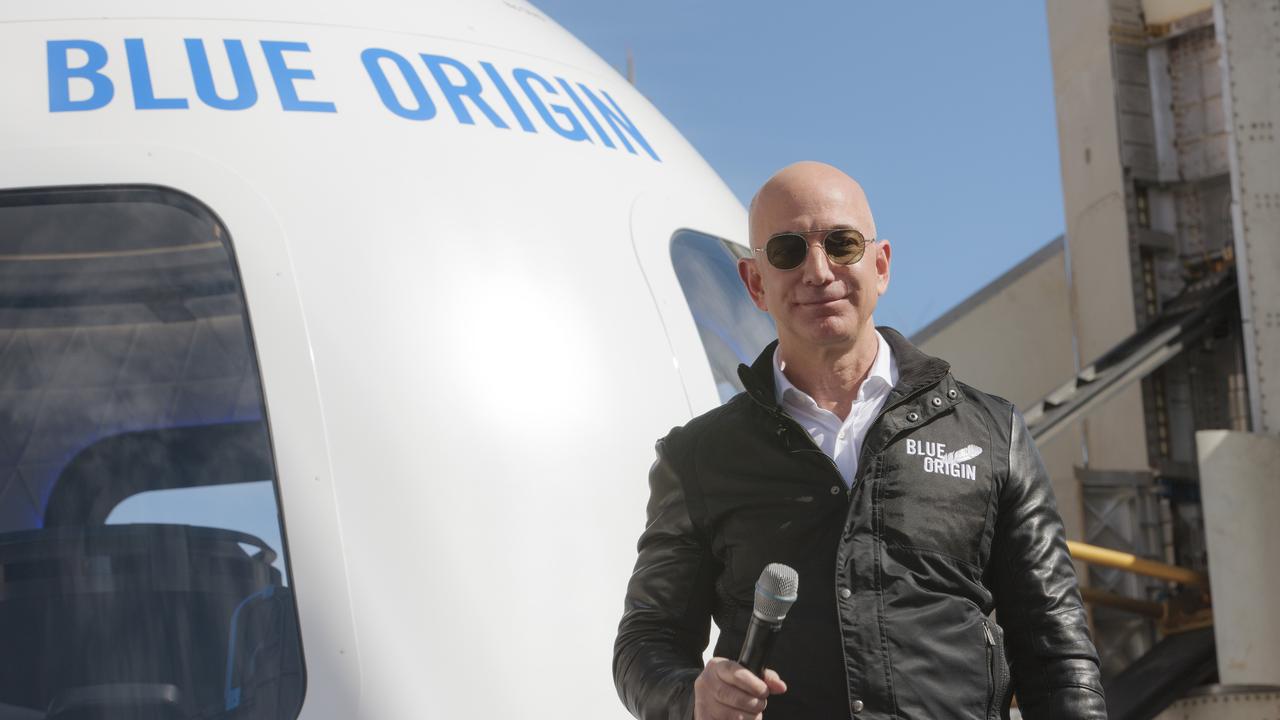 Blue Origin said the teen tourist was going to be on its second launch for paying customers.

But once the auction winner dropped out, the company seized on the idea of flying the oldest and youngest people into space on the same flight.

“This marks the beginning of commercial* operations for New Shepard, and Oliver represents a new generation of people who will help us build a road to space,” said Blue Origin chief executive Bob Smith in a statement.

The company said taking his seat on the space flight would “fulfil a lifelong dream for Oliver, who has been fascinated by space, the Moon, and rockets since he was four”. 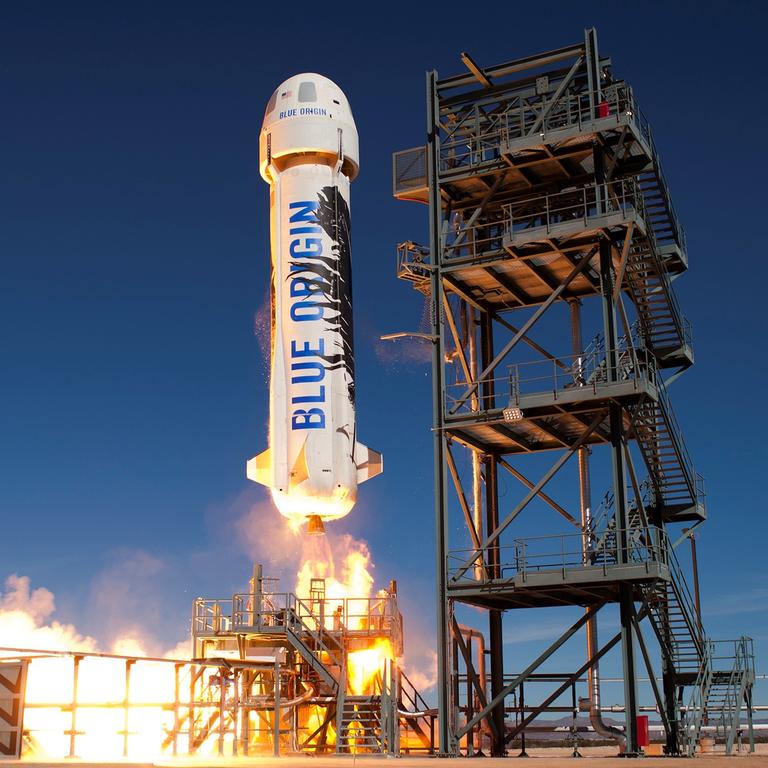 Oliver has been working to get his private pilot’s licence since graduating from high school a year ago and is about to start studying physics and innovation management at the University of Utrecht in the Netherlands.

Soviet cosmonaut Ghermon Titov currently holds the record for the youngest person to fly in space. He was 25 when he blasted into orbit in 1961.

US astronaut John Glenn became the oldest person in space on-board on the space shuttle Discovery in 1998 at the age of 77.

CLASSROOM ACTIVITIES
1. Ticket to blast off
Create a souvenir “ticket” from the first New Shepard launch. The ticket should include important details like the date, launch location and destination, space tourism company, etc. It should also be similar in design to tickets you might see for other modes of transportation or events.

2. Extension
Draw a series of three or more pictures that progressively “zoom out,” showing what you would see if you were aboard a rocket launched from your yard or rooftop. Your series of pictures could include the view of your home, town, state, country and finally the Earth.

VCOP ACTIVITY
Making and Breaking Records
Jeff Bezos’s space experience is set to make and break a new record with the oldest and younger space pioneers. So not only will they get to travel to space, but they will also enter the Guinness Book of World Records as well.

Write a journal entry from the perspective of either Oliver or Wally on the day of the trip. Including thoughts and feelings leading up to take off, during launch, the moment they leave Earth’s atmosphere, and the journey back down again.

Use your VCOP skills to be engaging and entertaining, but don’t forget to re-read over your whole piece to make sure it makes sense.