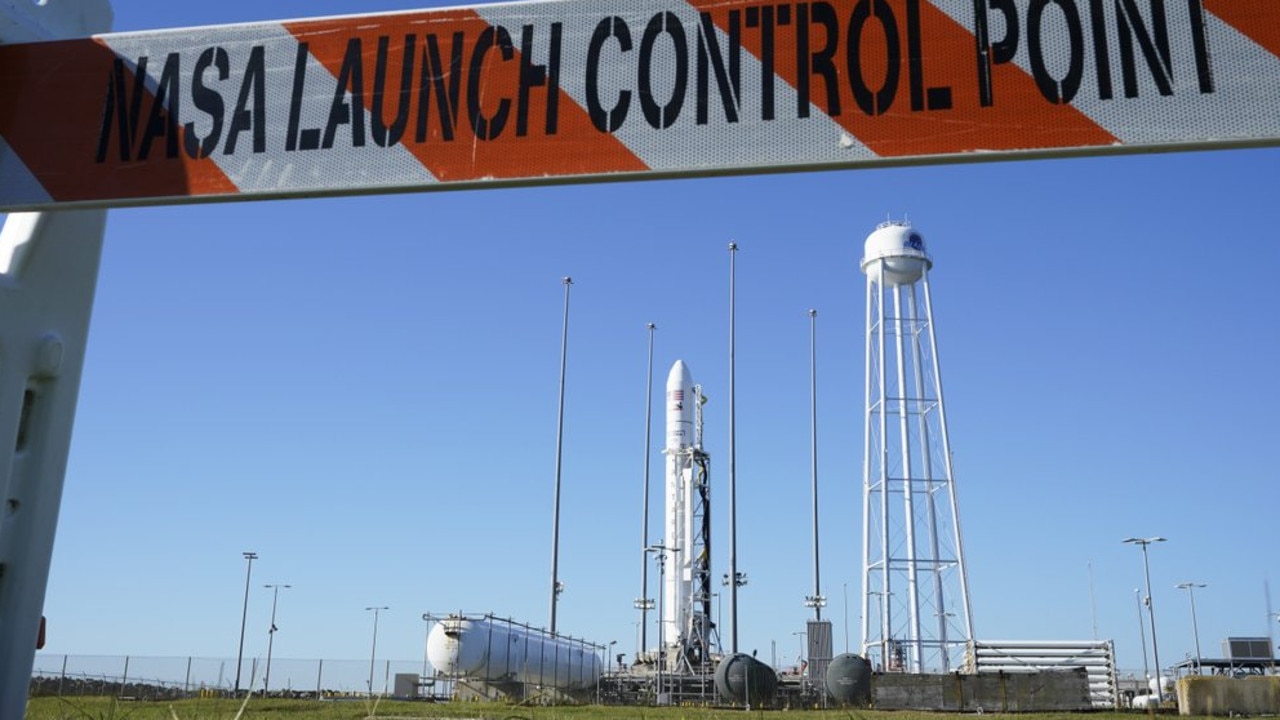 Northrup Grumman's Antares rocket on Thursday October 1 before it launched on October 2. The new toilet and supplies were on-board. Picture: AP

Astronauts on the International Space Station are about to test NASA’s first new space toilet in decades — a $32 million titanium* toilet more suitable for women — before its eventual use on the Moon.

It’s packed inside a cargo ship that blasted off on Friday from Wallops Island, Virginia, US and which was scheduled to reach the ISS on Monday night Australian time.

Barely 45kg and just 71cm tall, the new toilet is roughly half as big as the two Russian-built ones at the space station. It’s more camper-size to fit into the NASA Orion capsules that will carry astronauts to the Moon in a few years.

Station residents will test it out for a few months and if it’s a success, it will be used regularly in the future. With SpaceX now launching astronauts to the space station and Boeing less than a year from sending up its first crew, more toilets are needed. The new one will be in its own cubicle* alongside the old one on the US side of the ISS.

The old toilets cater more for men. To better accommodate women, NASA tilted the seat on the new toilet and made it taller. The new shape should help astronauts position themselves better for No. 2*, said Johnson Space Center’s Melissa McKinley, the project manager.

“Cleaning up a mess is a big deal. We don’t want any misses or escapes,” she said.

The funnels also have been redesigned so that women can use the elongated* and scooped-out funnels to urinate while sitting on the toilet, Ms McKinley said.

Like earlier space toilets, air suction, rather than water and gravity, removes the waste. Urine collected by the new toilet will go to a recycling system to produce water for drinking and cooking. Titanium and other tough alloys* were chosen for the new toilet to withstand acid in the urine. 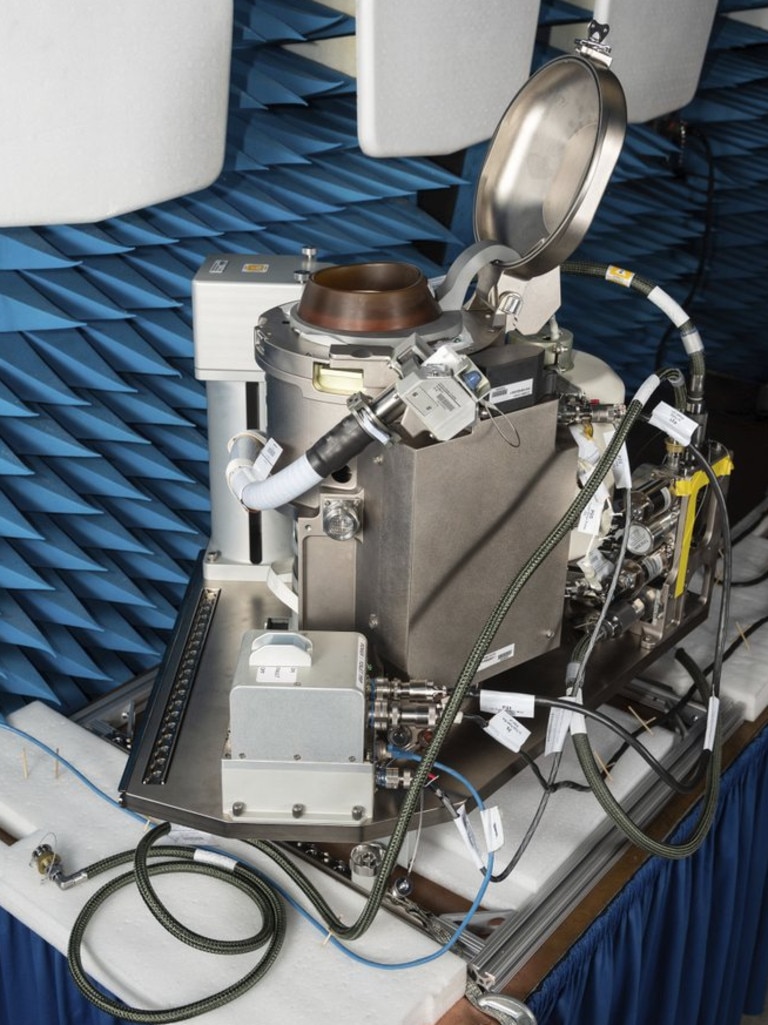 Going to the bathroom in space may sound simple, but “sometimes the simple things become very difficult” without gravity, said NASA astronaut Mike Hopkins, commander of the second SpaceX crew, due to launch October 31 from Kennedy Space Center in Florida, US.

“Trust me, I’ve got going to the bathroom in space down*, because that is a vital, vital thing to know how to do,” she said.

The typical space station population will go from six to seven with the next SpaceX flight, and even more when non-professionals such as tourists start showing up as early as next year. Astronauts normally stay six months.

(The new toilet that left Earth on Friday is not the result of the recent design competition featured in the Kids News article HERE.)

Also in the 3600kg shipment aboard Northrop Grumman’s Cygnus capsule: air tanks to make up for a slight space station leak, radish seeds for greenhouse growing and a cinematic 360-degree VR camera for filming spacewalks.

Perhaps the most unique payload*: Estee Lauder’s newest anti-wrinkle product. The cosmetics company is paying more than $178,000 for an out-of-this-world photo shoot, part of NASA’s push to open up space for business. The 10 bottles will remain sealed until returned to Earth early next year. SPACE FEASTING
There was more fresh food in the shipment than usual in preparation for the population increase from six to seven astronauts with the October 31 SpaceX launch.

Among the delicacies requested by the astronauts: proscuitto, Genoa salami, Gouda and brie, cherry tomatoes, oranges, pecans and chocolate-covered cranberries in plenty of time for Thanksgiving*.

The astronauts also will get a chance to enjoy their own harvest. Researchers are hoping for 40 radishes from the seeds being delivered, within a month.

While growing radishes in orbit may sound trivial, “it is actually a transition from basic plant biology in space to a production system” that could benefit Moon and Mars explorers, said Karl Hasenstein, a biology professor at the University of Louisiana at Lafayette, US who is leading the experiment.

Record set for longest stay in space by a woman

CLASSROOM ACTIVITIES
1 . Write a Lesson
Imagine you had to write a lesson for astronauts who are about to be sent to the Moon to inform them about these new space toilets. Astronauts would need to know how they are different from previously used space toilets, how they work in reduced gravity environments and some of the new and improved features.

Write a speech for a lesson that you could deliver to a group of astronauts about the new toilets.

Your lesson deals with a very important bodily function so should be dealt with some sensitively. However, you can include some tasteful humour. (Nothing too gross!)

Radish seeds are being sent up in this capsule so that they can be grown and hopefully become part of the astronaut’s diet. But growing plants on Earth involves gravity. What adjustments might have to be made to the growing of plants in space due to their being little or no gravity?

Design a ‘greenhouse’ system that accounts for no gravity. Think about how the soil (or substitute for soil) will stay with the seed, how you can ‘water’ the plants without the water floating around everywhere and how to provide sunlight or something equivalent (artificial light?).

Draw and label your greenhouse system with simple explanations of how the system will work.

HAVE YOUR SAY: What would you find most difficult about weightlessness in space?
No one-word answers. Use full sentences to explain your thinking. No comments will be published until approved by editors.