Akash Vukoti, now 11, made history as the youngest ever competitor in the Scripps National Spelling Bee in the US. Picture: supplied

With the Prime Minister’s Spelling Bee competition kicking off today, Kids News chatted with American spelling whiz kid, TV star and YouTuber Akash Vukoti, who was buzzing with excitement about Australia getting its own Bee – and there is still time to enter.

Akash is no ordinary 11-year-old. He competed in his first spelling bee aged just two, going on to become the youngest ever contestant* on America’s flagship* spelling competition, the Scripps National Spelling Bee. A natural on TV, Akash has since appeared on hit shows including Dancing with the Stars and Little Big Shots, becoming a superstar with super smarts to the tune of over 250,000 YouTube followers.

A future run for the American presidency may even be on the cards, so watch this space. And while Akash is clearly comfortable in front of the camera, off-screen he was admitted to the high IQ* society Mensa* at the age of three and was named a Davidson Young Scholar* at the age of five.

Phew! If that sounds like pressure, Akash takes it all in his stride. There’s still time to sign up to the Spelling Bee. Registrations are open until 24 March.

“I’m very humbled* that I have a lot of fans around the world, especially some from Australia,” he said. “A shout out to you all, thank you very much, I love you all so much! But I don’t consider it any pressure at all. It’s the good wishes from my fans and my family and friends … I just do what I love and I love what I do.”

Akash said he doesn’t think about results while competing – he just focuses on what he is doing and treats each word as one challenge at a time. He offered other tips for kids tackling the Prime Minister’s Spelling Bee.

“If you have that passion for words and languages, that is a great kickstart,” he said. “You’ve also got to have the encouragement from parents, teachers, your family and friends. A lot of it is teamwork – ask them to help you with your mission.”

“Set up a goal you want to achieve … plan how you’re going to reach that goal, then work hard to achieve that goal from the bottom of your heart.

“Don’t think about the results, just work hard. Pour everything that you can into it and source the help of anyone you can. Try your best.” 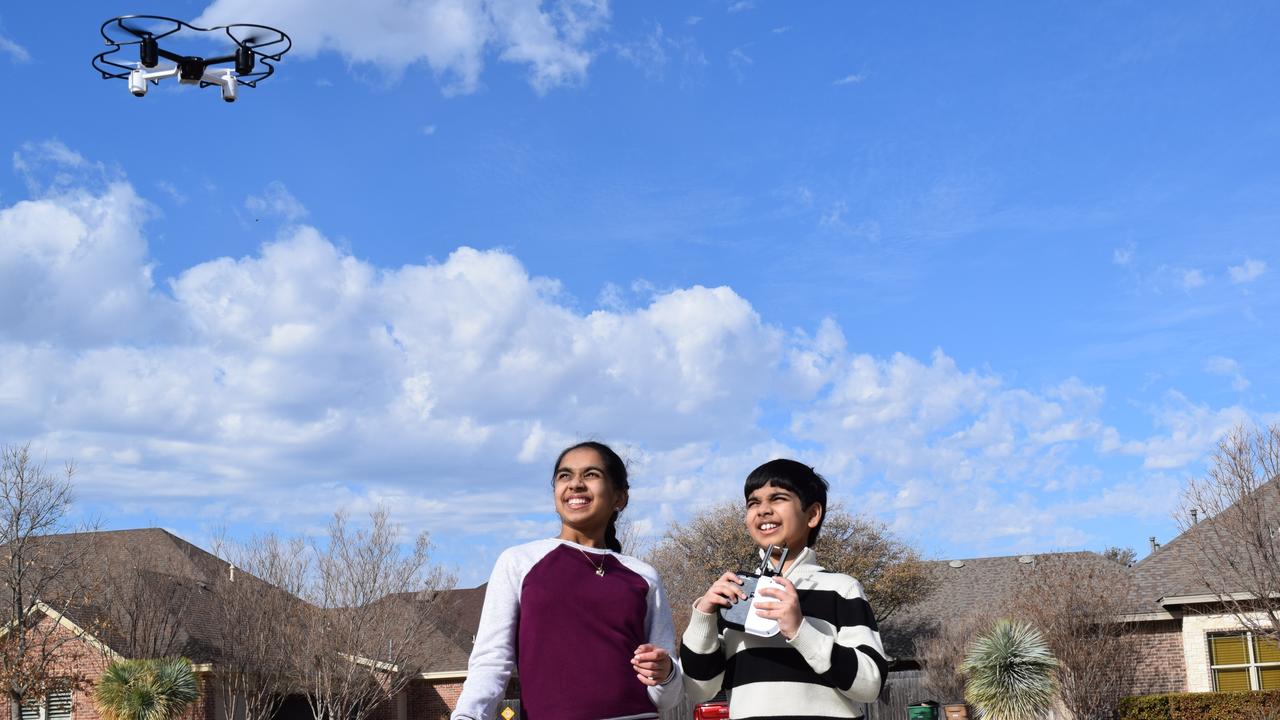 Although he is a household name in America, Akash loves nothing more than spending time at home in Texas with his big sister Amrita. Picture: supplied

“Things won’t always go your way,” he said. “You may not win every single bee … but it’s fine. Just hang in there. That’s kind of my strategy*. You’re going to learn a lot from this, plus you face ‘the adversary’* situations, which better prepare you for real life.

“Maybe it’s just one setback*, but it won’t stop you … Failures are stepping stones for success, so you have to just keep going through them and learn from your mistakes and make your plan better so that you can eventually meet success.

“You’ll be able to look back and you’ll feel proud of yourself. You’ll acquire a lot of knowledge and a vocabulary too. This would help you in a lot of situations in the future, careers especially. It would equip you with the skill that you need to get a great job and have a future career.”

For anyone worried that success in the Prime Minister’s Spelling Bee means reading academic books around the clock, relax: Akash’s favourite reading material is the online encyclopaedia Wikipedia.

“I always read Wikipedia,” he said. “All the time. Even my first pay cheque I ever sent was to Wikipedia. I gain a lot of knowledge from it and a good vocabulary base as well.”

Warners are good sports with spelling

PM urges kids to sign up to Spelling Bee

CLASSROOM ACTIVITIES
1. Stepping Stones
Akash had some wise words to share, including “Failures are the stepping stones for success …”

Explain in your own words what this statement means.

Recount an experience when this was true for you. What happened? How did you come back from failure to succeed?

2. Extension
Be like Akash by using Wikipedia to expand your vocabulary and spelling abilities! Search for a topic you are interested in, then write down five new, interesting or difficult words from the page. Write a definition for each word and practice spelling them until you have them mastered.

Swap over. Try acting out two sentences. Are you laughing yet? Have fun acting out your punctuation.