Australia is set to bounce back up the medal tally leaderboard in Tokyo.

At least that’s the prediction of global entertainment data and technology company Gracenote, which has released its final virtual* medal table.

It believes Australia will win 16 gold medals and 40 medals overall.

If these lofty* expectations are achieved, it will be the most gold medals Australia has won since Beijing in 2008 and the best overall result since Athens in 2004.

The Gracenote prediction has Australia finishing sixth on the gold medal table and ninth for total medals: gold, silver and bronze.

The high number of gold medals predicted relies heavily on our swimming team, which is brimming* with young talent, performing well in the pool. Swimmer Kaylee McKeown is tipped to be one of the golden stars of Australia’s Olympic team in Tokyo. Picture Lachie Millard

A haul* of 16 gold would double our disappointing gold medal tally of eight in Rio in 2016.

At the same time, arch rival* Great Britain is tipped to slide from 27 gold in Rio to 14 in Tokyo due to an expected decline in cycling and athletics results.

Australia and Great Britain are two of only four nations to contest every modern Games and have a fierce rivalry. 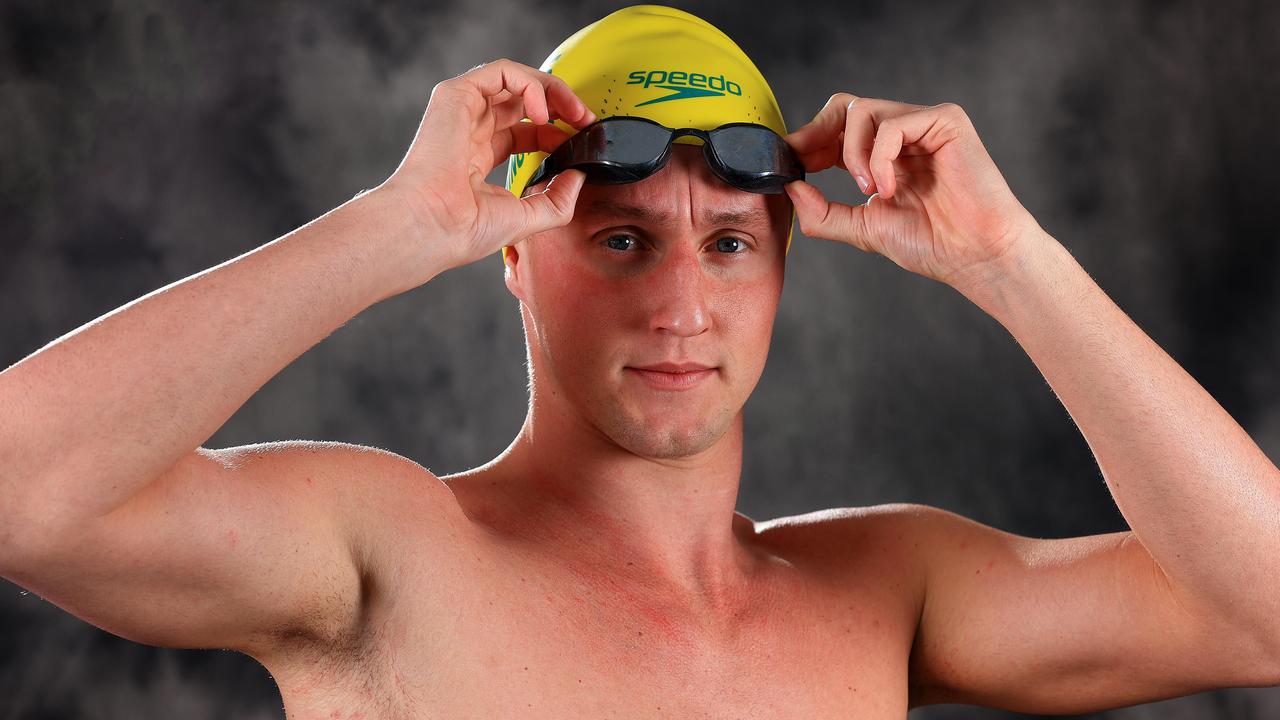 Gracenote expects the USA to finish on top of the gold medal table with 40 victories, followed by China (33), Japan (26) Russia (21) and the Netherlands joining Australia on 16.

Here is the breakdown of Australia’s expected gold medallists.

Winning athletes will put medals around their own necks to protect against spreading the coronavirus at the Tokyo Olympics.

“The medals will not be given around the neck,” Mr Bach said.

“They will be presented to the athlete on a tray and then the athlete will take the medal him or herself.

“It will be made sure that the person who will put the medal on the tray will do so only with disinfected* gloves, so that the athlete can be sure that nobody touched them before.” The medals will be presented on a tray and winners will need to hang them around their own neck to protect against spreading of Covid-19 at the Tokyo Olympics. Picture: Getty Images

Olympic medals are typically presented by an IOC member or a leading official in a sport’s governing body.

The IOC has previously said medallists and ceremony officials will have to wear masks during medal presentations.

Spectators are also banned from attending events, but crowd noise recorded at previous Olympics will be played at stadiums and venues to create some atmosphere and support the athletes.

Some athletes will also be connected via screens to their families, friends and fans after their events, while fans will be able to send video clips that can be displayed next to the field of play.

The sports set to light up Tokyo

CLASSROOM ACTIVITIES
1. Work out the numbers
Australia’s predicted gold medal tally becomes even more impressive when you consider it in terms of our relatively small population in comparison to some of the other nations expected to do well. See this for yourself by completing the following in a 4-column table:

Where does Australia now rank in terms of success among the 6 nations listed?

2. Extension
Do you think it matters how many medals our Olympic athletes win? Write 2-3 paragraphs explaining your point of view.

VCOP ACTIVITY
I’ve always wanted to know
If you had the opportunity to talk to one of the athletes and ask them five questions, what would you ask them?