Australian Phil Leitch lives in a castle, wears a suit of armour and is the current World Jousting Champion.

Actually, he’s a knight who goes by the name of Sir Reynard.

As Australia and England were battling it out for the Ashes in cricket over the England summer, Mr Leitch was training hard and polishing his armour, preparing to take on the English in the modern version of the medieval art of knocking an armoured opponent off their horse with a lance.
He used to be a commando* in the army but is now Australia’s only full-time, professional knight and jouster. 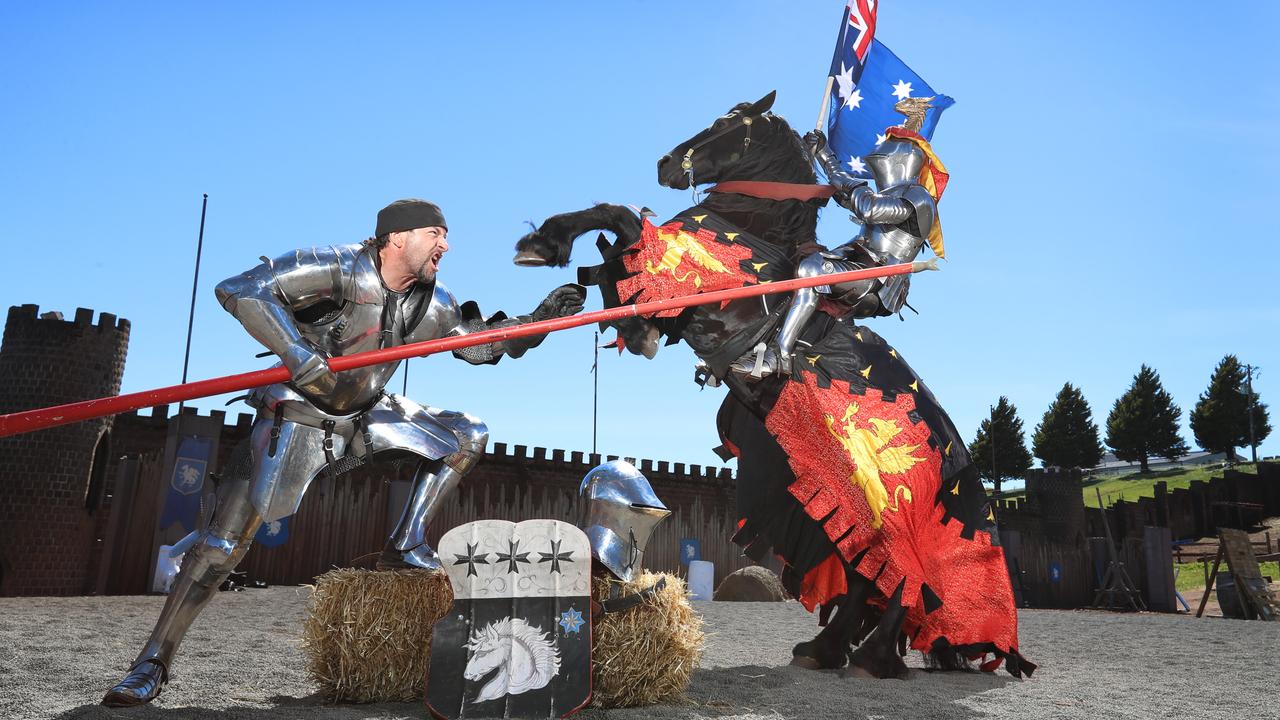 This weekend he will get his chance to knock all his opponents off their horses when he hosts the inaugural* Australia-England Jousting Tournament at his home.

Kryal Castle is a mock*-medieval castle with a moat, a drawbridge, a maze, towers, an armoury and stocks for holding prisoners. Though it looks like it was built a few hundred years ago, it is not yet 50 years old. People refer to jousting as the original extreme sport. In the 1400s it was a lot more serious than today — a battle to the death between armies of knights. The current-day aim is not to kill your opponent, but to break your lance on the shield your opponent is holding.

Australian and English knights will battle it out for an urn containing the ashes of a lance burned in England.

“People will get to see six of the best jousters in the world going straight at each other, trying to hit each other as hard as possible while on horseback,’’ Mr Leitch said.

Mr Leitch said there would be lots of friendly rivalry* during the two-day tournament, which will alternate annually between the two countries.

“We’re hoping to beat them but England will be doing everything they can to try and stop that happening,’’ he said. HOW TO BE A KNIGHT
LEARN to ride a horse really fast, perhaps with the horse galloping at 50kmh.

LEARN to stay on the horse only hanging on with one hand (the other holding your lance) as it stops suddenly, swerves and possibly even rears up on its hind legs. You’ll also need to hold a shield with the hand that holds the reins.

SAVE UP for a suit of armour. Mr Leitch’s armour is in a medieval style and made by Australian armourer Luke Binks. It cost $25,000. For CL: Phillip Leitch at Kryal Castle. Phillip is the castle’s resident knight and is a champion jouster Pictures: ANDY ROGERS

GET USED TO wearing the armour, which, unlike modern sports clothes, has absolutely no stretch. On hot days it will be scorching in there. On cold days, you will freeze. It will also weigh a lot. An adult suit weighs something like 36kg.

PRACTICE wielding* a lance — which is about 3m long — without sticking it into yourself, getting it caught on a fence or a tree or accidentally knocking your opponent’s head off (because, in 2019, that is NOT the aim of the game). 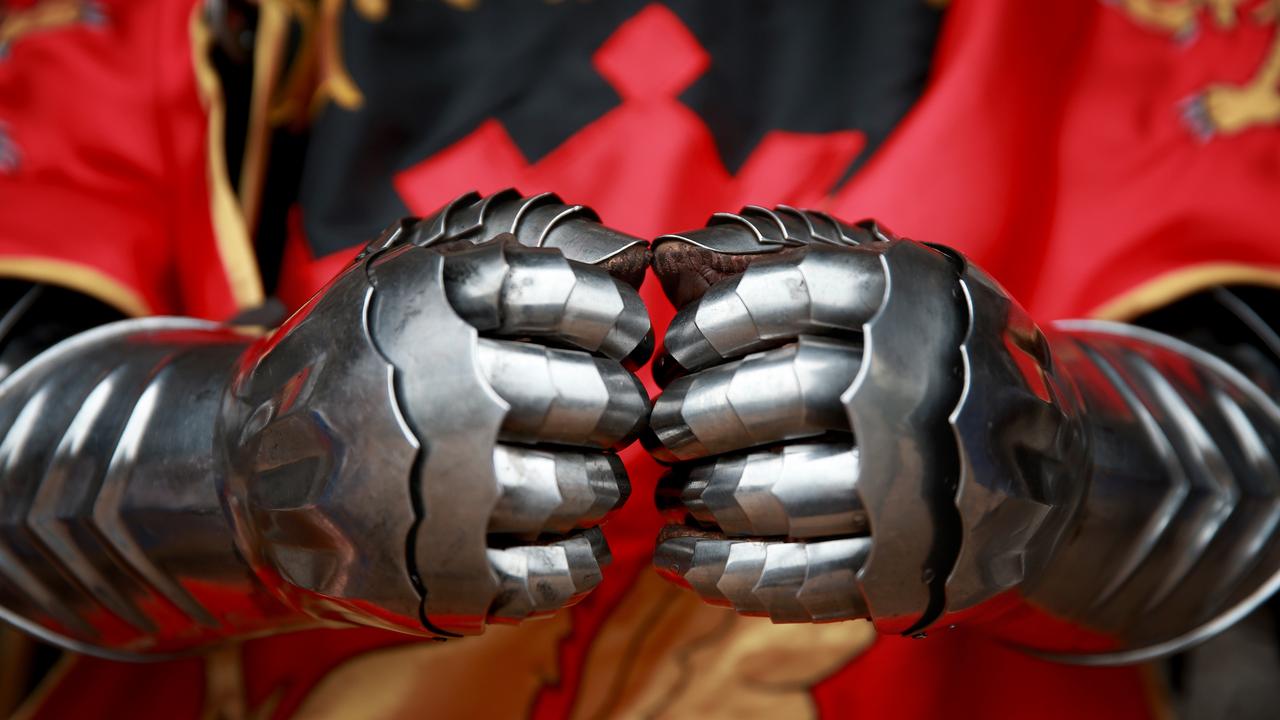 A time of heroes and brave warriors

Draw a labelled diagram of ‘Sir Reynard’ ready to compete. Include all the equipment that he needs to participate, with labels that have more information about it. (For example, include the length of the lance, cost of the armour, etc.)

Include: what jousting is, who is competing, what they are competing for, where the tournament is, how much it costs, where they can purchase tickets and any other relevant and interesting information. You may need to make up some details, such as ticket prices, but that’s okay! You will need to use enticing language, to encourage people to come along.

VCOP ACTIVITY
A Knight’s Welcome
Sir Reynard will have to be formally introduced by the commentators at the jousting tournament next week. But as a medieval knight, he doesn’t have a computer to email through his introduction.

Can you write a paragraph introducing our Australian competitor to the crowd at the tournament. The introduction is a great way to build up Sir Reynard’s self-esteem before the match and also to intimidate his opponents, so try and make it as interesting and entertaining as possible.

HAVE YOUR SAY: Could jousting be the sport for you? Would you make a great knight? Explain why or why not.
No one-word answers. Use full sentences to explain your thinking. No comments will be published until approved by editors.