Cartoonist Mark Knight thinks Victorian Premier Daniel Andrews could be the toughest opponent Novak Djokovic comes up against in his bid to win more Grand Slams than any other tennis player.

One of the key events on the sporting calendar is the Australian Open Tennis tournament in Melbourne. Being one of the four Grand Slams, it always attracts the biggest names in tennis.

The 2022 event is starting to take shape and already there is intrigue* and controversy*! Men’s world No. 1 Novak Djokovic says he is coming to play and if he wins the title he will become the player with the greatest number of Grand Slam wins. 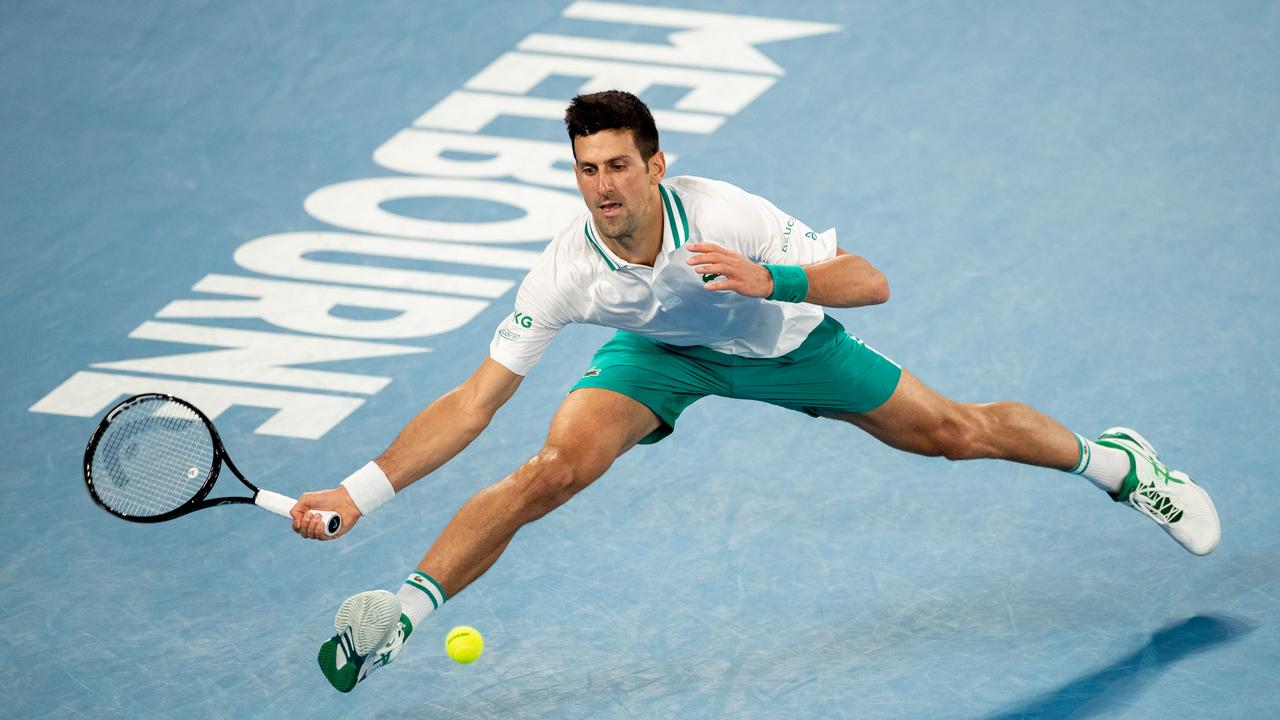 Novak Djokovic plays a forehand in the men’s singles final which he goes on to win against Daniil Medvedev at the 2021 Australian Open. Picture: Getty Images

But there is something standing in his way. And this is what I have drawn a cartoon about.

Djokovic is very shy about declaring his vaccine status. He caught Covid last year and his history of comments about the virus tends to suggest that he is not a fan of vaccination. But we can’t be certain if he is jabbed or not. (That is why I call him “Novax” Djokovic – do you see what I did there?)

At the other end of the debate is Victorian Premier Dan Andrews. He has been firm on his “No Vax No Entry” policy for the tennis tournament.

All players, spectators, match officials, ball kids, ground staff and caterers must be vaccinated to attend the Open. The Premier was adamant* there would be no exemptions*.

But some people have suggested there could be an exemption for Djokovic on medical grounds, however small that chance might be. 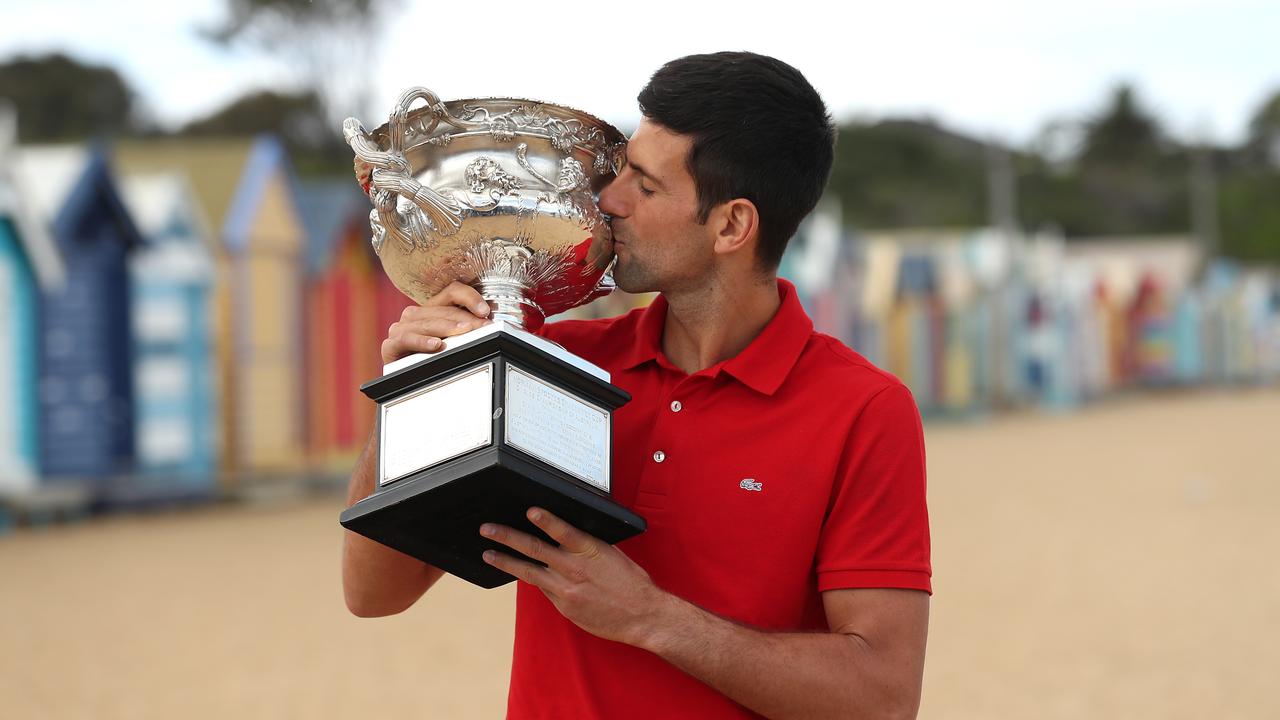 So I considered these two camps and immediately thought it sounded like a great contest. Djokovic rarely gets beaten on the court, and Premier Andrews is just as dominant in the political arena. Let’s put them up against each other on the tennis court in a cartoon!

I thought about how to illustrate the idea; should they be on court blasting balls at each other? Should I draw Premier Dan sending down a big serve at the Djoker?

In the end I went for the scene just before the match starts, when the players are seated in their courtside chairs. The calm before the storm.

I thought it would be good to do detailed drawings of both. They are both superb to caricature, and I enjoyed capturing their physical appearances. The readers should be able to quickly identify them.

Djokovic seems to have it over all the other players on the professional tennis circuit, but I thought I would have him staring across a little unsure at this new opponent, the man who stands in the way of him winning his record number Grand Slam tournament: Premier Dan. The cartoon leaves the result as to who will be the winner open to speculation* by the reader.

There is a saying that politics and sport should be kept separate. However, this cartoon ignores that saying, instead intertwining* the two worlds of politics and professional sport into one.