Olympic hopeful Shae Graham remembers the joy of sprinting as a kid in Mackay, dreaming of winning Olympic gold like her hometown sporting idol Cathy Freeman.

But at just 18, Graham was a back seat passenger in a car crash, suffering life-changing injuries including a fractured spine.

“Sport was a big part of my identity when I was a kid. But I had the car accident and I took that as a sign that sport wasn’t meant to be. I viewed it as my retirement from sport,” Graham said.

For almost a decade*, the once sporty child said she was a “scaredy cat”, uninterested in playing sports again. Until Graham lost a friendly bet to her brother, who convinced* her to try wheelchair rugby, a sport known as murderball for its tough physical battles.

“It was the best bet I’ve lost,” Graham said. Wheelchair rugby is known as ‘murderball’ due to its physical intensity. Shae Graham is the only female on the Australian team. Picture: Paralympics Australia.

Graham is the first woman to make Australia’s wheelchair rugby team, which has won two consecutive* Paralympic gold medals. She is also the AIS’s newest ambassador for The Good Village, an education program by teachers, for teachers to upskill* students on health and wellbeing, fitness, nutrition and sustainability.

Graham’s message to kids is the same one she tells herself every day.

“Sometimes fear is the only thing holding you back. I now say to myself ‘You’ve got to do the things that scare you because you might just find the next thing you love’,” she said.

“When I decided to overcome my fear and try wheelchair rugby, I hopped in the chair and I loved every second of it.

“My competitive side was immediately re-awoken; I wanted to play and win. There was this team vibe I’d been missing for years and it was amazing. But it wasn’t just the sport, it was the community around the sport that made me love it as well.”

The Good Village is an online resource for primary school children to learn about the benefits of things like physical activity, nutrition, wellbeing and teamwork through fun activities. Graham said she has always felt comfortable with her Australian teammates, despite being the only woman in the squad.

“I put a bit of pressure on myself when I first started – I was joining this awesome team and I didn’t want to let anyone down,” she said. “They’re the best in the world, so I wanted to be the best alongside them. They welcomed me with open arms, they’ve taken me under their wings and they’re helping me grow as a player.” Training to make her Paralympic debut in Tokyo, Japan, Graham also works as a librarian at night.

“I think every kid dreams of representing Australia when they first start playing sport – that’s the pinnacle*, to try and represent your country.

“I also had this awesome librarian in primary school and she’s the one who (made) me (want to) be a librarian when I grew up. I wasn’t a big reader until I met my school librarian and she introduced me to Harry Potter, so that inspired me too.”

“I’m really excited to have this opportunity as an AIS and The Good Village ambassador to represent my sport and people with disabilities. It doesn’t matter what life throws at you, you can still get out there, work hard and achieve dreams in life.

“If I can inspire one person to get out there and give anything a go, whether that’s sport or another challenge, that’s a good thing.”

For more information about The Good Village healthier kids program, head to n4hk.com.au 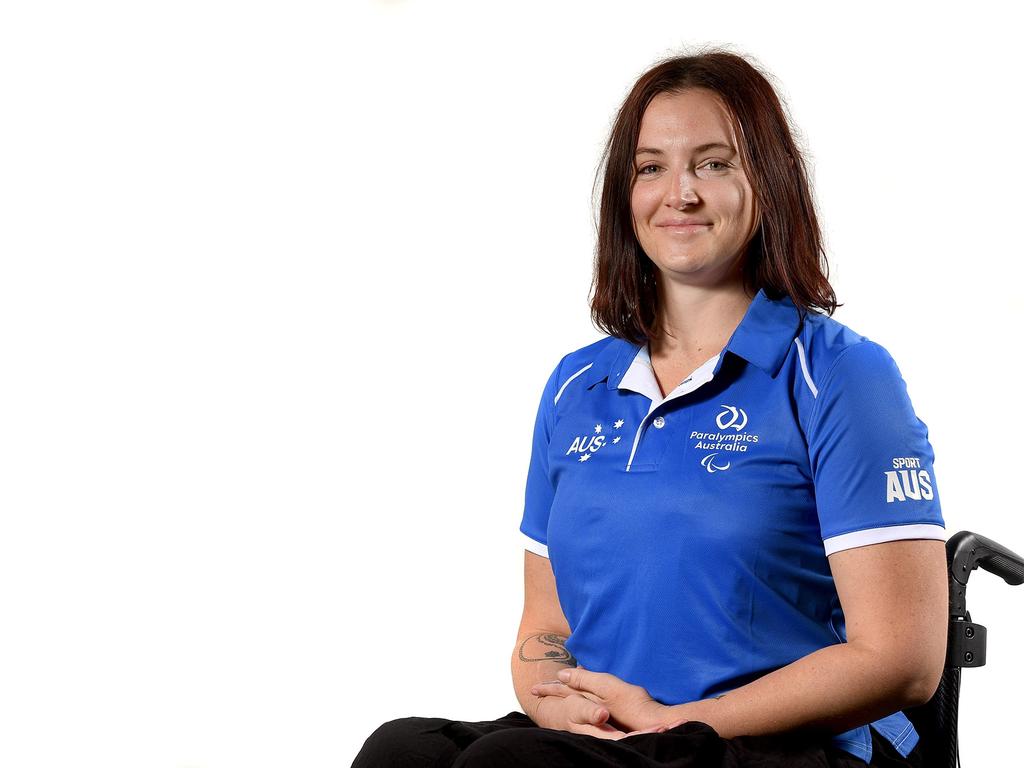 CLASSROOM ACTIVITIES
1. Team Vibe
Shae Graham said sport was a big part of her identity growing up and she didn’t realise how much she was missing the team vibe and community that surrounds sporting teams.

Work with a classmate to brainstorm all the positives that playing in a team sport brings. Write a list:

Do you play a team sport? If so, what would you miss most about it if you couldn’t play it anymore?

2. Extension
Shae says in the article that “you’ve got to do the things that scare you because you might just find the next thing you love”.

Reflect on your own life and think of something that might scare you a little bit, but you think you’d like to try one day. List that thing and what you might gain from giving it a go.