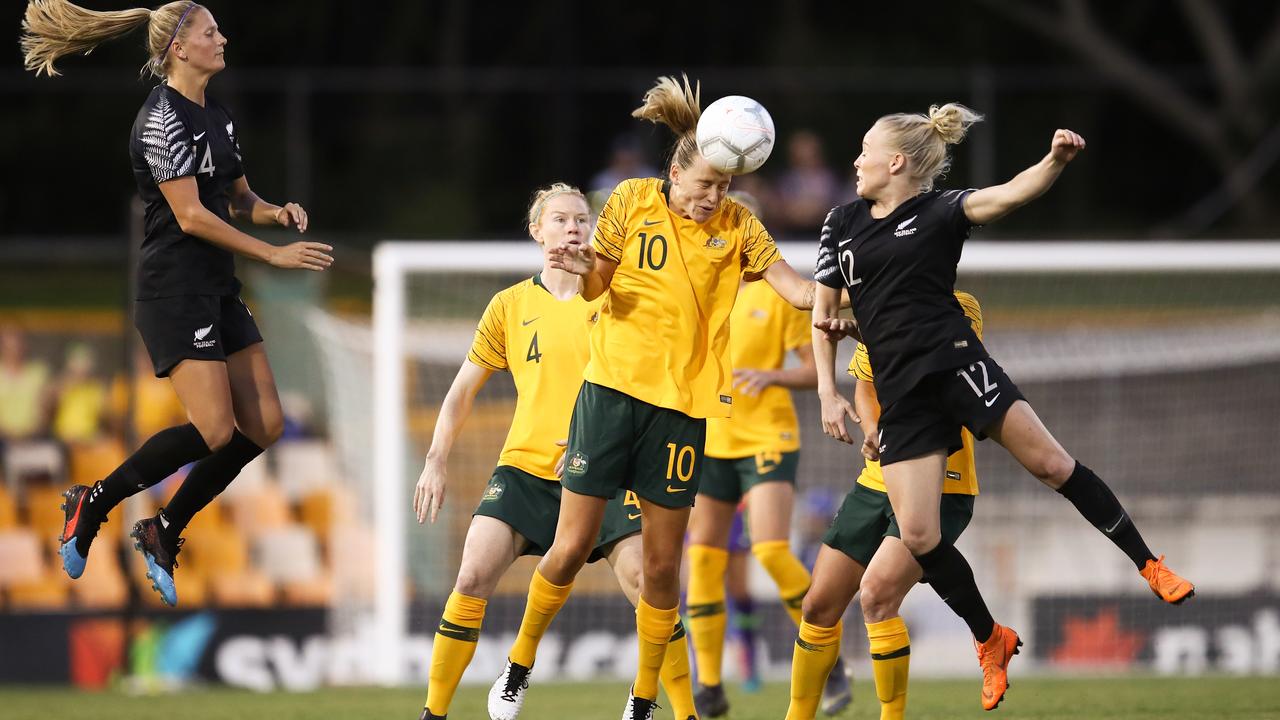 Emily Van Egmond of Australia heads the ball during the Cup of Nations match between Australia and New Zealand in Sydney on February 28, 2019. Picture: AAP

The Matildas will share the same pay with the Socceroos for the first time under a groundbreaking deal to treat the two national teams equally.

In what is believed to be a world-first agreement, the pool of money for payments to both the male and female senior national soccer teams will be identical, and all commercial revenues — the income generated — associated with both teams will be split 50/50 between them.

Historically the Socceroos have been allocated* a greater share of revenue* and been paid more to play, an imbalance that the players have agreed to correct.

Officials from Football Federation Australia and the players’ union have been negotiating for months to reshape the whole pay agreement, with both sides said to be determined to set an example after the players’ union had called for equal prize money at male and female World Cups earlier this year. The Matildas train at Montpellier, France during their 2019 World Cup campaign in front of Aussie fans. Picture: FFA

It’s hoped that the deal will be completed in time to be announced before the Matildas face Chile at Bankwest Stadium in Sydney, NSW, on Saturday, in the first of a double-header of friendlies* ahead of the Olympic qualifying tournament in February next year.

Under the new deal – which has been agreed in principle and just requires legal sign off – both the Matildas and Socceroos playing groups will share 40 per cent of commercial revenue and prize money associated with the senior national teams.

That in itself is an increase on the 30 per cent share under the previous deal, but more significant is the agreement to share that 40 per cent equally between male and female players.

In practice the men will be able to receive more in terms of prize money as the rewards at the men’s World Cup are much higher, but the principle of equity* extends to both teams receiving the same percentage of money coming in. 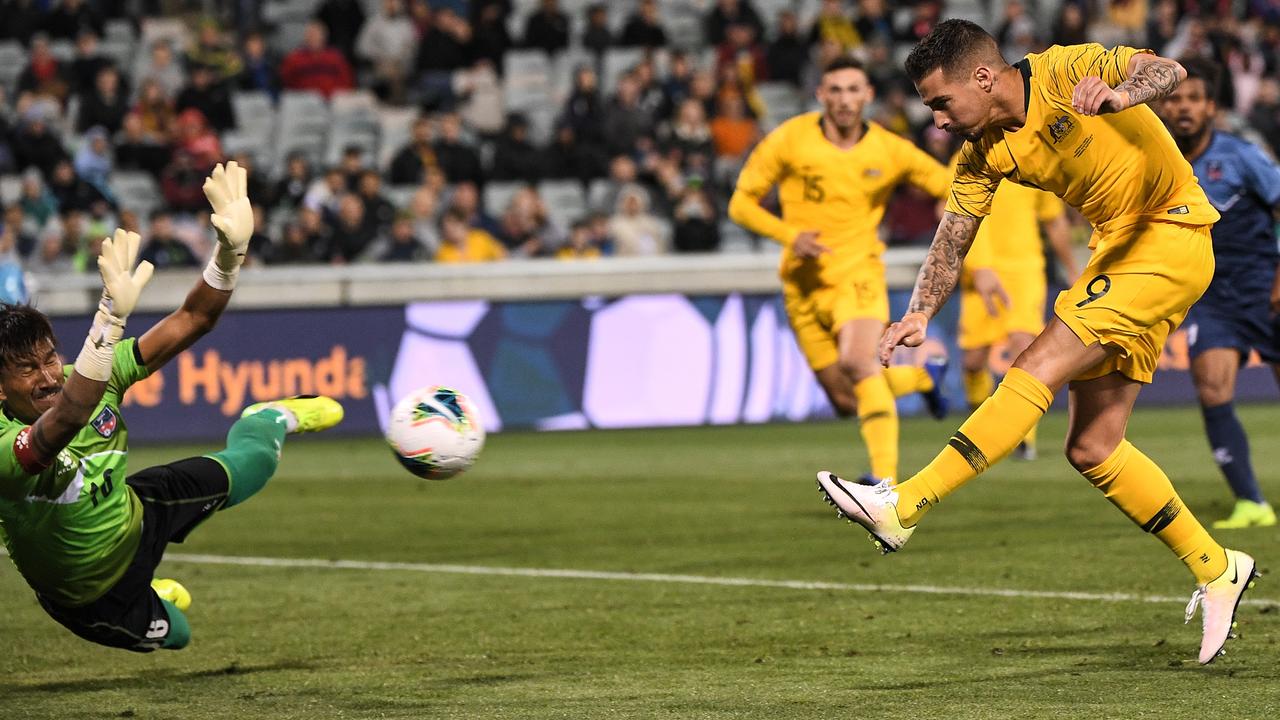 The male and female sides are paid differently for appearances, in that each Socceroo receives a match fee for appearing in a game, or being selected for a camp over a certain length. The Matildas, by contrast, are contracted* by FFA, and receive extra money on top based on club deals in the W-League and overseas.

But the overall sum of money allocated to paying each of the senior national teams will be the same under a deal that will be backdated to July 1. As part of it, there will be three levels of pay for the Matildas.

The Matildas launched a campaign ahead of the Women’s World Cup to try to persuade FIFA to reduce the huge difference in prize money between that tournament and the men’s World Cup.

Other teams are fighting their own federations to seek greater parity*, with the US women’s national team filing a law suit* against the US Soccer Federation alleging “institutionalised* gender discrimination” over pay and bonuses.

Matildas win the Cup of Nations

Heartbreak as Matildas crash out of World Cup

CLASSROOM ACTIVITIES
1. Payday Sums
After reading all the information about the new pay deal for the Matildas and Socceroos, answer the sums below calculating different payment amounts. Work with a friend to help each other.

If in 2019 the commercial revenue (income from business activities) was $2,000,000, how much would the Matildas and Socceroos each receive?

If this year the total prize money for the Socceroos was $10,000,000 how much would the players receive?

If this year the total prize money for the Matildas was $2,000,000 how much would the players receive?

If there were 15 players on the Socceroos team and they won the World Cup of soccer, how much would each of those players receive under this pay deal?

If there were 15 players on the Matildas team and they won the World Cup of soccer, how much would each of those players receive under this pay deal?

2. Extension
This pay deal is historic for women in sport. Work with a partner and write a list of what other sports and organisations could take a lead from this example to ensure women receive equal treatment.

Do you think the US women’s team has a good legal case for suing the US Soccer Federation? Why/why not?

HAVE YOUR SAY: How do you feel about equal pay for the Matildas and the Socceroos? Should this happen in other sports?No one-word answers. Use full sentences to explain your thinking. No comments will be published until approved by editors.