Scooter mania* has taken over the Tokyo Paralympics.

The little Aussie larrikin* has become the toast of Tokyo through his inspiring swimming performances in the pool and his ­wicked sense of humour.

Whether he’s hamming it up* at medal ceremonies or cracking jokes on national TV, Aussies just can’t get enough of Grant Patterson, better known as Scooter ­because of the tricycle he rides.

“I’m very thankful for all the people back home that are supporting me but I nearly need a receptionist here to answer all the messages because I don’t like to leave people short.”

In case you missed it, that last bit was a classic self-­deprecating* gag, because Patterson has diastrophic dysplasia, a form of dwarfism*.

Scooter often jokes about his condition but he’s deadly serious about swimming and helping others with disabilities. Australia’s Grant Patterson competes in the men’s 50m breaststroke SB2 heat before going on to take silver in the final at the Tokyo Aquatics Centre on August 31, 2021. Picture: AFP

He’s won two medals in Tokyo – a bronze in the 150m medley on Saturday, August 28, and a silver in 50m breaststroke on Tuesday, August 31 – but his biggest impact has been out of the water.

He’s had fan mail from celebrities and supermodels, but the ones that have meant the most to him have come from ordinary mums and dads whose own children have the same impairment* as him.

“That’s very touching, it’s really special, so I make sure I reach out to them and give them my email and number,” he said. 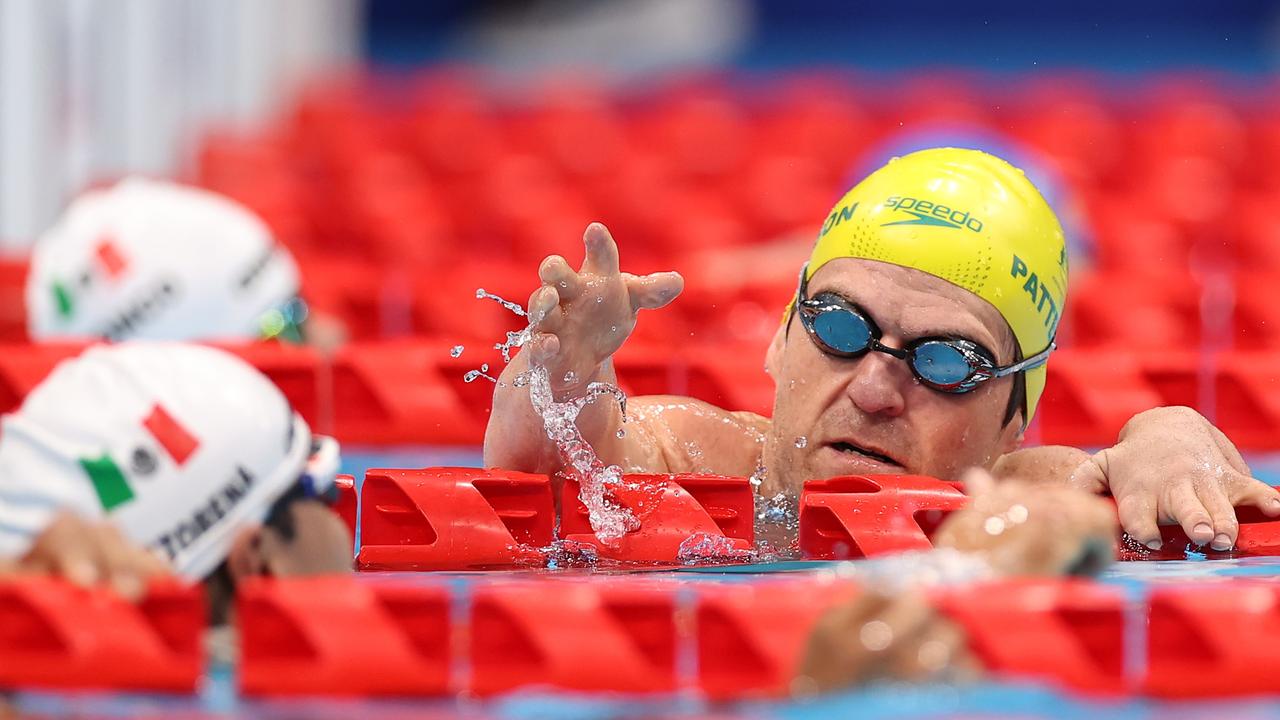 Patterson’s silver on Tuesday was among an astonishing 12 medals – two golds, four silvers and six bronzes – won by Australia that day.

Six medals came from the road cycling team, while our swimmers and athletes provided three each.

Col Pearse, who won a bronze medal in 100m butterfly, said watching Scooter collect his medal saved him from a complete meltdown before his race.

Pearse, who lost his right foot as a toddler in an accident with a ride-on lawnmower, said he started to shake uncontrollably before his race.

“I had pins and needles in my hand. I couldn’t actually feel my hands. I had to pour water on my hand to try and get the feeling back,” he said. 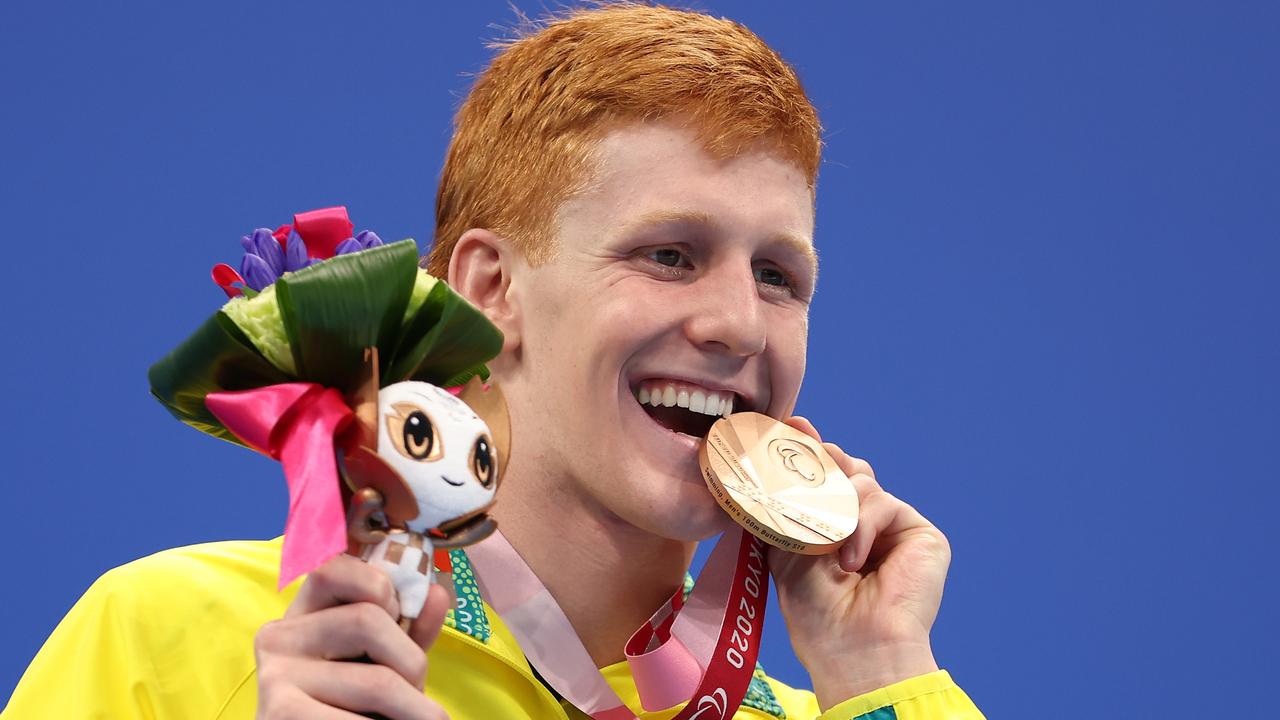 Jasmine Greenwood, 16, took silver in the women’s 100m butterfly after being just touched out for gold on the wall.

Carol Cooke, 60, became the second oldest Australian woman to get on the podium at the Paralympics when she took silver in the women’s T1-T2 time trial. 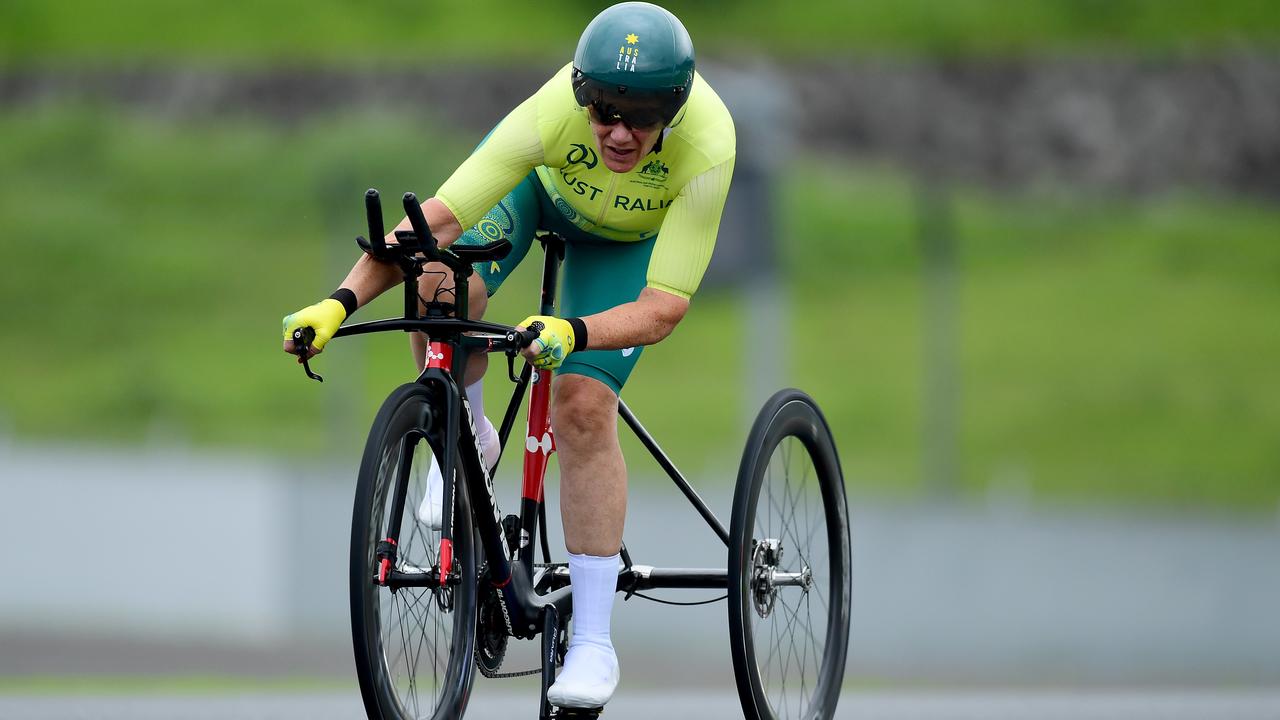 In athletics, James Turner blitzed his rivals to win the men’s T36 class 400m gold in a Paralympic Games’ record time of 52.80 seconds.

Jaryd Clifford won a bronze medal in the 1500m run for visually impaired athletes and Madi de Rozario won a bronze in the women’s 1500m wheelchair.

Paralympics kick off in blaze of colour

From laps in dam to Paralympic dream

CLASSROOM ACTIVITIES
1. Great character
First, make a list of the character traits that have endeared Scooter to the Australian public and his teammates.

Then, write a paragraph explaining what life lesson you can take from Scooter’s story.

2. Extension
In the story, Scooter is quoted making a self-deprecating gag about himself. While it is not okay to make jokes about others that might hurt their feelings, it can be humorous to make jokes about unique aspects of ourselves if we are comfortable with those elements of uniqueness. Write a paragraph to explain something that is unique about you that you would be happy to laugh with others about and why you feel comfortable about this.

VCOP ACTIVITY
A Joke A Day Keeps the Doctor Away
We know Scooter (Grant Patterson) loves a joke. Laughing is not only good for the soul, it’s actually very good for your health.

So let’s be really healthy and write a joke to share with Scooter, a classmate or a family member, and see if you can make someone smile or laugh today.

You can decide if you read the joke out to your person of choice, or you may like to leave it somewhere for them to find and read.

Don’t forget to use your neat handwriting and correct punctuation, or the joke might not make sense.