Titmus, 20, wore down Ledecky in an epic* 400m freestyle final on day three of competition at the Games.

Ledecky, a five-time Olympic gold medallist and the reigning* Olympic champion in this event, looked to be in control of the race and was leading at the halfway mark.

But the Australian overtook the American at 350m and stormed home in a time of 3min 56.69sec. Ariarne Titmus poses with her medal, the second gold won by Australia at the Toyko Olympic Games. Picture: Getty Images

Titmus’ coach, Dean Boxall, went crazy in the stands at the Tokyo Aquatics Centre, while her family cheered and cried as they watched her win from Noosa in Queensland.

Vision of Boxall’s wild celebration was broadcast around the world with NBC commentators saying: “I mean he is going crazy. Oh my goodness. He’s like putting on a show like Mick Jagger and the Rolling Stones* or something.” Footage of Ariarne Titmus’s coach, Dean Boxall, was shown around the world after he went wild in the stands after the Aussie champ’s win.

When the Australian champion, nicknamed the Terminator, was told about her coach’s celebration, she said: “He means everything to me. Coming into this race we knew what we had to do.

“We didn’t discuss what I wanted to do in the pool. It was more of a ‘have fun’ moment. ‘I love you. Have fun’.

“We practised this for so long. I just knew what I had to do when I got out there.”

The gold medallist’s parents, Steve and Robyn, and sister, Mia, were joined by swimming legend Dawn Fraser to watch the race. 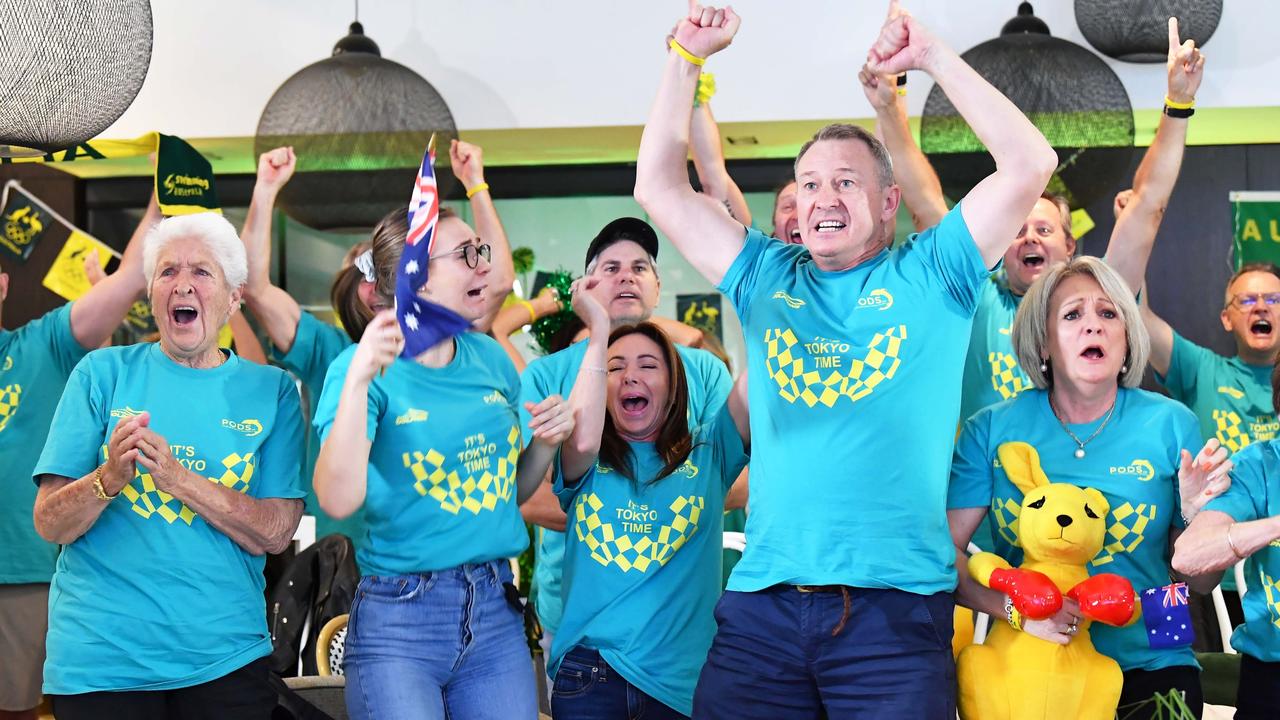 “It is top of the class,’’ Fraser said. “I certainly had tears in my eyes. That was one of the great wins. I liked the fact she swam her own race.

“It was the 400m and she beat the world record holder and to come out and do it at a young age in her first Olympics says a lot about her and our Dolphins*.

“She is very cool. I like her perseverance*. She swims her own race and does not get distracted.’’ 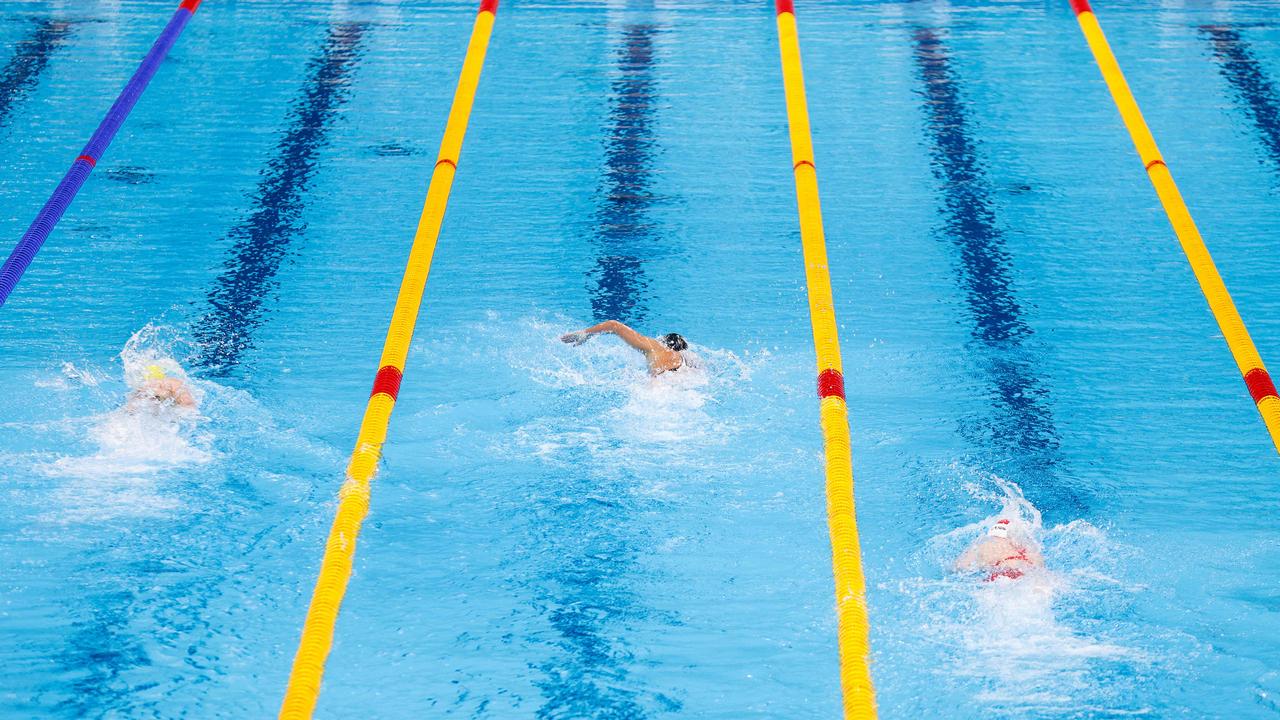 Australia’s Ariarne Titmus (in the left lane) had to overpower US great Katie Ledecky (in the centre lane) in the last 50m of the 400m freestyle race. Picture: AFP

Ledecky, who said she had “fought tooth and nail”, was not disappointed that she didn’t win the gold and thought the pair had “delivered a great race”.

Titmus is the first Australia woman to win the 400m Olympic gold since Shane Gould in 1972. Earlier, Emma McKeon won bronze in the 100m butterfly. She was one of the favourites for the event after qualifying third fastest in the heats.

She clocked a time of 55.72sec to finish third behind Canadian Maggie MacNeil in first place and China’s Zhang Yufei in second place. Australia’s men’s 4x100m freestyle team took to the pool after Titmus’ triumph, claiming bronze after a flying final leg by Kyle Chalmers dragged them from fifth to a place on the podium*.

The team of Matt Temple, Zac Incerti, Alexander Graham and Chalmers finished behind the US and Italy.

CLASSROOM ACTIVITIES
1. Gold Medal Greats
Ariarne Titmus put in an amazing race to become an Australian Olympic gold medallist. This is a huge achievement, but also one that takes many sacrifices from the athlete themself and their family.

Now work with a partner and complete your table, listing the sacrifices you think Ariarne has made and how each one has possibly helped her achieve her dream.

2. Extension
Which other sports are you looking forward to watching at the Tokyo Olympics? Do you think Australia has a chance to win gold medals in these events? Do you think winning a medal at these Olympic Games will mean more or less to the athletes considering the current Covid-19 climate?

VCOP ACTIVITY
My Olympic Hero
Write a letter to one of the Olympic Athletes. Explain to them how proud you are of them, why they are an Olympic hero to you, and that you have noticed them.

Your letter can be anonymous or you can personally sign it off.

Try to include detail and emotion in the letter to connect with your target audience, your Olympic hero.