The scientific knowledge about Australia’s plants and animals and the contents of our national library are among the digital treasures being kept in a vault 250m underground in a former coal mine in Norway.

The GitHub Arctic Vault program is one part of a global code bank called GitHub, where programmers can share code with others to check for bugs or for them to use in their own programs. Technology company Microsoft bought GitHub in 2018.

The vault is aimed at preserving the information for generations to come.

“We’ve partnered with multiple organisations and advisers to help us maximise the GitHub Archive Program’s value and preserve all open-source software for future generations.”

One of those partners is Norwegian archival* experts Piql, who specialise in very-long-term data storage. 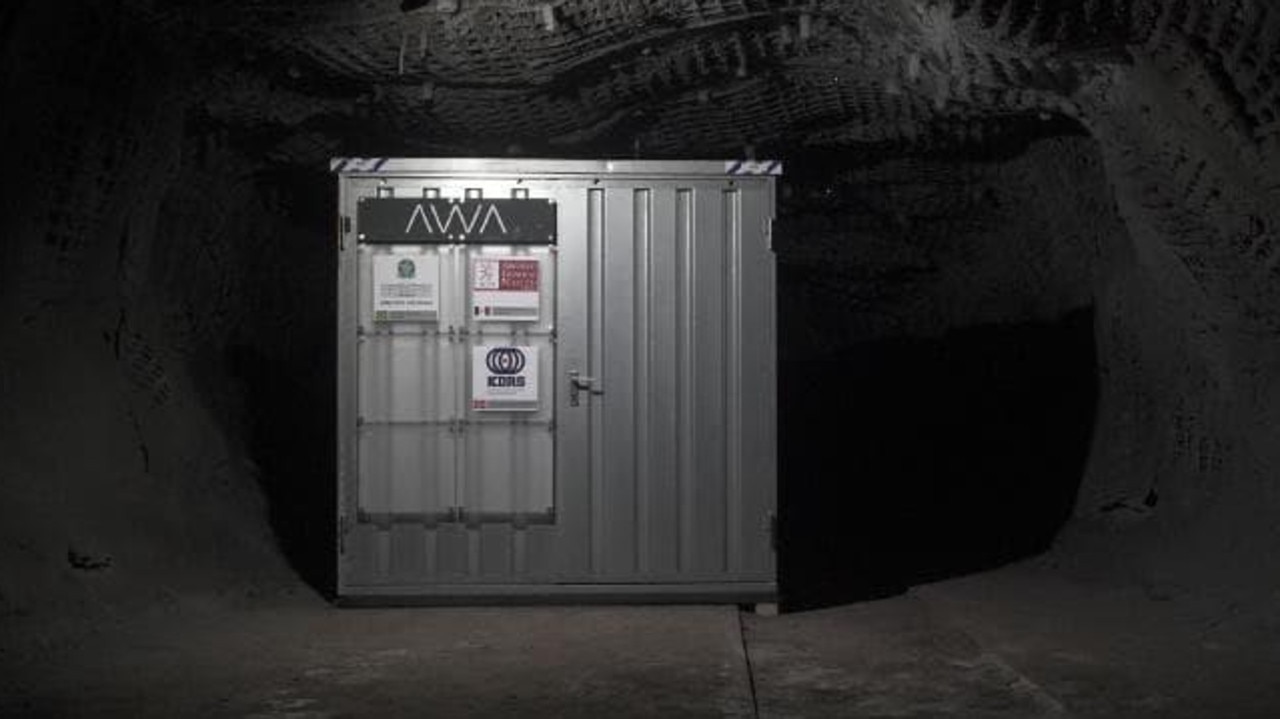 250m underground in an abandoned coal mine lies the archive of open source code, where it should stay for the next millennium. Picture: supplied

The company uses around 200 silver halide* and polyester film reels designed to last a thousand years to store the information in the former coal mine, which is on a Norwegian island called Svalbard.

“We chose to store GitHub’s public repositories* in the Arctic World Archive in Svalbard because it is one of the most remote and geopolitically* stable places on Earth and is about a mile down the road from the famous Global Seed Vault,” Mr Dohmke said. 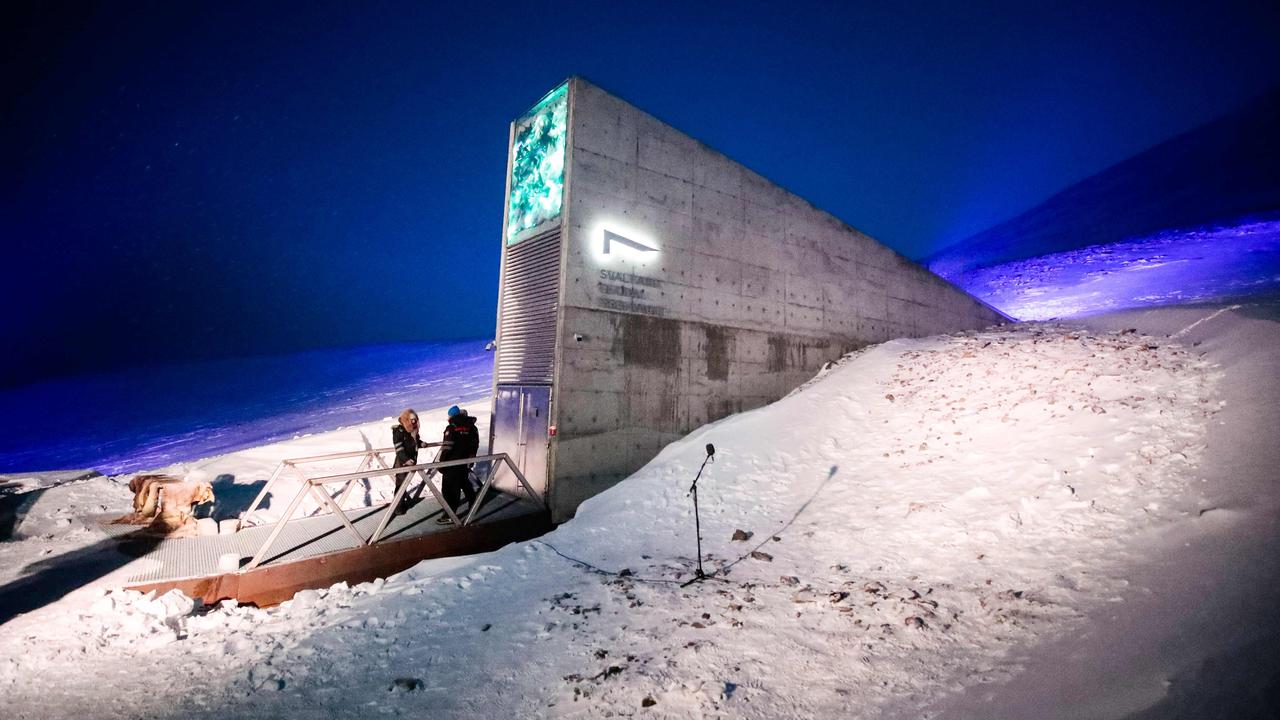 The entrance to the Global Seed Vault outside Longyearbyen on Spitsbergen, part of the Svalbard group of islands, Norway. Picture: Lise Åserud/NTB Scanpix/AFP

The Global Seed Vault holds a variety of plant seeds as back ups from other gene banks around the world to protect them from regional or global crises such as wars or natural disasters.

“Today, almost every piece of software relies on open source. It’s the lifeblood of the internet, but much of the world’s data is ephemeral*, kept on storage media expected to survive only a few decades,” he said.

“As the home for all developers, GitHub is in a unique position and we believe has the responsibility to protect and preserve the collaborative* work of millions of developers around the world.

“Ultimately, it’s time to create multiple durable* backups of the software our world depends on.” The film reels are sorted by country. Picture: supplied

Of course, the code is not much good without computers to run it on.

To that end, GitHub created a guide to provide “context and direction to the contents in every archive”.

“The guide provides an overview of what software is, an explanation of open source and its ethos*, and a technical overview of how to unpack the archive’s contents” to help future generations understand it,” Mr Dohmke said.

Some of the coded gems now held in the old coal mine include the Atlas of Living Australia, an open access database with information on Australian biodiversity hosted by the CSIRO*.

Code for the National Library of Australia and the collected information of OpenAustralia is also contained in the vault. OpenAustralia is a charity set up to allow people to keep track of what politicians are doing and saying on our behalf in parliament. 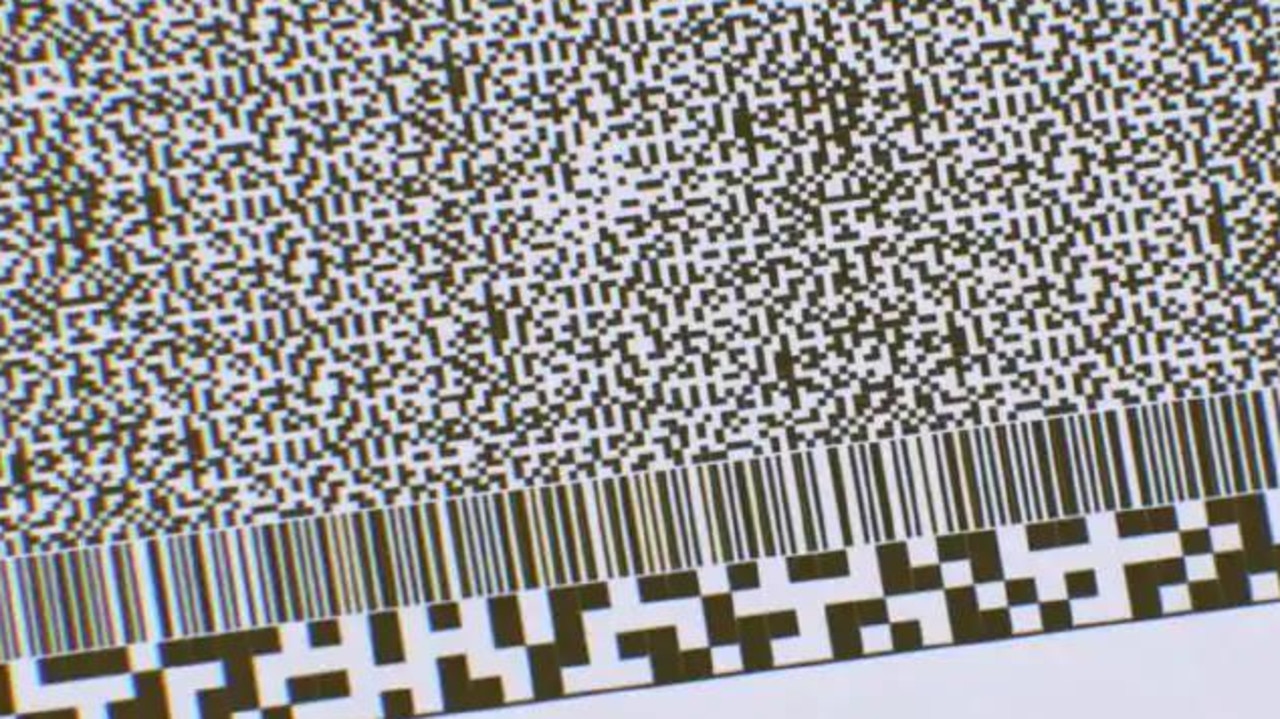 An example of the films that preserve the vital codes for the future. Picture: supplied

Other treasures include the original source code for MS-DOS (the precursor* to Microsoft Windows), the open source code that powers Bitcoin*, Facebook reacts*, and the publishing platform WordPress.

Seed vault could one day feed the world

CLASSROOM ACTIVITIES
1. Past/Present/Future
The GitHub Arctic Vault program is a bit like keeping a time capsule, however instead of storing physical items, key information about our country is stored in digital formats so it can last thousands of years.

Work with a partner and list the sort of things and information that you think should be included in this vault, from the past, present and what you would like to see stored in the future. List the items that could be stored in the vault

2. Extension
The GitHub company chose the Arctic World Archive in Svalbard “because it is one of the most remote and geopolitically stable places on Earth”. Why would they believe these conditions are important to store this vault?

What do you find most interesting about this project? Why is it important to store crucial information relating to our country and people?

HAVE YOUR SAY: What would you put in a vault to keep it safe?
No one-word answers. Use full sentences to explain your thinking. No comments will be published until approved by editors.