Drone patrol to keep beaches and bush safe over summer 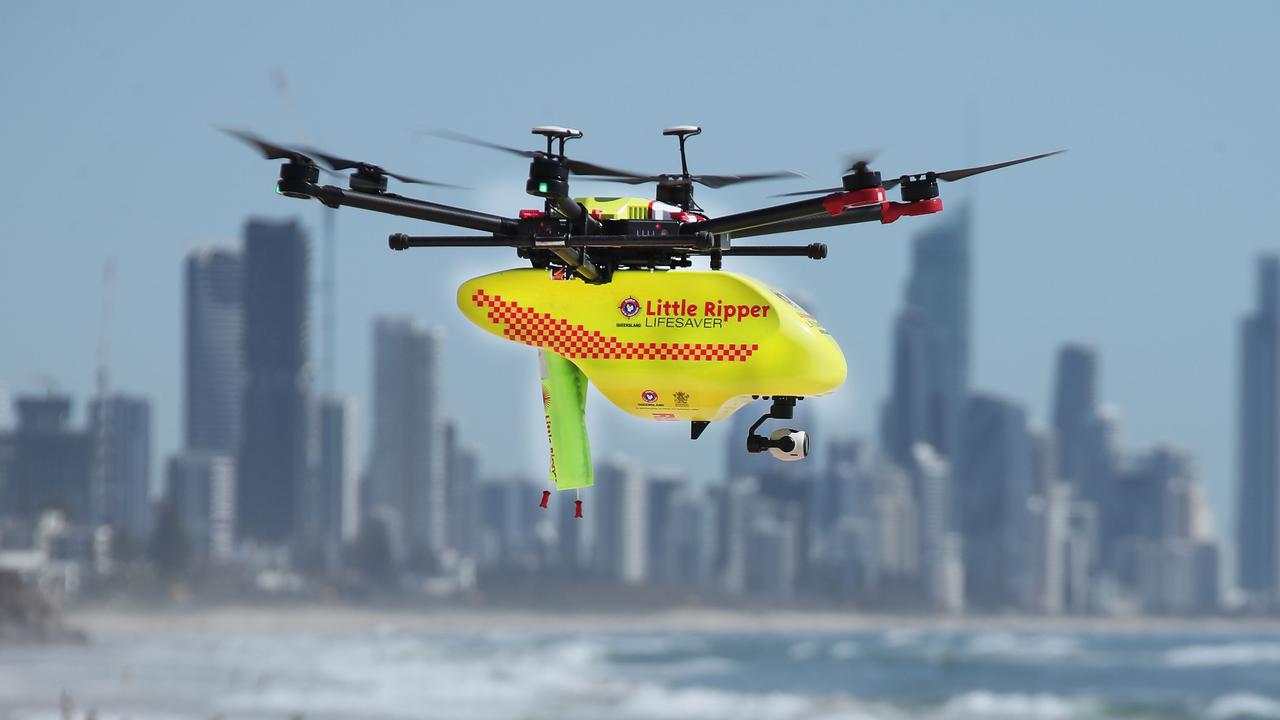 A Little Ripper Lifesaver drone flies over a Gold Coast beach. It is part of a fleet that will fly simultaneously along the east coast of Australia and be monitored from a central control room to help keep beaches safe over summer. Picture Glenn Hampson

A fleet of drones monitored from a central control room will be used to help keep beaches and the bush safe during summer.

As many as 1000 drones will simultaneously* patrol the east coast of Australia, providing real-time* information about shark sightings and struggling swimmers, even deploying* small rafts to swimmers in danger.

World-first software, created by drone rescue company the Ripper Group and Advanced Navigation, allows the drone fleet to be linked to the control centre.

Ripper Group chief executive Jason Young said the new drone control system was a game changer that would expand their reach and response.

“We can now manage Little Ripper rapid response rescue drones across multiple locations from one easy-to-use central command,” he said.

“When seconds count, real-time data is extremely important. This allows teams in the field to be able to co-ordinate with each other and the command centre, achieve the mission and even save a life.” A trial on October 5 saw five drones flown simultaneously along a 1000km stretch of Australia’s coastline, from the Gold Coast in Queensland to NSW’s Port Macquarie, Newcastle and Little Manly Point on Sydney Harbour.

Advanced Navigation and Cloud Ground Control chief executive Xavier Orr said that until now drones had usually been controlled by a single pilot on the ground.

“We set out to change that by connecting drones to the cloud over 5G networks,” he said. “By doing that you can give multiple operators located anywhere full situational awareness*.” The Ripper Group’s Westpac Little Ripper drones have successfully been used in surf rescues in Australia for years.

In January 2018, the technology made history when it was used to help save the lives of two boys in big surf at Lennox Head, on the far north coast of NSW.

These drones will be used in other areas in the future too, with plans to use thermal imaging* technology mounted on the flying machines to search for wildlife, particularly koalas, in bushfire ravaged areas. Images of wildlife taken using thermal imaging technology on drones in a bushfire affected area near Batemans Bay and Mogo, NSW, in January.

The Ripper Group and Advanced Navigation have partnered with organisations including Surf Lifesaving Australia, wildlife rescue groups and emergency groups during natural disasters for the summer period.

2. Extension
Can you think of a way that this software could be used at school? Write a description of a problem or everyday situation at school that could be helped using drone technology and software.