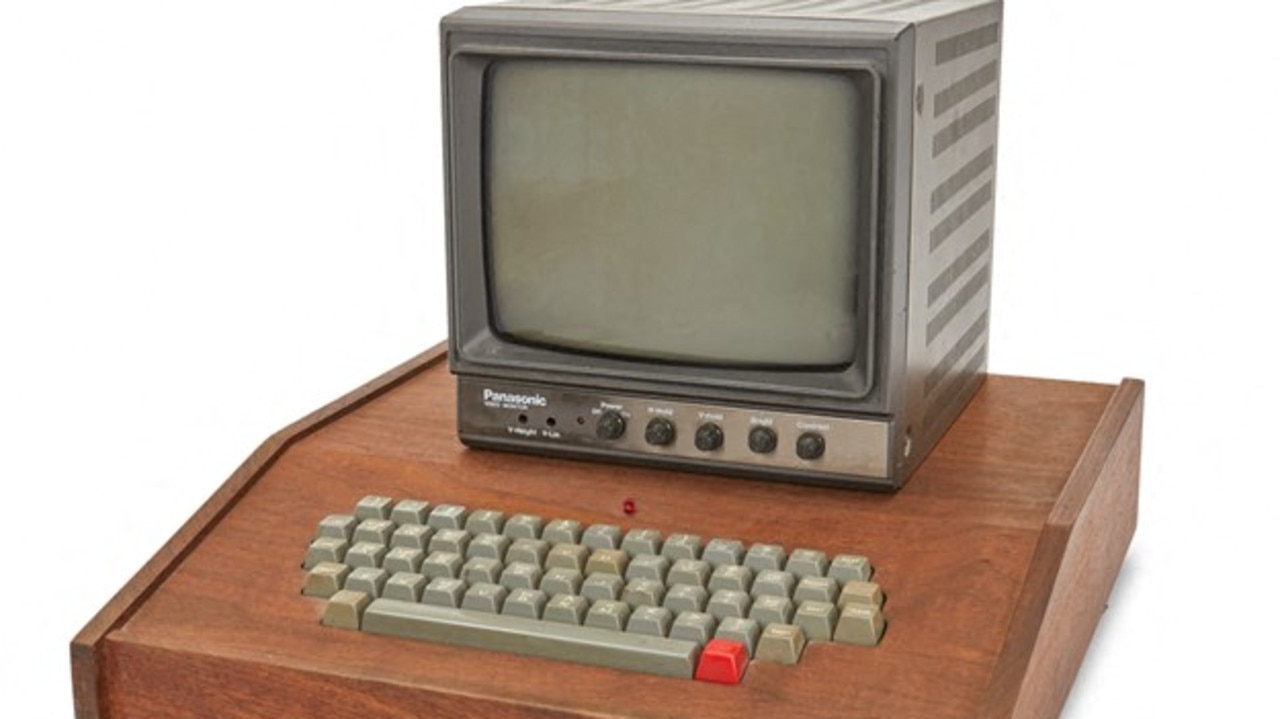 An original Apple computer, hand-built 45 years ago by company founders* Steve Jobs and Steve Wozniak, has sold in the US for $400,000, the equivalent of more than $545,000 AUD.

The functioning* Apple-1, the great-great-grandfather of today’s sleek chrome-and-glass Macbooks, was sold at auction in California on November 9.

The so-called “Chaffey College” Apple-1 is one of only 200 made by Jobs and Wozniak at the very start of the company’s odyssey* from garage start-up to tech giant worth $2 trillion.

What makes it even rarer is the fact the computer’s hardware is encased* in koa, a wood that is native to Hawaii, with the monitor mounted on top. Only a handful of the original 200 were made in this way. Jobs and Wozniak mostly sold Apple-1s as component* parts. One computer shop that took delivery of around 50 units decided to cover the hardware of some of them in wood, the auction house said.

“This is kind of the holy grail* for vintage* electronics and computer tech collectors,” Apple-1 expert Corey Cohen told the Los Angeles Times ahead of the bidding.

“That really makes it exciting for a lot of people.”

John Moran Auctioneers said the device, which was sold with a 1986 Panasonic video monitor, had only ever had two owners.

“It was originally purchased by an electronics professor at Chaffey College in … California, who then sold it to his student in 1977,” a listing on the auction house’s website said.

The Los Angeles Times reported the student, who has not been named, paid just $650 for it at the time.

While the $400,000 price paid by the successful bidder is a lot more than the former student paid, it is a long way short of the record for such a device. 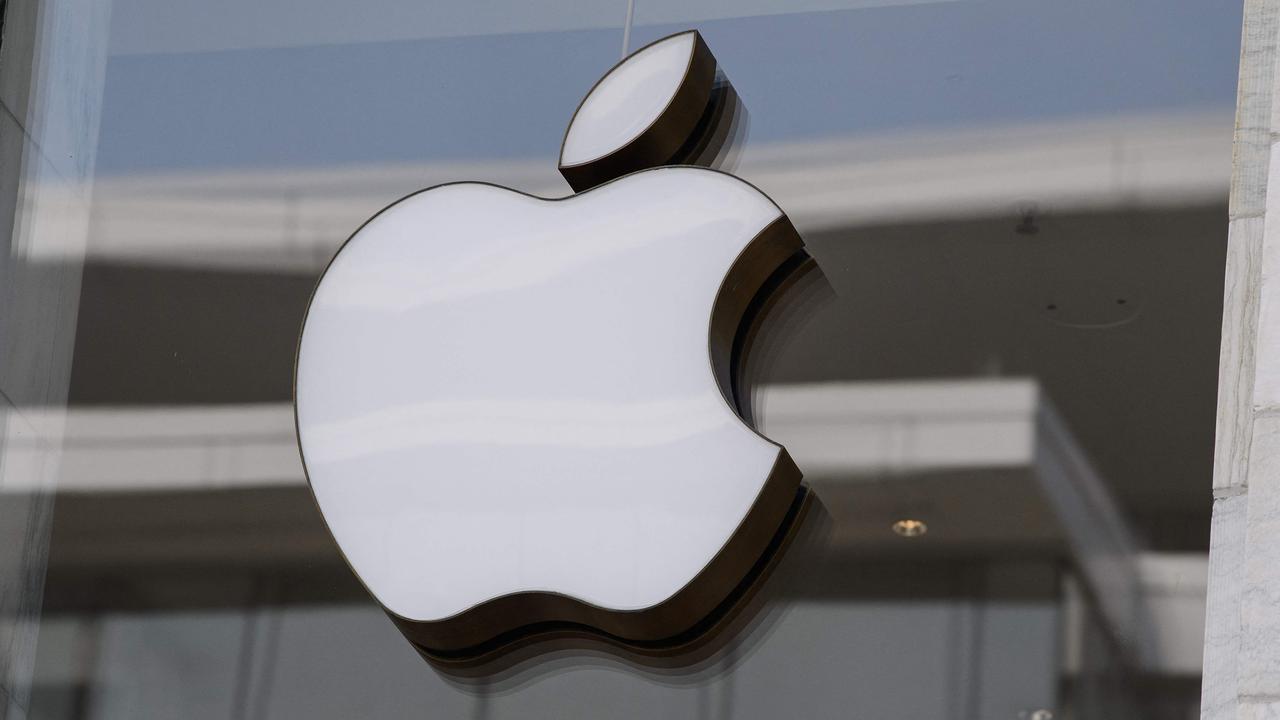 Apple started in a suburban garage and is now one of the most recognisable brands on the planet, valued at over $2 trillion US. Picture: AFP

“A lot of people just want to know what kind of a person collects Apple-1 computers and it’s not just people in the tech industry,” Mr Cohen said.

Apple raced to success in the late 1970s and early 1980s, but struggled after the departure of Jobs and Wozniak.

The company was reinvigorated* in the late 1990s, and Jobs was brought back as chief executive officer.

He oversaw the launch of the iPod, and later the world-changing iPhone, before his death in 2011. 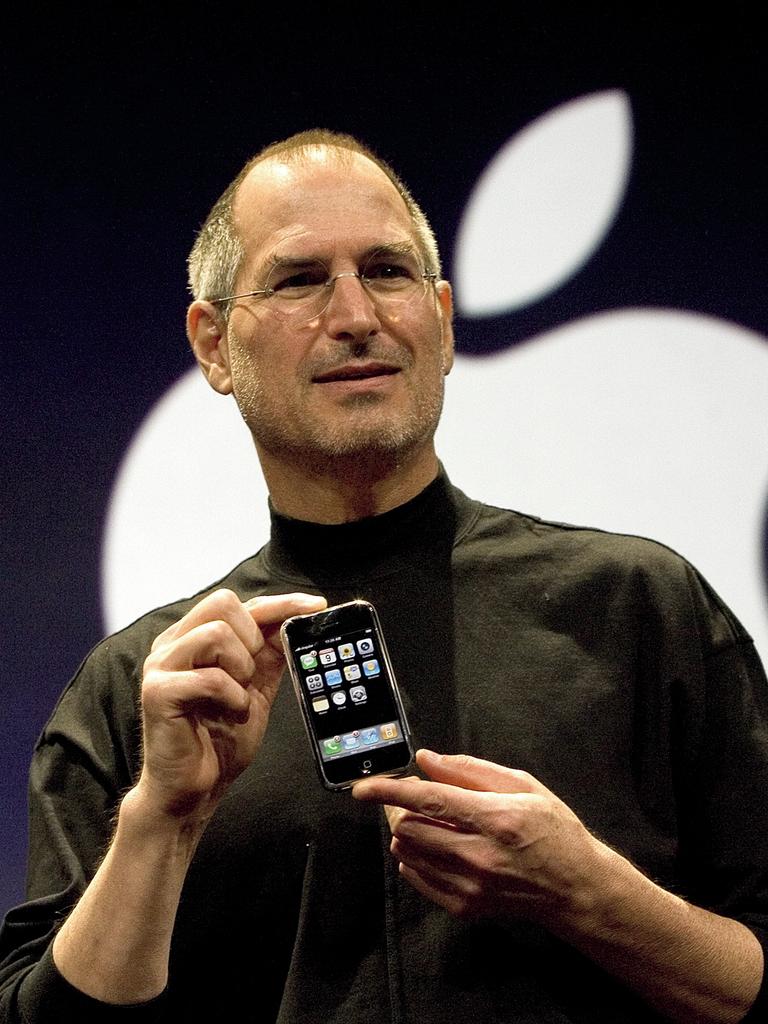 On June 29, 2007 Apple co-founder Steve Jobs launched the device that changed the world: the iPhone. Jobs passed away just four years later at the age of 56.

Digital artwork snapped up for $90 million

CLASSROOM ACTIVITIES
1. Future auction item
Think of a piece of fairly new technology and design an auction advertisement for this item and how it might sell in 2066, in 45 years’ time.

Describe the item, its use, what it looks like and its current cost. In your advertisement, describe why it’s unique and what sort of collectors may like to bid on the item if it were the year 2066. Put a price range of how much you think this item will sell for and what collector it may appeal to.

Can you envision a future like this, looking at new technology items becoming old and obsolete over the years?!

2. Extension
Explain why you think the Apple-1 computer in 2014 may have sold for a lot more than one just last week?

What do you think has driven the success of the Apple company?