China has announced strict new limits on video game time for kids in a bid to curb screen addiction.

Gamers under the age of 18 will only be allowed to play between 8-9pm on Fridays, Saturdays, Sundays and official holidays, China’s main state-run media agency Xinhua reported on August 30.

The announcement is part of a broader crackdown* on technology in China — and comes less than a month after Chinese state media suggested online gaming was threatening to “destroy a generation,” sending stock market shares of game makers plummeting*.

As part of the strict new rules revealed Monday, online game companies will have to register gamers “using their real identifications,” meaning that crafty kids and teens will not be able to evade* the ban by simply creating new accounts under fake names. 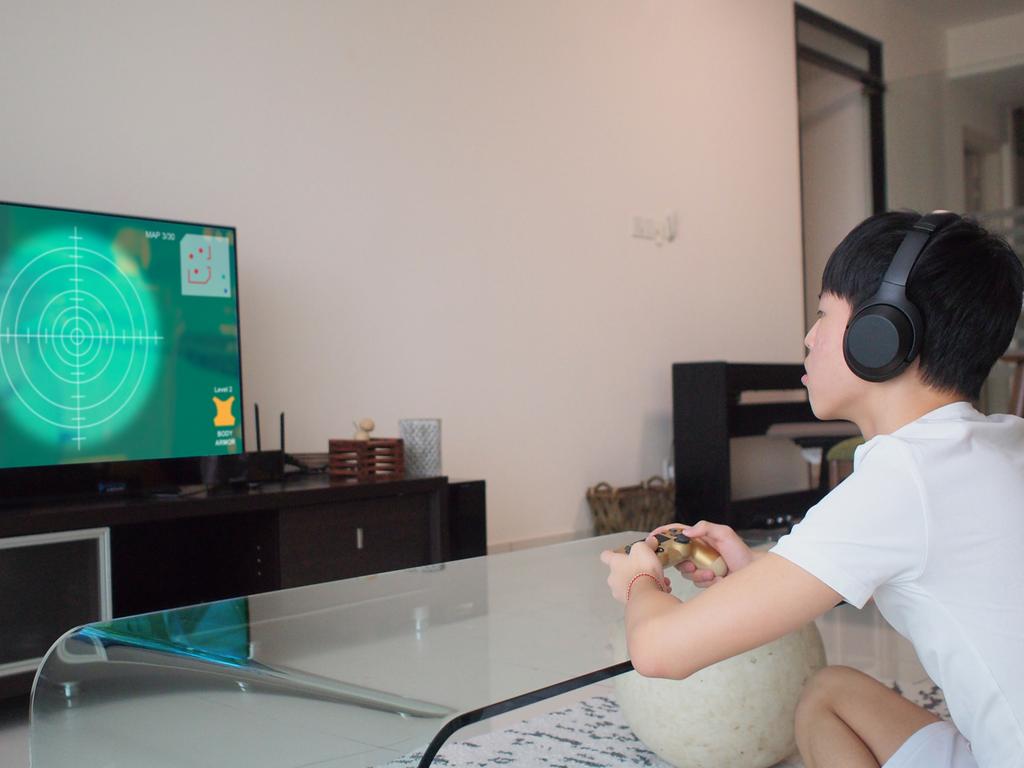 Enforcing the video game restrictions in China will likely have its challenges, but game-makers are expected to be part of the solution by putting secure player registration measures in place.

State administrators will “deal with companies that fail to put measures in place,” Xinhua warned, citing* a document from China’s National Press and Publication Administration, which according to the Associated Press also reported that the new rules would take effect on September 1.

It is not the first time China has attempted to combat video game addiction. A cap on gaming hours was first introduced in 2019, when gamers under the age of 18 were allowed to play for 90 minutes per day on weekdays and three hours per day on weekends and holidays. They were blocked from playing between 10pm and 8am.

The new rules — cutting permitted gaming time for minors* from a maximum of 13.5 hours to just three hours most weeks — already had some investors worried.

New York-traded shares of Chinese computer and mobile game developer NetEase were down 8.8 per cent at $84.59 when US markets opened Monday, while shares of more diversified* tech giant Tencent fell 2.5 per cent to $57.50. But while China’s restrictions might sound appealing to Australian parents at their wits’ end with screen time, leading parenting expert Dr Justin Coulson told 3AW Breakfast hosts Ross Stevenson and Russel Howcroft that kids “are not necessarily ‘addicted’ to the game”.

“What they’re addicted to is having certain psychological needs met, which the games do really, really well,” Dr Coulson said. “Research shows there is “a really strong upside to games. Most of the time, most kids are actually going to be okay if they play games, even if it’s a few hours a day. Research tells us that kids learn about connection, they learn about creation, they get to develop cognitively*.” Dr Coulson went on to say that there are many wellbeing benefits that come from games, including the social connection that comes from walking into the schoolyard each day having played the same game the night before that everyone else was playing.

“Kids that don’t play games quite often feel like they’re on the outer and can be at a disadvantage,” he told radio hosts Stevenson and Howcroft. “The way these games work is they really do bring people together.”

The serious disadvantage of that coming together is that sometimes neither kids nor parents know who the other players might be — and Dr Coulson reinforced in the 3AW radio segment that parents, “have a really strong responsibility to monitor and educate and work with their kids on their games”.

“This is a community issue,” he said. “Games in and of themselves have advantages and disadvantages, but children need to be developmentally ready for some of the content that’s in the games and as parents we’ve got to help our kids to make sure that they’re having a whole and balanced life.” 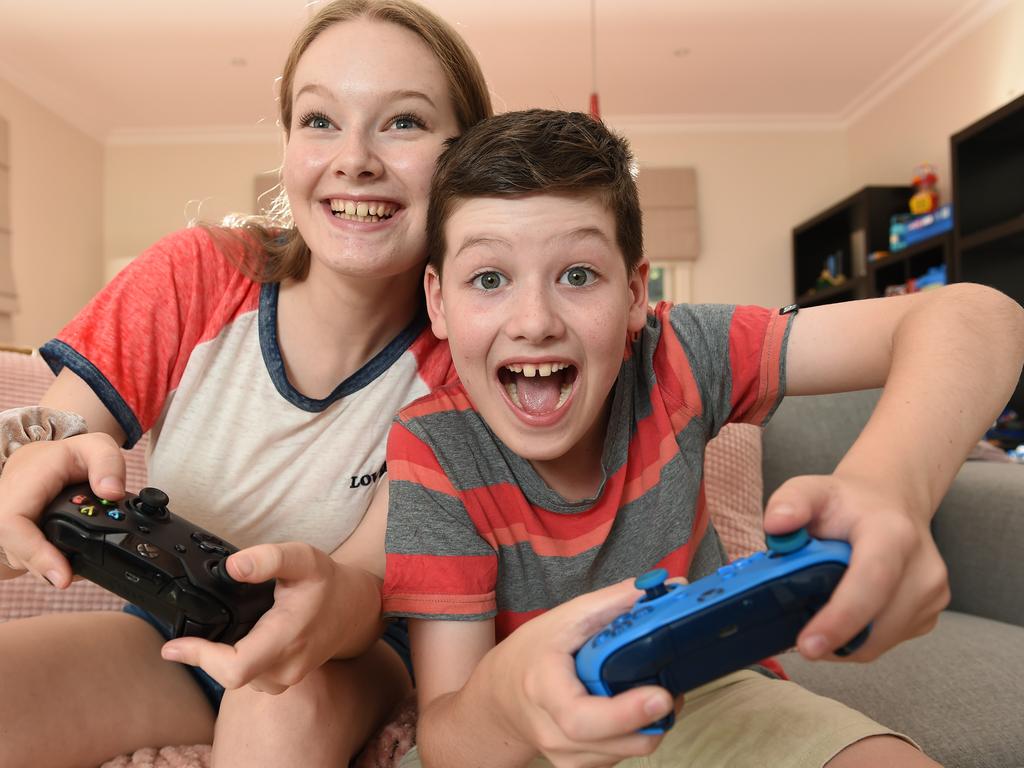 Imogen, 18, and brother Brady, 11, believe gaming has helped them stay in touch with friends during Covid restrictions. Picture: Josie Hayden

Elements of a full, balanced life include exercising every day; getting into nature and enjoying green time on top of screen time; enjoying socially connected time with the people who matter to you and practising a musical instrument or another creative pursuit.

“If they want to have a couple of hours on their games once they have done all that … I don’t think there is anything the matter with that,” Dr Coulson said. “So long as we’re aware of the context – like it’s not dinnertime or bedtime – and the content, so it’s not (rated for an older age group) or developmentally inappropriate.

“I don’t think we should be over the top with this … Most people figure it out with good limits, good guidance and a little bit of maturity.”

This article was originally published by the New York Post. It is republished with permission, with additional Australian reporting by NCA.

CLASSROOM ACTIVITIES
1. Flaws versus arguments for online gaming ban
You need to look at both sides of the argument to analyse this article. There are arguments for and against the Chinese government putting bans on different types of activities, such as gaming, but is it fair and just to place these restrictions on the Chinese people or should it be up to parents how much their kids play games?

Create a two-column table, with the left hand column headed ‘Flaws in strict gaming bans’ and the right hand headed ‘Arguments for this plan’.

Work with a partner and write a list of flaws (arguments against the Chinese government putting this ban in place) and a list of arguments as to why this is a positive idea for the health of the younger population.

2. Extension
What do you think would happen if the Australian government wanted to impose this ban on the people of Australia and the technology companies? Do you think these sorts of bans are good or bad for a country?

VCOP ACTIVITY
Contract of screen time use
There are two really strong views represented in the article about gaming. One side is saying we need to cut right back to stop a generation being destroyed, and the other side is saying there are a lot of benefits to gaming.

Your parents want to create a happy medium or middle ground. Thy have tasked you with the job of creating a weekly contract of screen time usage for the whole family. That means not only do you have to think about what is a reasonable time frame for you to be on a screen, and why that is, but you also need to think about other family members as well.

Consider whether anything needs to happen before, during or after screen time to help create more of an educational value, and what that might be.

Present your contract conditions to your family, but get ready to negotiate terms as you will need to try and please everyone.

Set out your work neatly using clear organisational strategies like paragraphs and dot points. Include references to the article where possible to support your terms of use, and try and link in with all your family members’ needs.