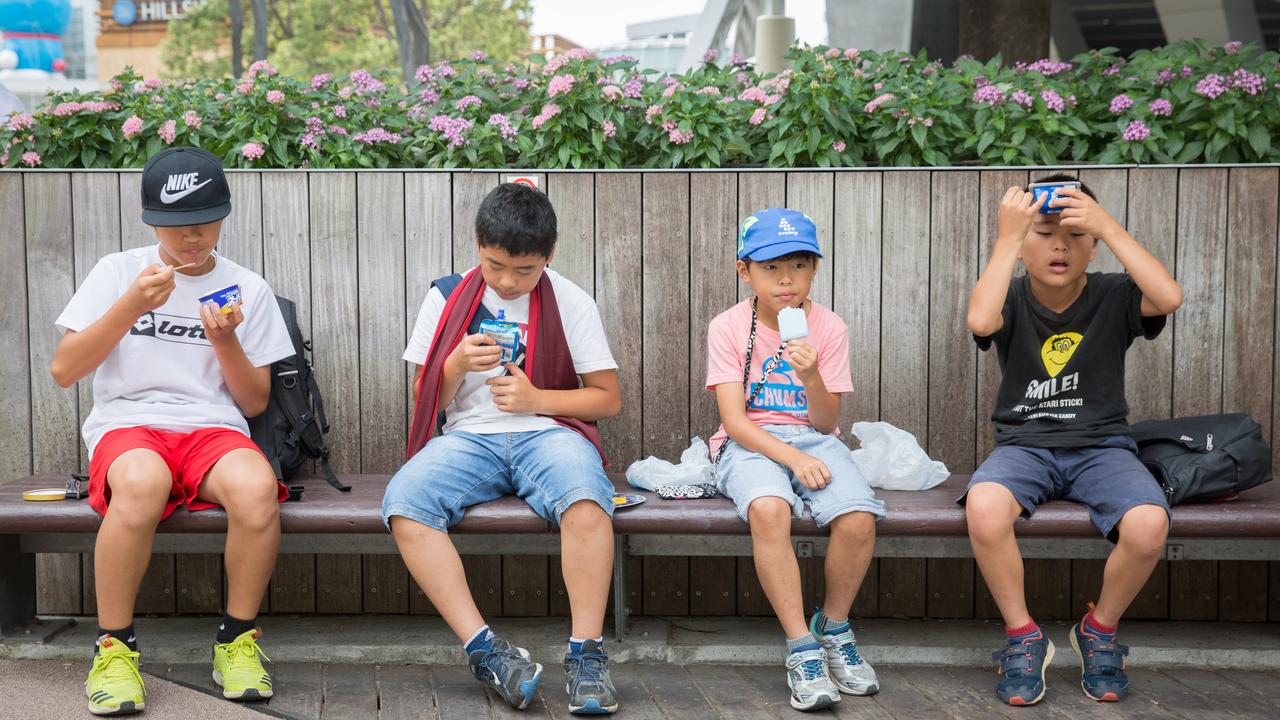 Soaring temperatures continue to cause problems across the UK, Europe and Asia as the northern-hemisphere* summer breaks records.

Japan recorded its highest temperature ever on Monday, with thousands of people in Japan and nearby South Korea rushed to hospital with heat-related illnesses in recent weeks.

And the UK is experiencing its driest summer for 225 years. Heatwaves across the UK this week have brought the country just one warning level away from the government declaring* a national emergency.

The temperature hit 41.1C on Monday in the Japanese city of Kumagaya, northwest of Tokyo, the Japan Meteorological* Agency said. That broke the previous record of 41C in Ekawasaki on the island of Shikoku on August 12, 2013.

More than 1000 people have fallen ill from May 20 to July 21 in South Korea, the Korea Centers for Disease Control and Prevention said. This is a 61 per cent increase in heat-related illness compared to last year.

Not even the usually cool UK has escaped the heatwave. Monday’s 33.3C was the hottest day of the year. Grass usually stays green all summer in the UK. This year, much of it is brown because of the heat and lack of rain. This is Greenwich Park, London. Picture: AP

While temperatures in Australia are often much higher than the UK is experiencing, the heat has prompted* the UK’s national weather service, the Met Office, to issue a Level 3 amber* alert in response to the heat. The alert is an official warning triggered* when temperatures are expected to reach 30C during the day and 15C during the night for at least two days in a row. It means it is just one level away from a national emergency being declared.

“To beat the heat, try to keep out of the sun from 11am to 3pm, walk in the shade if you can, apply sunscreen and wear a hat if you have to go out in the heat,” he said.

“Also try to carry water with you when travelling.” A woman cools off in the Fontaine du Trocadero in front of The Eiffel Tower in Paris, as a heatwave continues across Europe. Picture: AFP

Australians sometimes have trouble understanding why heat is so uncomfortable or even dangerous in the northern hemisphere. Temperatures above 40C are common in the Australian summer and our hottest-ever recorded temperature is 50.7C at Oodnadatta on January 2, 1960. There are many reasons for the difference in how people from cold countries cope with heat, including that houses aren’t built to protect people from heat, air-conditioning is not common and humans actually physically acclimatise* or get used to the temperatures we experience.

Just as people from cold countries struggle with heat, Australians used to heat could have trouble coping in extremely cold winter temperatures. Birdsville farmer Kerry Morton trying to cool off on his farm during a heatwave in Queensland in January. People who work outside also start early in the morning, work in the shade, wear hats and drink plenty to stay cool.

CLASSROOM ACTIVITIES
1. What’s the problem?
Why do you think temperatures that are normal for our summer are causing so many problems in other countries? Write as many reasons as you can think of.

2. Extension
Alaska has one of the lowest average temperatures in winter at -16C. The average winter temperature of Victoria is 10C. What would happen if we suddenly had Alaska’s average temperature? Write down all of the things that would be affected in you daily life and the environment if it was suddenly -16C.

QUESTION: What have you done to manage very hot or very cold temperature in the past? How did you change your behaviour to stay safe or comfortable?
Explain your answer using full sentences.