Scientists  have been “severely* underestimating*” our short thunderstorms, which are set to get worse.

A team of international scientists, led by Newcastle University in the UK and involving the University of Adelaide, studied intense rain storms in Australia over the past 50 years and discovered they were much bigger than expected.

They found the amount of water falling in thunderstorms is increasing at a rate two to three times higher than expected, with the most extreme events showing the biggest increases.

This is a news report of an extreme rain event in May in Hobart, Tasmania

Associate Professor Seth Westra, of the University of Adelaide, warned this meant we could see worse problems in the future.

“This large increase has implications* for the frequency and severity of flash floods, particularly if the rate stays the same into the future,” Associate Professor Westra said.

“It seems counter intuitive* when large parts of Australia are now in drought, but we need to remember Australian droughts are often broken by severe floods.

“We have always been a country of weather extremes, and it seems that climate change is causing both the dry and wet extremes to intensify.” 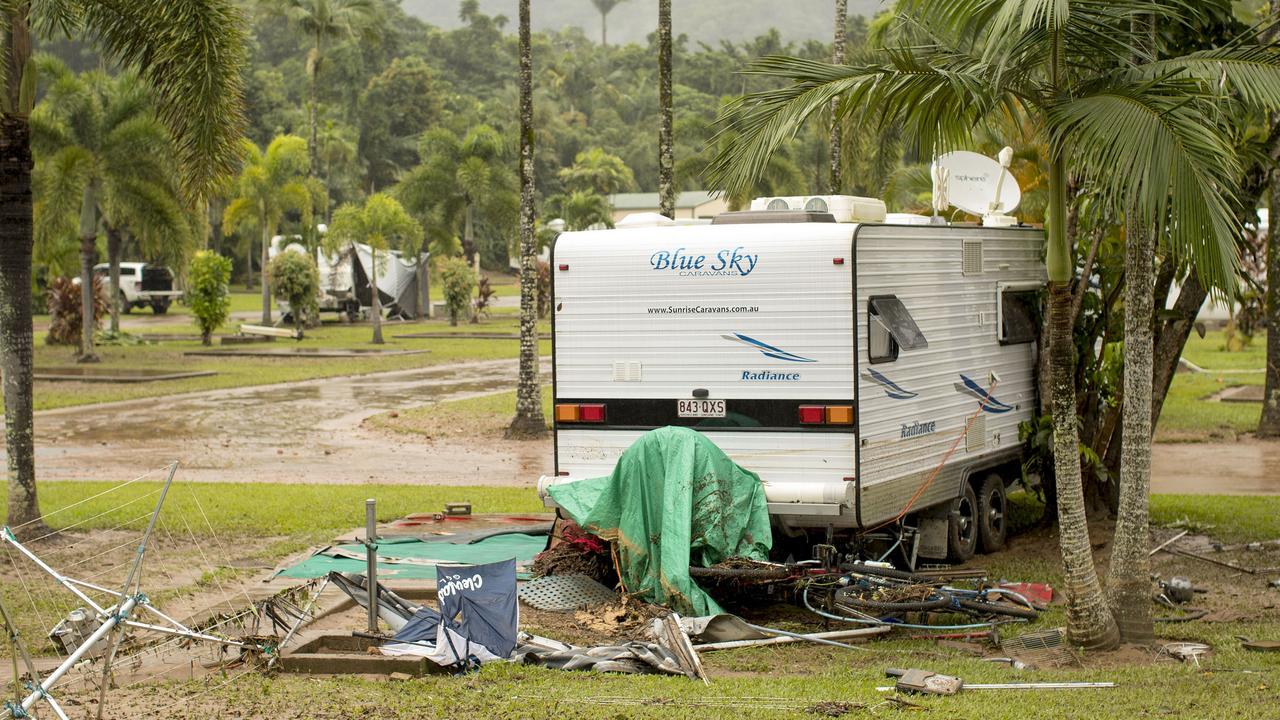 The aftermath of flash flooding in Cairns, Queensland in March. More than 40 people were rescued from floodwaters at two Cairns caravan parks as ex-cyclone Nora dropped 100mm worth of rain in about a minute. Picture: AAP

A dry period is affecting 99 per cent of New South Wales.

Below average rainfall since April 2017 has been made worse by warm, dry weather, according to the Bureau of Meteorology.

Two-thirds of Queensland and farmers in parts of Victoria, South Australia and Western Australia are also suffering. Heidi Taylor, 7, kicks up dust on the family farm outside Coonabarabran, NSW, where farmers are battling drought that many locals are calling the worst since 1902. Picture: Getty Images

The study in the journal Nature Climate Change showed that the situation was worse in the tropical north where researchers expected an increase in severity of seven per cent but returned a “highly concerning” 20 per cent. There was severe flooding at Ingham in North Queensland in March. Picture: AAP

Associate Professor Westra said the changes were well above what engineers planned for in stormwater and flood management.

severely: to an intense degree or amount

underestimating: not expecting as much

counter intuitive: the opposite to what’s expected

1. What time period did the study cover?

2. What are Australian droughts often broken by?

3. How much of NSW is extremely dry?

4. What other states are experiencing extremely dry conditions?

5. How many weather stations were included in the study?

1. Everyone needs to understand

This is a very important story, but would younger kids understand it? Rewrite the story so that everyone in your school can understand it. Remember to keep the most important information in it and keep it interesting to read.

2. Extension: Create diagrams or pictures that will help younger kids to understand the most important parts of the story.

The glossary of terms helps you to understand and learn the ambitious vocabulary being used in the article. Can you use the words outlined in the glossary to create new sentences? Challenge yourself to include other VCOP (vocabulary, connectives, openers and punctuation) elements in your sentence/s. Have another look through the article. Can you find any other Wow Words not outlined in the glossary?

HAVE YOUR SAY: What is the most extreme weather event you have experienced? What would you like to know about that weather?
Explain your answers using full sentences.