Tiago Fernandes and Marlene Nogueire with their children Eva and Diogo at Shelly Beach, NSW, trying to stay cool during a heatwave this summer.

Australian summers are getting longer and winters shorter, according to a new study of two decades worth of Bureau of Meteorology* data.

Our summers are now twice as long as our winters as climate change has increased temperatures since the middle of last century.

The report by the Australia Institute, a Canberra-based research group, compared data from the past 20 years with mid-20th century benchmarks* of temperatures at the calendar start of seasons in temperate* and subtropical* parts of the country.

Over the last two decades, summer across most of Australia has been on average one month (31 days) longer than half a century ago, while winter has shortened by an average three weeks (23 days). Koby plays in the snow at Perisher in 2015 after a big snowfall. Winter has shortened in Australia in the past 20 years be an average of three weeks, making long and good snow seasons less likely.

Over the past five years Australian summers were on average 50 per cent longer than they were in the mid-20th century based on temperature readings.

“Our findings are not a projection* of what we may see in the future,” said Richie Merzian, climate and energy program director at the Australia Institute. “It’s happening right now.”

The report was released as Australia counts the cost of a devastating and lengthy bushfire season that burned nearly 12 million hectares of bushland. 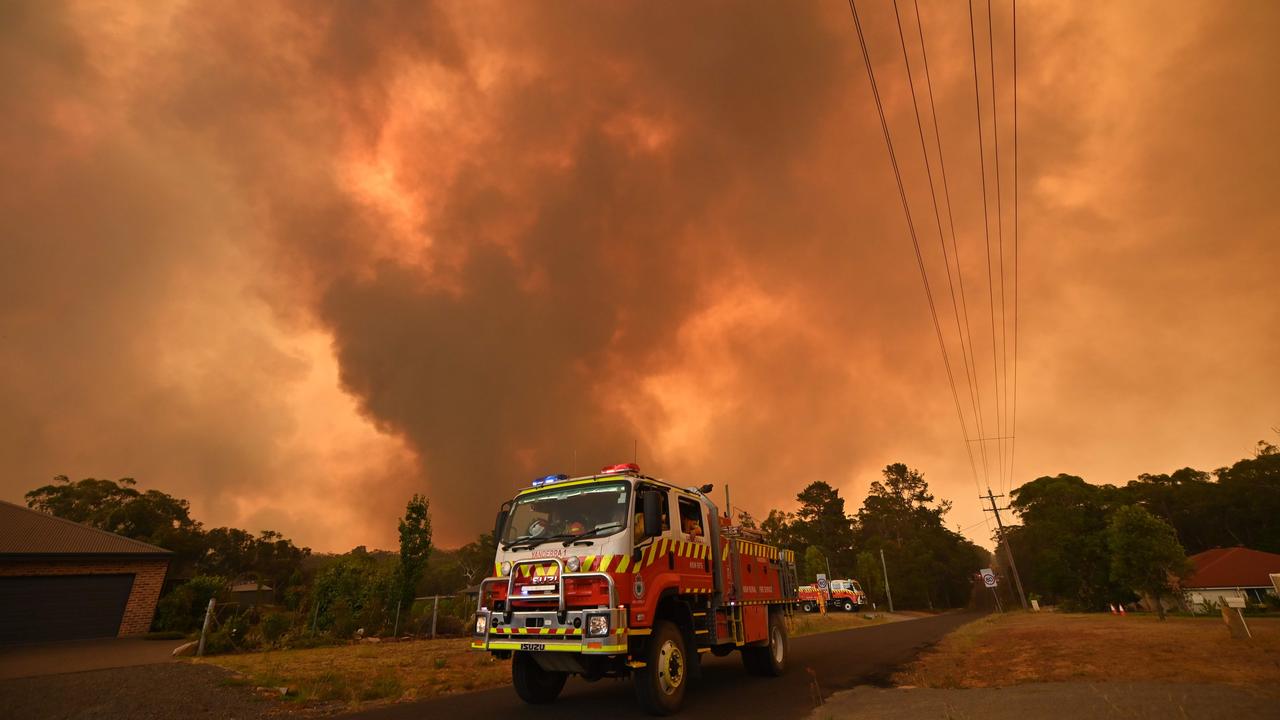 A bushfire burns in Bargo, southwest of Sydney, NSW on December 21, 2019. Picture: AFP

While the major fires have been contained or are no longer burning, more than a dozen were still burning at the end of February, which marks the official calendar end of summer in Australia.

Scientists have warned that increased temperatures and heatwaves will lead to more dangerous fire seasons and severe weather events, while shorter winters will reduce the opportunity for fire preparation work.

The Australia Institute report found that some regional areas, such as Port Macquarie on the mid-north coast of New South Wales, experienced more pronounced* shifts, with seven additional weeks of summer. The Port Macquarie region was one of the hardest hit by bushfires in recent months. 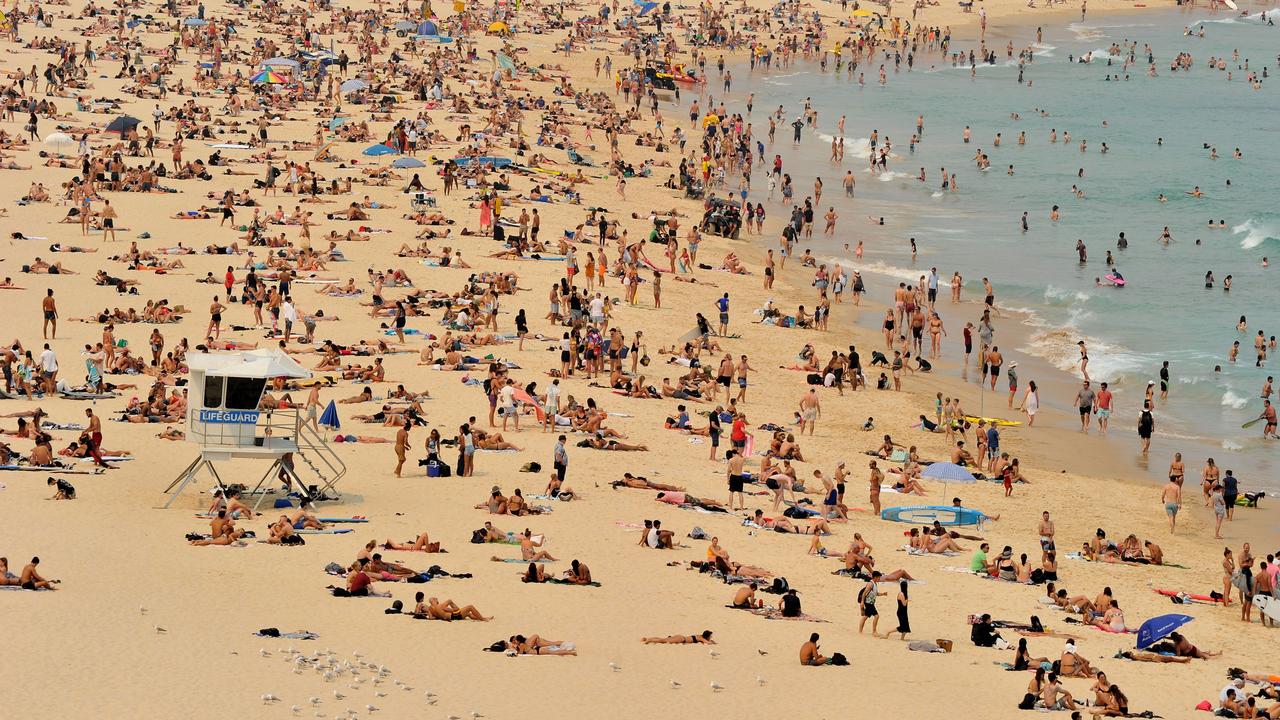 People flock to Bondi Beach to cool off as Sydney swelters through a record heatwave in December 2019. Picture: AFP

“The Australian government’s current emission* reduction targets are aligned* with three to four degrees of warming,” he said.

“Which leaves young Australians having ever-lengthening summers with significant consequences.”

The federal government has committed to the Paris agreement*, which aims for a 26 to 28 per cent reduction on 2005 greenhouse gas emissions* levels by 2030. The agreement also includes a pact* to achieve net* zero emissions in the second half of the century.

Labor* has committed to net zero emissions by 2050, but hasn’t revealed if its 2030 goal would be more ambitious than the Paris target.

Predicting drought and bushfires from space

CLASSROOM ACTIVITIES
1. Cause and Effect of Longer Summers
After reading the Kids News article, divide a page into four sections and complete a cause and effect table on the effects of longer summers and shorter winters.

Label the two columns CAUSE (possible reasons why this has occurred) and EFFECT (Environment, economy, farmers, crops, lifestyle).

2. Extension
Do you think the Australian government is doing enough to reduce emissions in a bid to reduce climate change? Do you have concerns about the future of our environment? Discuss with a friend.

HAVE YOUR SAY: How would longer summers and shorter winters impact your family?
No one-word answers. Use full sentences to explain your thinking. No comments will be published until approved by editors.